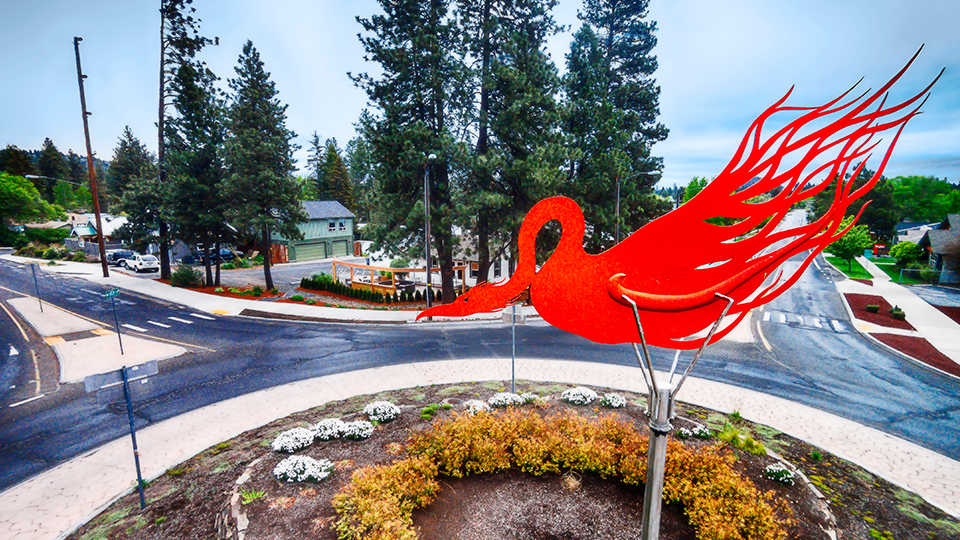 Phoenix Rising was made by Frank Boyden in 2002. While the artist named his piece Phoenix Rising, no local calls it that. Originally an insult, “Flaming Chicken” has become an affectionate nickanme for one of Bend’s earliest roundabout art installations. In fact, a smaller version of the piece – usually wearing Mardi Gras beads – graces a major intersection in the Phil’s Trail complex.

Galveston Ave and 14th St, Bend, OR Get Directions 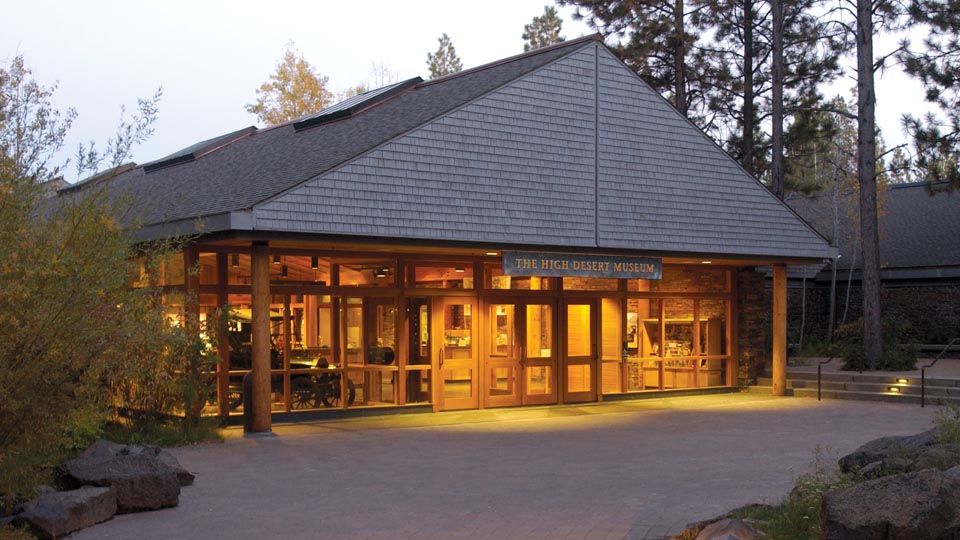 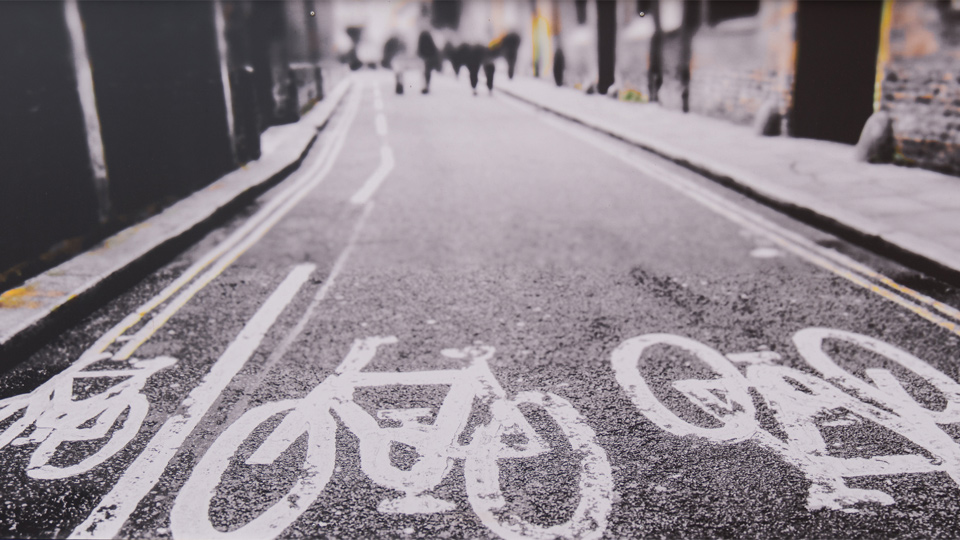 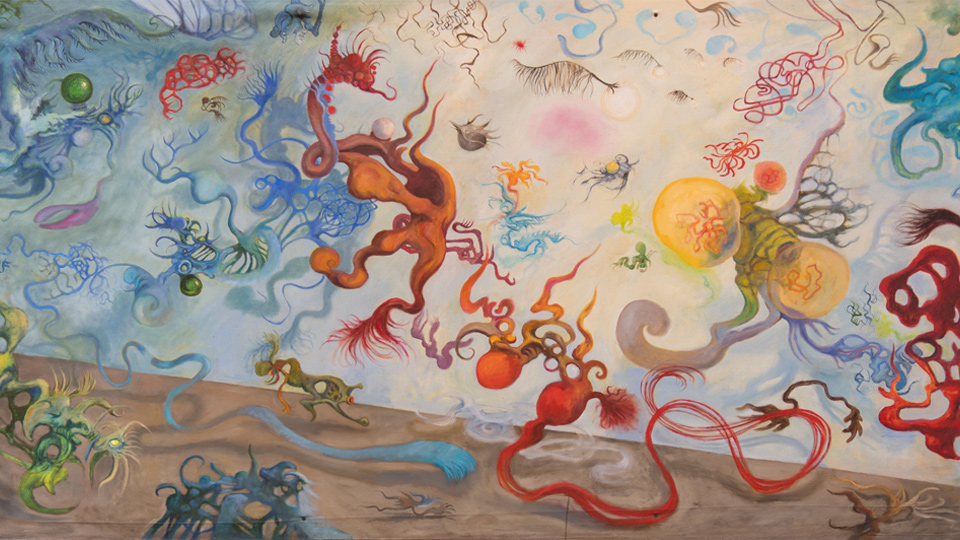 About the Piece: “A Parade of Strange Ideas” shows a spontaneous...

A Parade of Strange Ideas by Philip Newsom 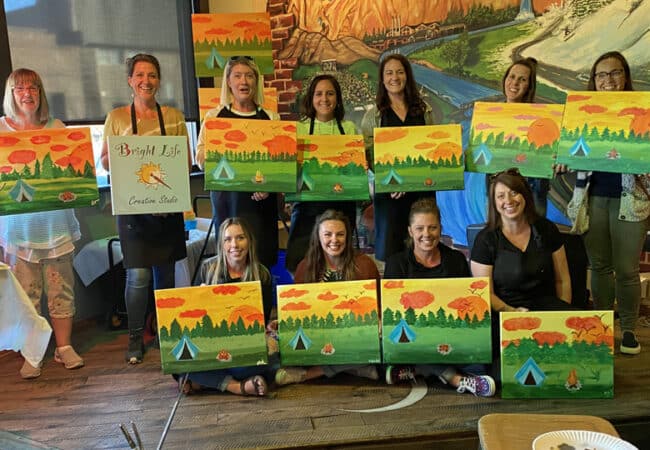 Art studio and paint nights in Central Oregon! We offer... 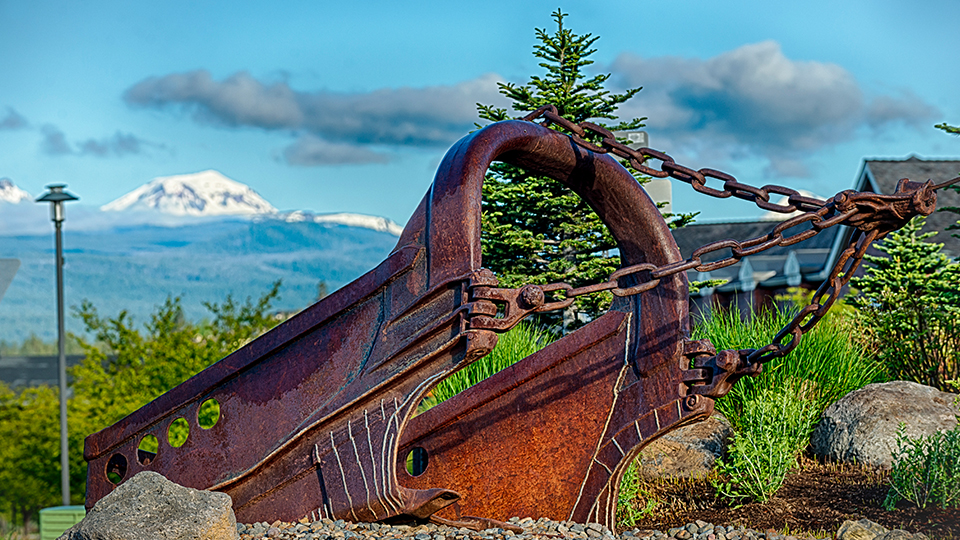 Ghost was made by Andy Wachs and Erik Gerding in... 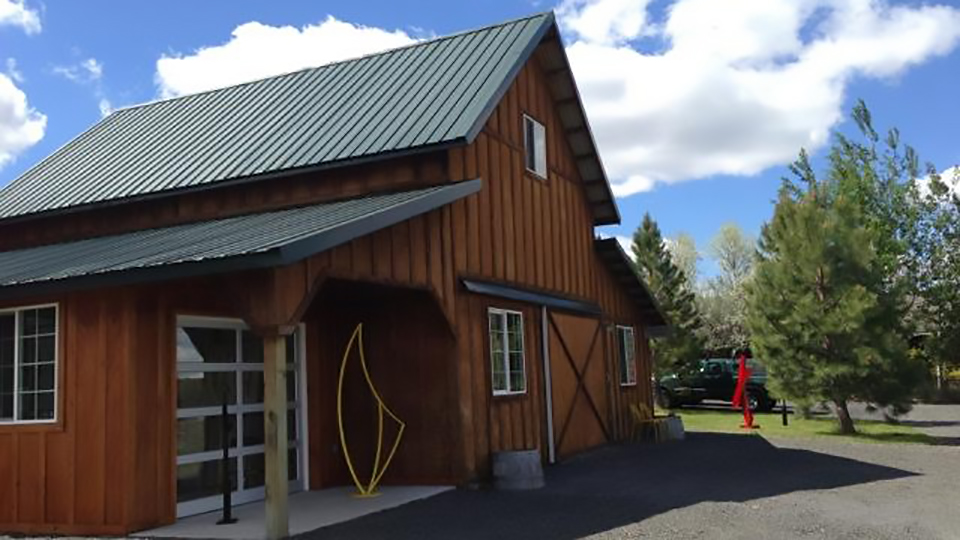 Rodes/Smithey Studio in Bend is the collaboration of two very... 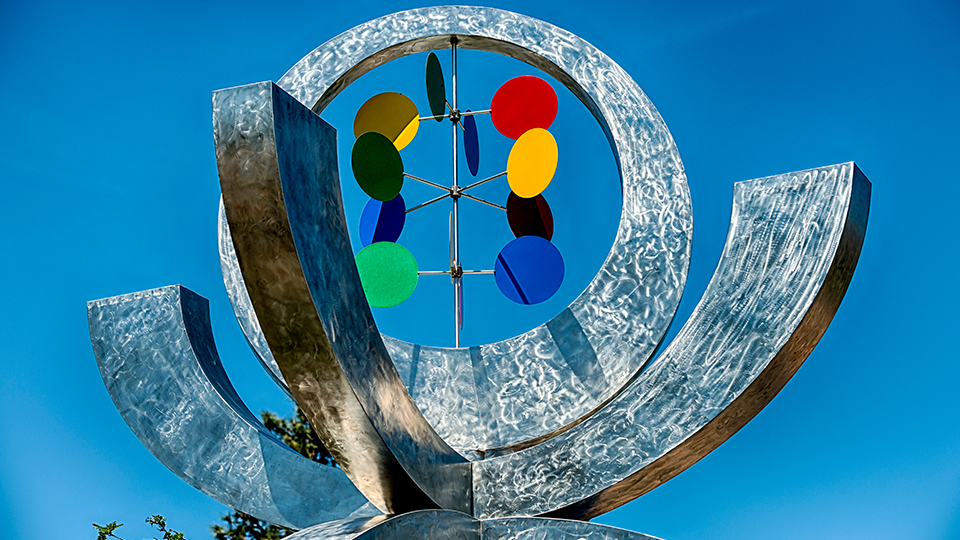 Evolution was made by Troy Pillow in 2008. Self-taught artist... 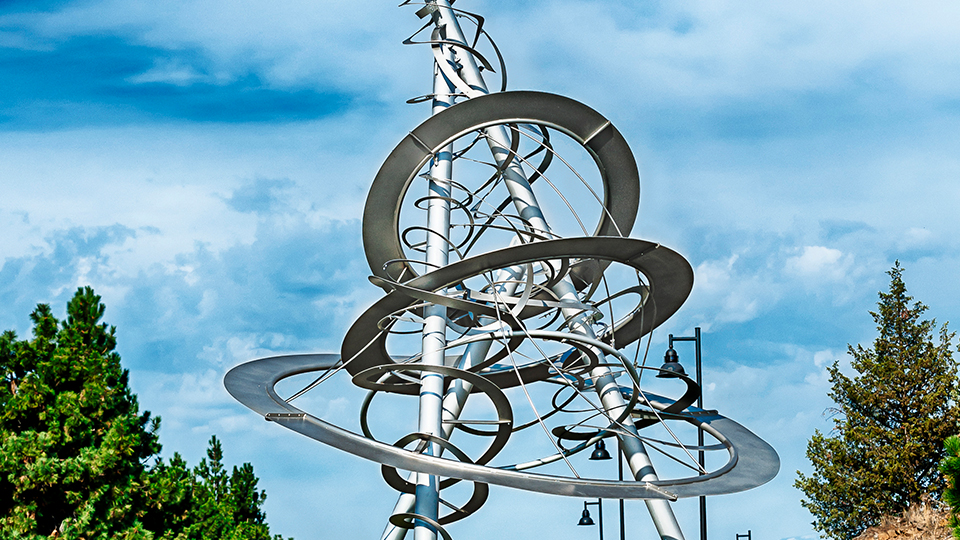 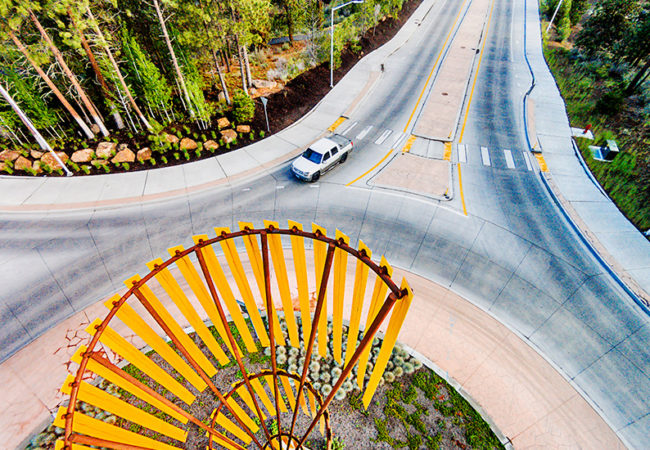 Art in Public Places is a nonprofit organization rooted in... 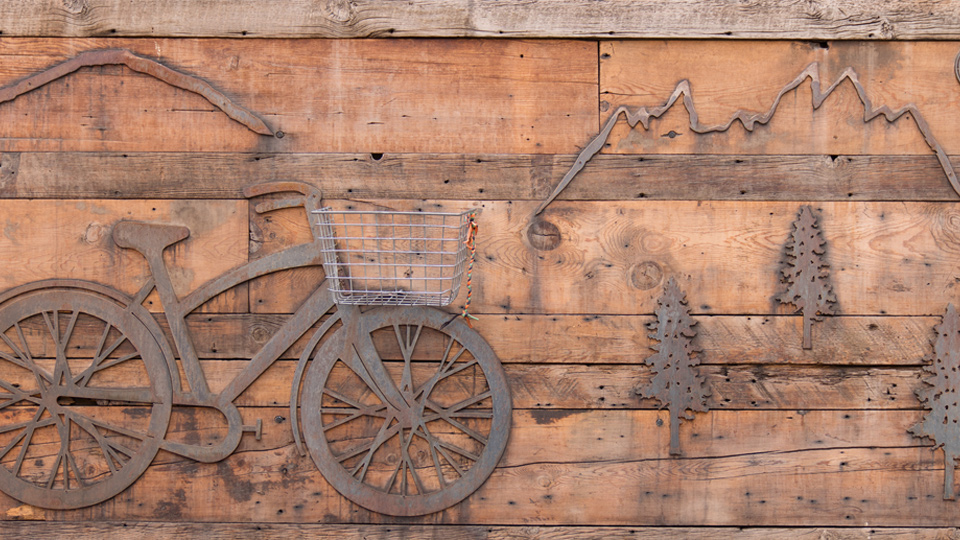 About the Piece: The mountain culture, specifically biking, has had a...

Ride with Me by Jeff Remiker 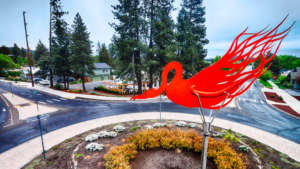