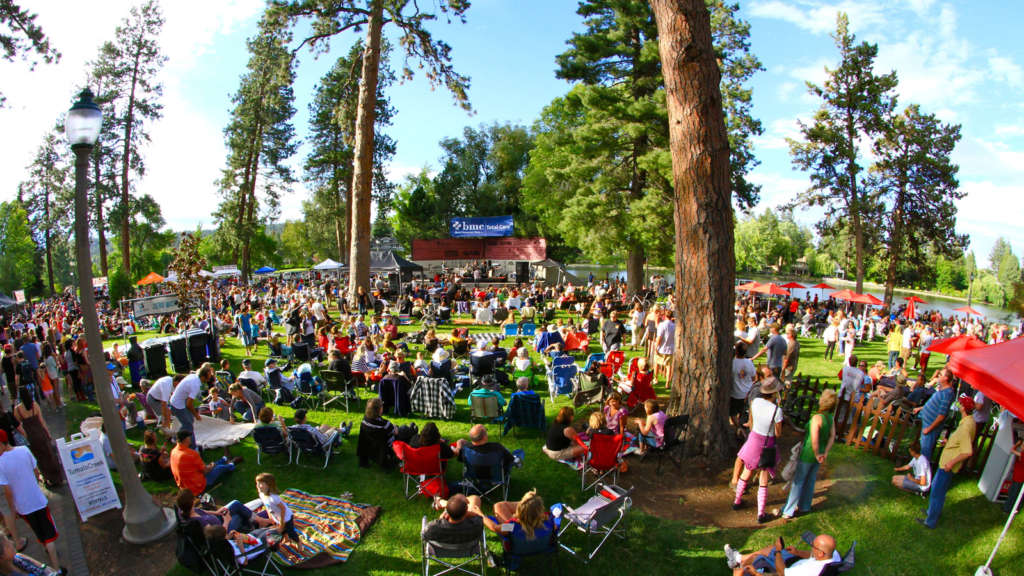 Rock your summer in Bend, Oregon with a crazy schedule of live music. The marquis are lighting up with the names of such notables as Clint Black, Willie Nelson, John Cougar Mellencamp, and Bob Dylan. Bend music lovers flock to their favorite venues: Drake Park by Mirror Pond, downtown’s Tower Theater, the happy sloping lawn of the Athletic Club of Bend, and the outdoor Les Schwab Amphitheater with the Deschutes River floating by. Here’s the summer lineup: