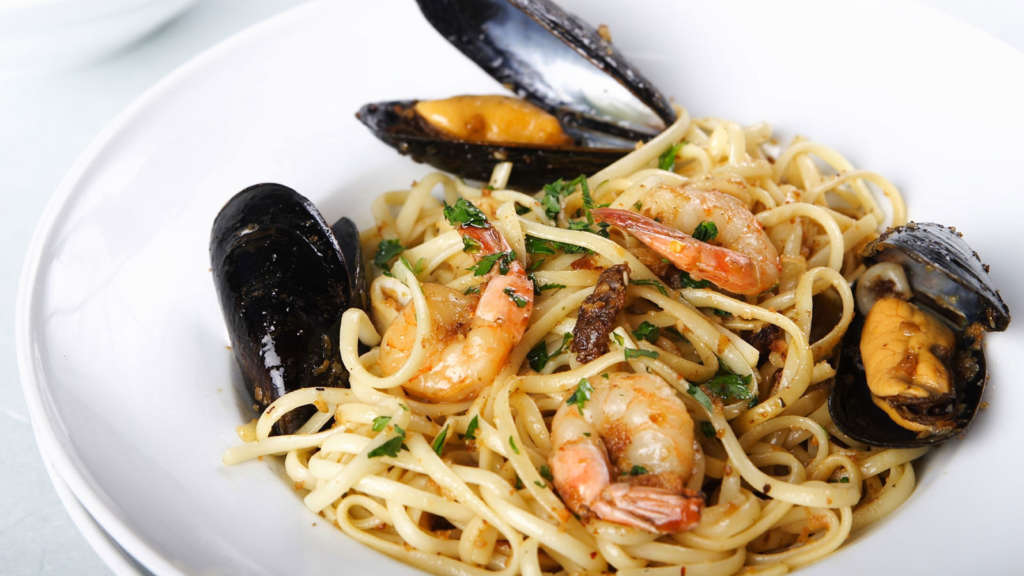 Admit it. At least once in your life, you’ve thought, “Should I really go out for Italian when it’s so cheap to make spaghetti at home?”

But there’s Italian food, and then there’s ITALIAN FOOD.

Sort of like the difference between seeing photos of Venice and lying in a gondola trailing your fingers in the water as you sip Chianti and listen to a throaty serenade from your gondolier. 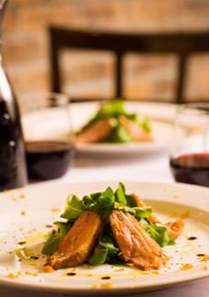 I’ve spent time in Italy, and while I may be struck dead for saying so, I’ve never had Italian food done as superbly as what’s served at Bend’s Trattoria Sbandati.

A bold statement, though a quick conversation with chef Juri Sbandati makes it clear he’s not too far removed from his home country, where he mastered Italian cuisine.

Every morsel of food at Trattoria Sbandati is exquisitely prepared. Take the bread, for example. Bread is bread, right?

Wrong. At Trattoria Sbandati, the focaccia is perfectly dense and salty on the outside, airy and warm on the inside, and drizzled with the most heavenly olive oil you’ll ever taste.

Then you have starters – salad is simple, isn’t it?

Again, not so simple. The Insalata alla Gorgonzola is served with gorgonzola dolce, walnuts, and golden beets over fresh greens. Then there’s the Insalata alla Porchetta – succulent pork rib meat over arugula dressed with lemon and olive oil.

Our party of three quickly gave up all pretence of being polite and just started shoveling salad onto our plates to make sure we each got our fair share.

Next, we were craving pasta. We opted for the Tagliatelle al Gorgonzola – a wide noodle so tender I wanted to wrap myself up in it like a blanket. The other diners were staring, so I opted for eating it instead, savoring the creamy gorgonzola, walnuts and arugula.

Then came the Gnocchi – handmade and served with porcini mushrooms and parmiggiano reggiano with a hint of truffle and sage. It wasn’t actually on the menu, but our server recommended it so enthusiastically we had to try it. 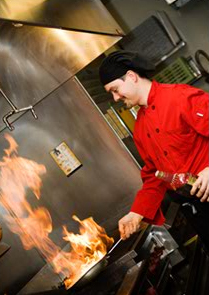 As a rule, I’m not a fan of mushrooms. After eating this dish, I decided to rethink that rule. The gnocchi were soft little pillows infused with so much flavor I think I whimpered when I put one in my mouth.

Though we were seriously stuffed by then, we had to keep going. There was no way we wanted to miss a morsel of food. We ordered the Melanzane all Parmigiana (otherwise known as eggplant parmesan) and a plate of Polpette – the chef’s famous Italian meatballs with a side of sautéed spinach.

We summoned our server after the first bite of meatball. “What on earth is in these?” we asked. “They’re the most amazing meatballs we’ve ever tasted.”

She smiled, politely ignoring the fact that we were all drooling. “It’s a secret. He never tells.”

We glanced toward the kitchen, all thinking the same thing. If two of us held him down, and one person tickled him, maybe we could get him to tell us…

But we weren’t prepared to forgo dessert, which was a delectably creamy tiramisu dusted with bittersweet chocolate. We all insisted we didn’t have room, yet somehow managed to wolf down the entire thing in about 30 seconds.

Make sure you call for reservations, as the space is small and they often host special theme dinners and wine tastings.

And if you think of a way I can get that meatball recipe without resorting to torture, let me know. I’ll be stalking the chef in the parking lot.