WinterFest and Zwickelmania collide to create the best winter weekend in Bend, Oregon! 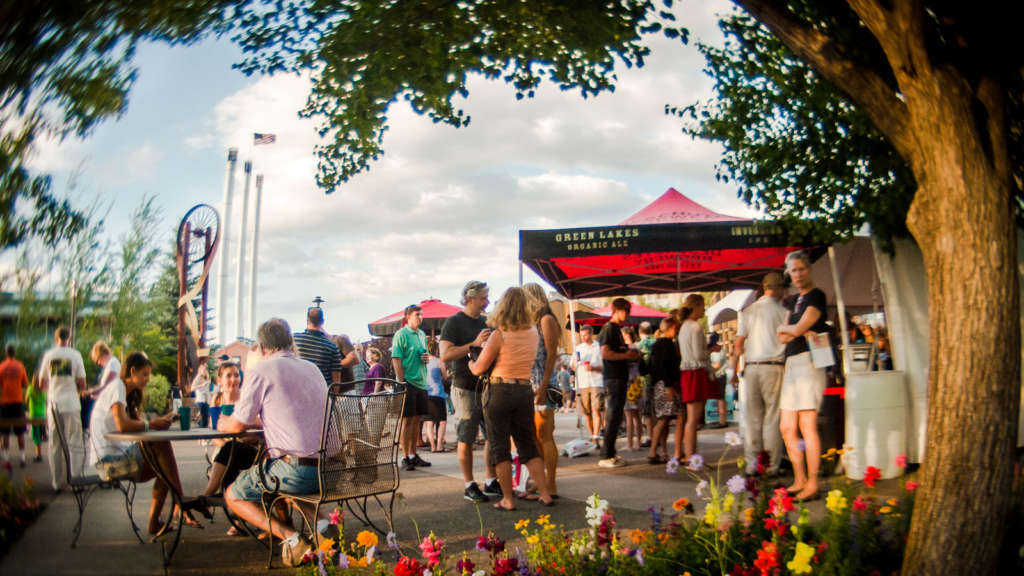 I could lose my Bend citizenship for saying this, but I’m not a huge fan of winter. By the time February rolls around, I’m grumbling about ice on my windshield and muttering that if I moved to Tahiti, I’d never need to shovel snow.

Then, like a beacon of light, President’s Day Weekend rolls around. In an instant, I remember exactly why I live in the coolest city on the planet. Here’s what’s coming up this weekend when two of the hottest events of the year coincide to create an amazing extravaganza of fun:

What the @#$% is Zwickelmania? 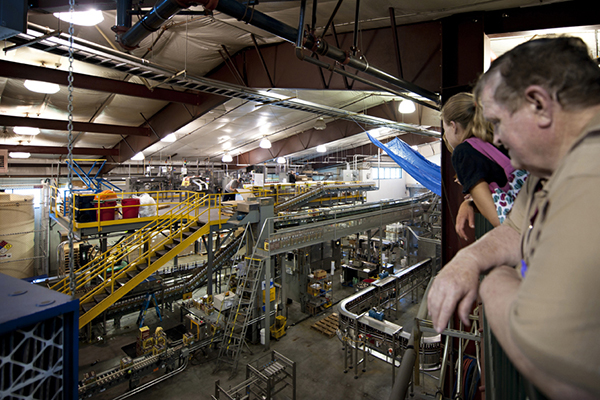 Taking the tour at Deschutes Brewery.

I’m not exaggerating when I tell you this event was one of my highlights of last year, and the 2012 lineup promises to be even better.

Though the Bend Ale Trail provides an excellent way to navigate among Bend’s local breweries any day of the year (and earn prizes for doing it!) Zwickelmania makes it even better. Think of it like the breweries throwing out an extra large welcome mat and hosting the best party you can imagine. That’s Zwickelmania.

New stops include Yet to be Named Brewery, the new endeavor by Larry Sidor (former head brewer for Deschutes Brewery, and mastermind behind some of their most popular beers); Dave Wilson of San Francisco-based 21st Amendment Brewery; and Paul Evers of tbd Advertising. Though the brewery won’t open for months, this is your chance to scope out the new facility, sample some beer, and learn more about what’s on the horizon.

Not to be outdone, other local breweries have good stuff on tap as well. 10 Barrel Brewing is rolling out the barbecue and offering glimpses of their seldom-seen brewing facility on Bend’s northeast side. Deschutes Brewery – recently lauded by Via magazine for having one of the best brewery tours in the west – will add an extra feature to their tour, giving visitors a glimpse into the rarely seen Huppman brewhouse and lower warehouse. GoodLife Brewing Company is teaming up with Cycle Pub to offer tours and group rides.

Oh, and best of all, your designated driver is already lined up. Wanderlust Tours and GETIT Shuttle are teaming up to offer a free shuttle between all the brewery stops. The schedule is posted online, so be sure to check it out. (Insider tip: I highly recommend printing that page. I failed to do it last year, thinking I’d just remember all the times and stops. Apparently, beer makes one’s memory a bit fuzzy. Who knew?)

I blogged about this a couple weeks ago, so you can check out that post for all the details about music and events. But just to recap, here are some of the highlights:

So what are you most looking forward to this President’s Day Weekend? Please share! And be sure to say hello if we cross paths at any of these terrific events.

9 new things to try in Bend this year

Welcome to a new year filled with fab things to try in Bend. While COVID slowed some new businesses setting up shop in Bend, lots...
Read Post

I just spoke with Santa. Don’t worry, I didn’t tell him about the thing that would have earned you a huge hunk of coal in...
Read Post

It’s been a weird year, friends. Between a global pandemic and an election cycle that left us feeling like chewed-up gummy bears on a boot...
Read Post