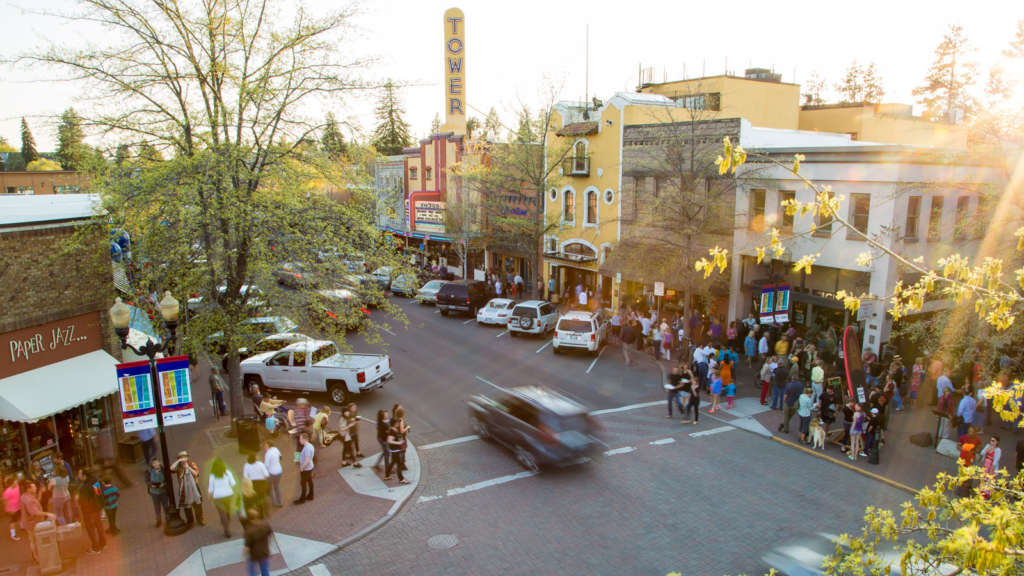 Is solitaire your style, or are you up for a frisky game of strip poker?

Er, that’s not an invitation. But it is one way you can use the awesome new custom illustrated playing cards featuring 52 detailed sketches of unique Bend landmarks. 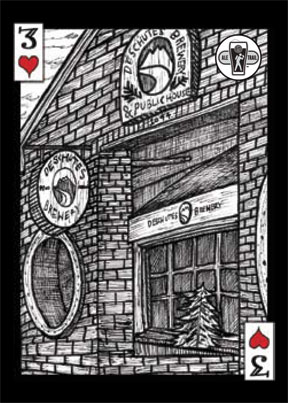 The playing card created with Aaron’s sketch of Deschutes Brewery. 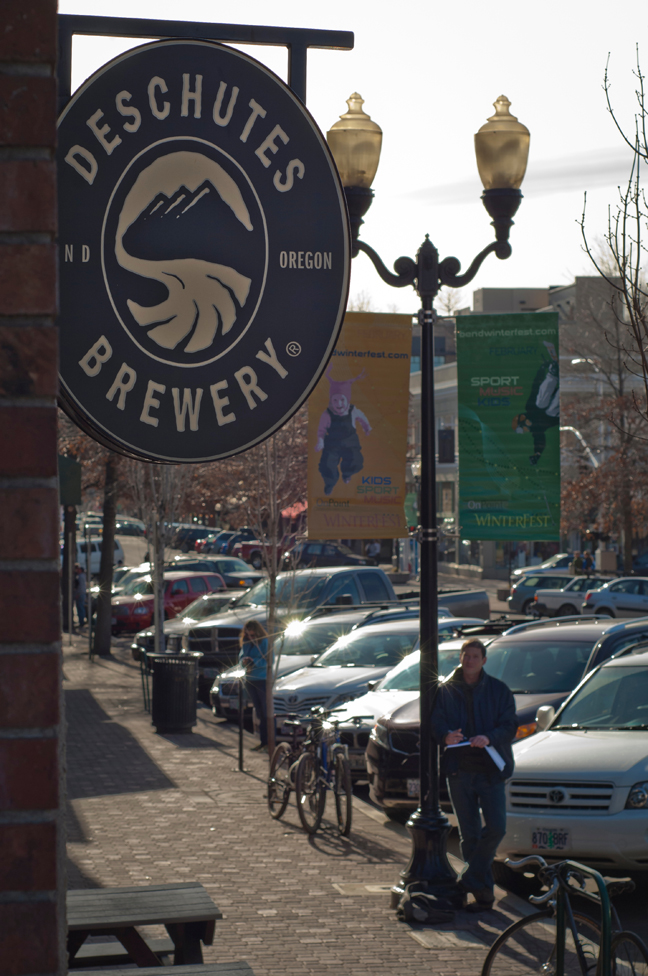 You can also skip the games and just enjoy the cards for what they are – one of the coolest collections of Bend art you could ever hope to hold.

Several months ago, Visit Bend solicited the talents of renowned sketch artist, Aaron Trotter. Aaron is well known for his pen-and-ink sketch work, but it’s his playing cards that put him on the map – literally. Aaron has created decks of playing cards for Portland, Astoria, Seattle, Vancouver BC, San Francisco, and Paris.

Bend, however, was Aaron’s first custom deck, and I was lucky enough to follow him around one chilly morning to watch the master at work. The process was fascinating.

Aaron is a stickler for sketching everything on-location – no working from photos. As he stood near the footbridge over Mirror Pond in Bend’s Drake Park, I watched as he used a ballpoint pen to capture the details of the ducks paddling around in frigid water. 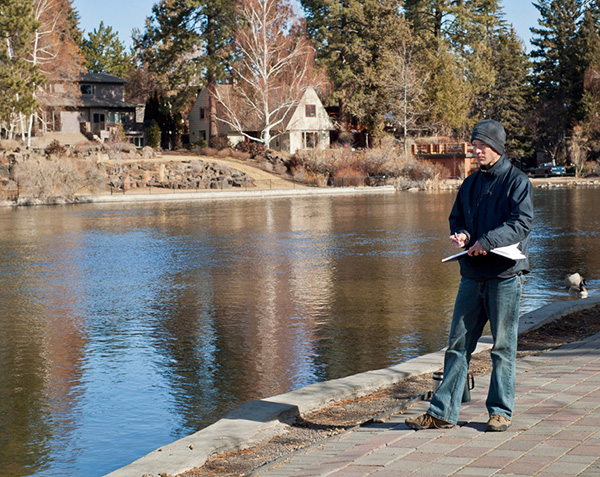 Though he normally takes the sketches home to Portland to finish, we found a nearby bench so he could demonstrate the inking process. His tools include his grandfather’s quill pen, a fountain pen his aunt bought in Paris in 1910, and a generous supply of Higgins ink.

On average, he told me each sketch takes 20-30 minutes for drawing, and another hour to hour-and-a-half for inking. Tally up the number of playing cards in a deck, and you know this project was no simple undertaking.

The Mirror Pond scene I mentioned (the eight of diamonds, in case you’re wondering) is one of 52 scenes appearing on the backs of these super cool playing cards. Other landmarks include breweries, mountains, historic buildings, local art, recreation sites, and Mt. Bachelor. The latter appears on the cover of the box, since the Visit Bend team decided that’s one of the most recognizable Bend landmarks of all. 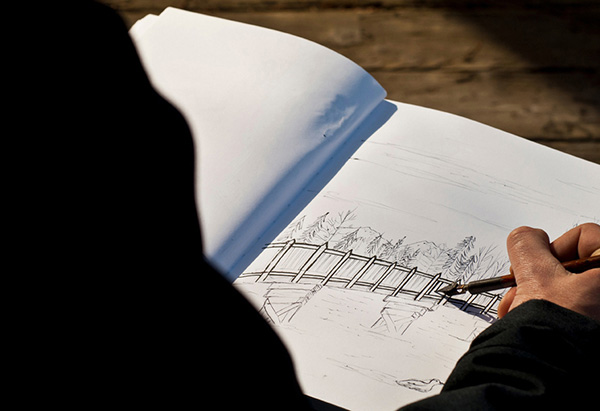 Aaron Trotter inks his sketch of the footbridge in Drake Park.

Want to get your hands on a deck of cards? You can pick them up at the Bend Visitor Center for $20, or online at visitbend.com. You’ll also see them at the Portland Saturday Market. Vendors interested in selling the cards can contact Visit Bend directly about wholesale pricing.

If you’re interested in winning a deck, just leave a comment sharing your favorite card game. We’ll draw a winner on Tuesday, April 24.