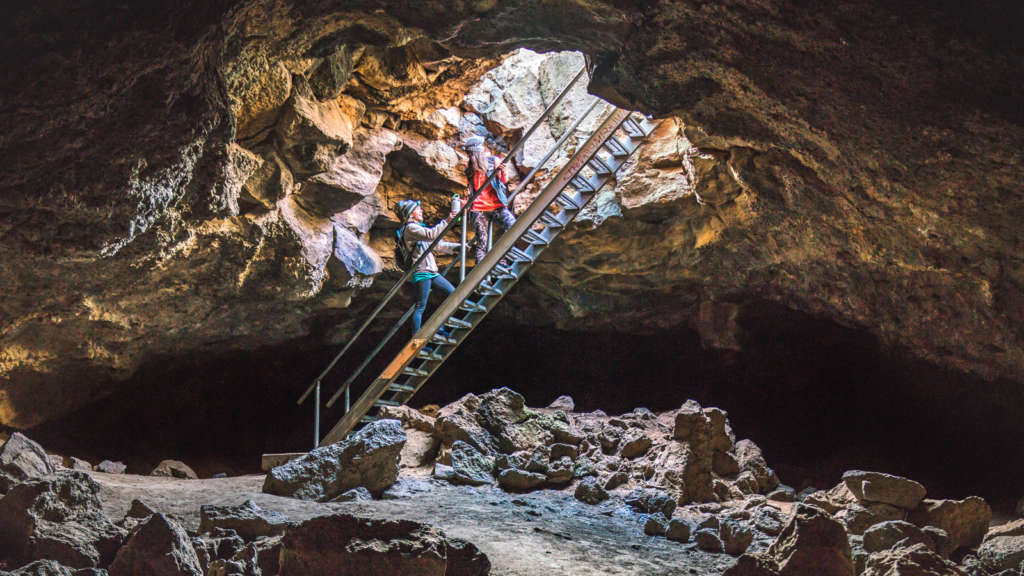 Welcome to your fourth edition of Mind Bend-ers, a special feature offering you the inside scoop on quirky Bend history and offbeat trivia.

We all know Bend is a beer town, but that wasn’t always the case. In 1844, Oregon Territory banned alcoholic beverages—something many regard as the first prohibition in the United States. The law was repealed in 1845, but Oregonians voted again in 1915 to ban alcohol. That’s four whole years before federal prohibition kicked in!

Let’s all pause a moment and shudder at the thought of Bend with no breweries. Or distilleries. Or wineries. Or…well, this is too grim to contemplate, so let’s move on with the story. 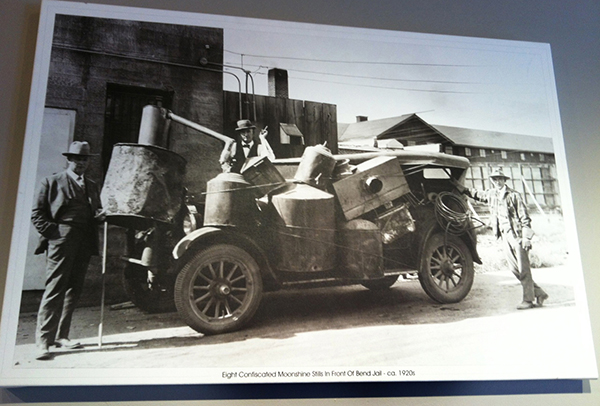 This image (mounted on the wall of The Lowes Group real estate office on Bond Street in Downtown Bend) shows stills seized during prohibition in Bend. Legend has it they mysteriously vanished after this photo was taken, and went back into service within a few days.

Right around the time Oregon was busy banning booze, Bend was in the midst of a big timber boom. Brooks-Scanlon and Shevlin-Hixon opened monstrous mills along the Deschutes River within a month of each other in 1916, and companies fought to lure timber workers.

Lumberjacks flocked from the Midwest—big, strapping German guys who’d been knocking down jack pine and knocking back moonshine in places like Minnesota and Wisconsin. When they arrived in Bend, they found plenty of forests, but no booze.

This would never do.

Logging the copious trees around Bend, they discovered something else the area had in abundance—caves. Oodles of caves and lava tubes with plenty of dark places to make moonshine.

So that’s what they did. And while authorities occasionally raided and seized the equipment, it seldom took long before the stills were back in service.

“When many of the caves of Central Oregon were ‘discovered’ in modern times, they had stills in them,” explained Jeff Gartzke, a naturalist guide who leads cave tours and other expeditions for Wanderlust Tours. “There’s also a great deal of glass in many of the caves, some of which dates back to the prohibition era.”

Want to take a gander at the cave systems that played such a unique role in Bend’s history? Book a cave tour with Wanderlust and get up-close-and-personal with the city’s underbelly.

Just save the moonshine for afterward, OK? 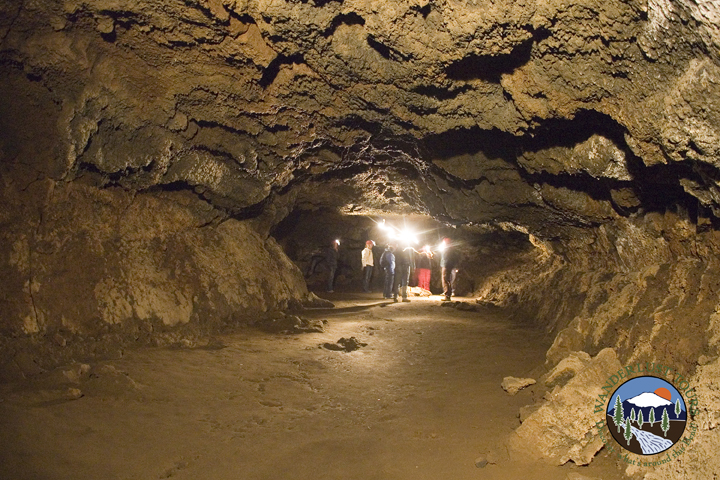 Get a good look at Bend’s cave systems when you book a tour with Wanderlust.