Four things I was wrong about in Bend, Oregon 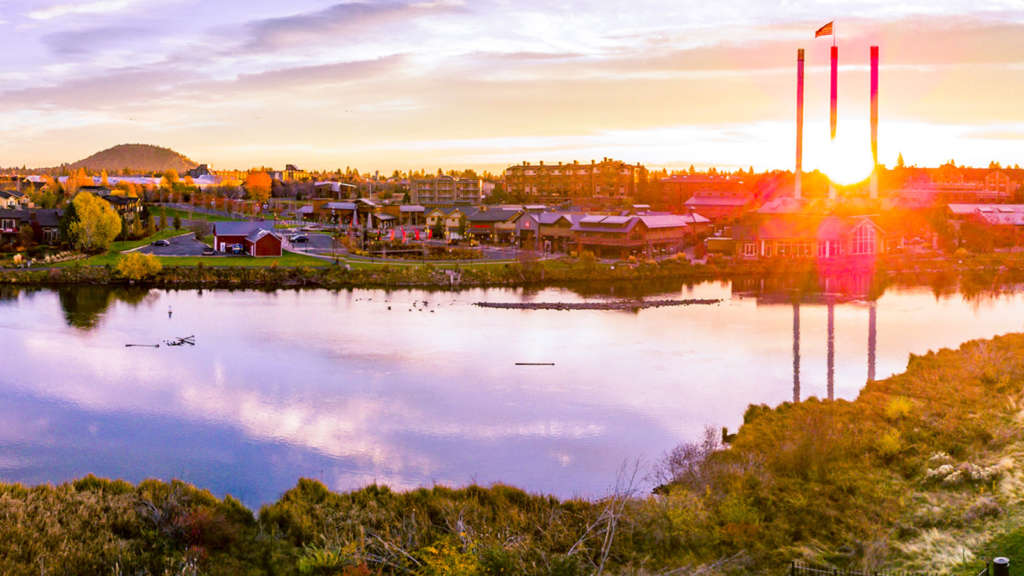 They say it takes a big person to admit when he or she is wrong. Since I’m getting measured for my wedding dress soon, I’m not sure I want anyone labeling me “big.” Nevertheless, I’m ready to confess there are a number of things I’ve been wrong about in my 16+ years living in Bend. Here are four of them.

I WAS WRONG . . .to think canned beer sucks 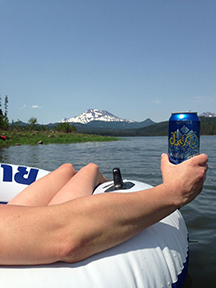 Enjoying my cold can of Sweet As from GoodLife on Elk Lake last summer.

I remember my dad sipping beer out of cans when I was a kid, but my first experience trying it myself was in college. It wasn’t good. Maybe it was the cheap beer, or maybe it was the canning process used back then. Either way, canned beer became stuck in my mind as watery, metallic-tasting liquid I’d prefer to avoid.

Oh, how times have changed. The canned beer craze is booming in the craft beer industry, and it’s a whole new ballgame from what I remember 20 years ago. For starters, the materials have improved, which means that tinny taste in canned beer is a thing of the past. In fact, many brewers will argue the canning process actually preserves the beer’s flavor better than glass bottles do. For starters, cans reduce the amount of oxygen in the vessel and protect the brew from harsh light that can degrade it. Cans are also easier to transport, cutting back on shipping and breakage costs for breweries, and making it easier for recreation-minded Bend vacationers to tuck a few cans in a cooler or backpack. 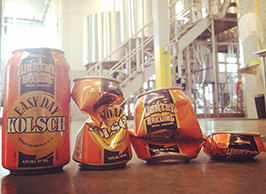 Worthy Brewing it is crushing it with the canned beer craze.

GoodLife Brewing was the first Bend brewery to jump into the canned beer revolution, and you can now find six-packs of Descender IPA and Sweet As in grocery stores all over Oregon, Washington, and Idaho, including Safeway, Trader Joe’s, Fred Meyer, Albertsons, and smaller, locally-owned shops. The latter is one of my favorite things to pack for a summertime picnic at the lake.

Worthy Brewing began canning its beer in August 2013, just six months after opening. They now sell Worthy IPA, Pale Ale, Easy Day Kolsch, and Lights Out Stout in cans, and you can find six-packs at Safeway, Fred Meyer, Albertsons, and small grocery stores and bottle shops around Oregon, Washington, and Idaho. I can personally attest to the fact that the stout makes an amazing brew to sip beside a winter fire. 10 Barrel Brewing also offers their Pub Beer in cans, though you can only purchase it in one of their pubs.

If you’re not a canned beer convert yet, pick up a six pack of one of those brews and give it a shot. I promise you’ll be pleasantly surprised.

I WAS WRONG . . .to grumble about the Old Mill District 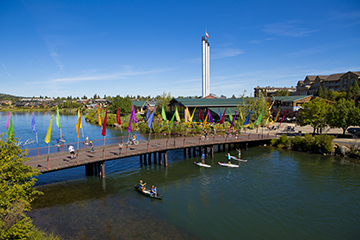 The Old Mill District has turned the rundown site of a former sawmill into something truly magnificent.

One of the first jobs I had after moving to Bend in 1997 was in an office overlooking a section of the Deschutes River that now houses the Old Mill District. Back then, the area was the vacant site of two former sawmills, and I’d walk the dusty, empty riverbank every day with my dogs. I’ll admit that when I heard about a shopping district moving in, I grumbled along with other locals who worried this private little section of river would be “ruined.”

But instead of stealing it from me, they managed to improve it and make it accessible and beautiful for everyone. I can still stroll the riverbank with my dog, but now I can do it on paved paths leading to amazing restaurants where I dine at outdoor tables with my pooch. I can still enjoy killer mountain views, but now I can do it from my picnic blanket at the Les Schwab Amphitheater while grooving to music from Dave Matthews Band and Jack Johnson. Where I might have hesitated before to drag out-of-town guests through dust and rocks and waist-high weeds, I can now proudly take them to fun festivals, hip restaurants, or a girls’ shopping trip followed by cocktails and an evening of standup paddleboarding.

Now that the Old Mill District has been part of Bend for more than a decade, I can admit they’ve done an outstanding job rescuing and preserving the area, and it’s one of the best things to happen to Bend in my 16+ years here.

Most Bend residents have a keen ability to gaze out at the mountains and say, “wow, Jefferson got some snow last night,” or “Broken Top is really socked in.” 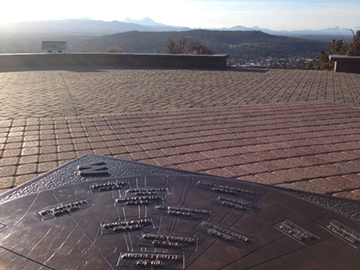 Learn the names of all the mountains from the handy guide atop Pilot Butte.

I am not one of those people.

No matter how many times I look out over the Cascade Mountains and urge myself to remember the difference between Mt. Bachelor and South Sister, I will fail. If you stop me on the street and ask me to name the mountains, I might give it my best shot, but there’s a good chance I’ll be wrong.

The one place I’m on safe ground, however, is at the top of Pilot Butte. There, I can study the handy reference guide with arrows pointing to each of the peaks and spelling out their names. If we ever meet atop the Butte, please ask me to name the mountains. It’ll make me feel smart.

And if you struggle with mountain nomenclature yourself, use this as a good excuse to plan your own little hike up Pilot Butte. 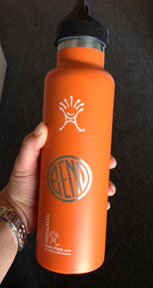 For years I watched friends tote their brightly-colored Hydro Flask water bottles and thought, “they’re just being trendy. Why would anyone pay that much for a @#$% water bottle?”

Now that I’ve owned one for more than a year, I’m not only eating my words, but washing them down with perfectly-chilled ice water. I can throw a handful of ice cubes and some water in the morning, and I’ll still have ice water by 10 p.m.  My fiancé uses one for coffee and says it offers the same insulation for hot drinks.

I carry it constantly in my purse and to the gym, and it never sweats or leaks or gunks up my backpack. The Hydro Flask is double-wall insulated, BPA free, and stainless steel. I’m partial to the 21-ouncer we sell at the Bend Visitor Center for $28, but you can get a smaller 18-ounce size for $25, a 40-ouncer for $36, or a 64-ounce growler for $55. Worth every penny, and the ones we sell here have a cool Bend logo.

Sometimes, you want to walk in circles. I don’t mean twirling ‘til you're dizzy (though if that’s your jam, rock on with your spinny self)....
Read Post

You could argue that every month is Bend Ale Trail Month...
Read Post
‌