5 outdoor activities to burn off your beer calories in Bend 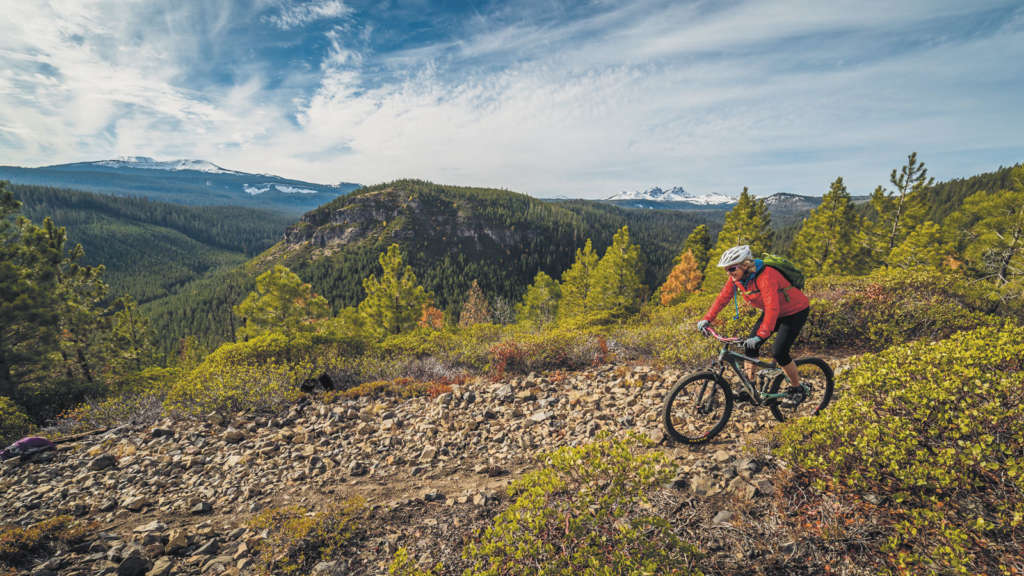 I also like wearing a bikini without cringing in horror each time I catch a glimpse of my reflection in the Deschutes River.

Using this website, I plugged in the stats for the CDC’s estimation of an average 35-year-old woman (5’4” and 166 pounds). I don’t know about you, but none of those numbers apply to me personally, so you’ll probably want to plug in your own stats to get an accurate calorie count.

But this is more for fun than for actual scientific research, so here we go with my roundup of how much Bend recreation you’ll want to enjoy to cancel out all those extra calories along the Bend Ale Trail.

Hike Pilot Butte to earn some suds from Worthy Brewing

Pilot Butte is the 500-foot dormant volcano in the middle of town, and folks enjoy driving, hiking, or jogging to the top for a killer views of the city.

It so happens Worthy Brewing is located just a little east of Pilot Butte and boasts splendid views of the landmark. It’s convenient for watching fireworks when Independence Day rolls around, but also a handy way to remind yourself what you’ve gotta do to earn those tasty Worthy beers.

Craving something simple like their Easy Day Kolsch? It’s light, crisp, and on the low-cal end of the spectrum at 130 calories for a 12 oz serving. Using those stats I gave earlier, our 35-year-old woman could enjoy a leisurely, 40 minute stroll with her dog around the flat little track at the base of Pilot Butte and burn 159 calories. Score! You can even put an olive in that Kolsch if you want.

Eyeing something heftier like Worthy’s Dark Muse Imperial Stout? That bad boy comes in at about 350 calories, so you’ve gotta hoof it to the top of Pilot Butte to earn it. Figure the whole hike takes a bit less than an hour, and half of it is the equivalent of walking up stairs, while the other half is a mellow downhill hike. That should burn around 500 calories, which is more than enough to earn you that Dark Muse and a cozy spot by one of Worthy Brewing’s fire pits.

I’m not a golfer, so I was a little stunned when I learned the number of calories you burn whacking a ball around the course. A golf-fanatic pal told me it takes an average of two hours to play nine holes, and when I used our handy online calculator and selected the option to carry your own clubs, it showed me a whopping 916 calories. This article confirms what our little calorie counter says, so we’re going with it!

There are more than two dozen golf courses around Central Oregon, and most of them boast drink carts stocked with tasty Bend craft beer. On a hot day, few things taste better than a cold can of Sweet As Pacific Ale from GoodLife Brewing, and the drink cart at River’s Edge Golf Course has plenty to go around (along with brews from other favorites like Deschutes and 10 Barrel).

But let’s focus on the Sweet As, since its mild flavor and Pacific hops make this the perfect easy sipper for a warm day in Bend. A 12 ounce can of Sweet As has 183 calories, which means you could have three or four of these and still reap some calorie-burning benefit from your golf game (though your golf game may not benefit from that much beer).

If you do opt to guzzle several cans, be sure you line up a sober driver or a cab, OK?

Earn your Deschutes beer with an afternoon of paddling or skiing

When summer rolls around, I start itching to hop on my standup paddleboard and hit the Deschutes River. One of my favorite post-paddle treats is River Ale from Deschutes Brewery. At 140 calories for a 12 ounce serving, I only need to paddle for 20 minutes to kill 159 calories. Since I usually go for an hour in an afternoon of SUPing on the Deschutes River, I can have two beers or nibble a couple hot wings at their Bend brew pub.

If it happens to be wintertime when your craving for Deschutes beer hits, you’ll probably want something a little heartier to drink. My personal fave is The Abyss Imperial Stout, with its deep, dark body and complex notes of molasses and licorice. A beer this big packs a whopping 344.53 calories for 12 ounces, or 632.5 calories if you guzzle the whole 22-ounce bottle (an endeavor you’d want to undertake verrrry slooowly). Luckily, an hour of skiing at Mt. Bachelor burns about 657 calories, so earning your Abyss bliss won’t be tough.

Bike for your 10 Barrel brew

The great thing about Bend is that you can mountain bike all year long, even when snow is flying in the mountains.

You can also enjoy 10 Barrel’s flagship brew, Apocalypse IPA, all year long. Coincidence? I think not.

One hour of mountain biking on Phil’s Trail in Bend should burn about 637 calories for our aforementioned average female. The hoppy, complex, super-drinkable Apocalypse has roughly 195 calories for a 12-ounce serving, so you can swig a couple of them and still reap some calorie burning benefit from your singletrack adventure. You’re welcome.

Sometimes, you want to walk in circles. I don’t mean twirling ‘til you're dizzy (though if that’s your jam, rock on with your spinny self)....
Read Post
‌