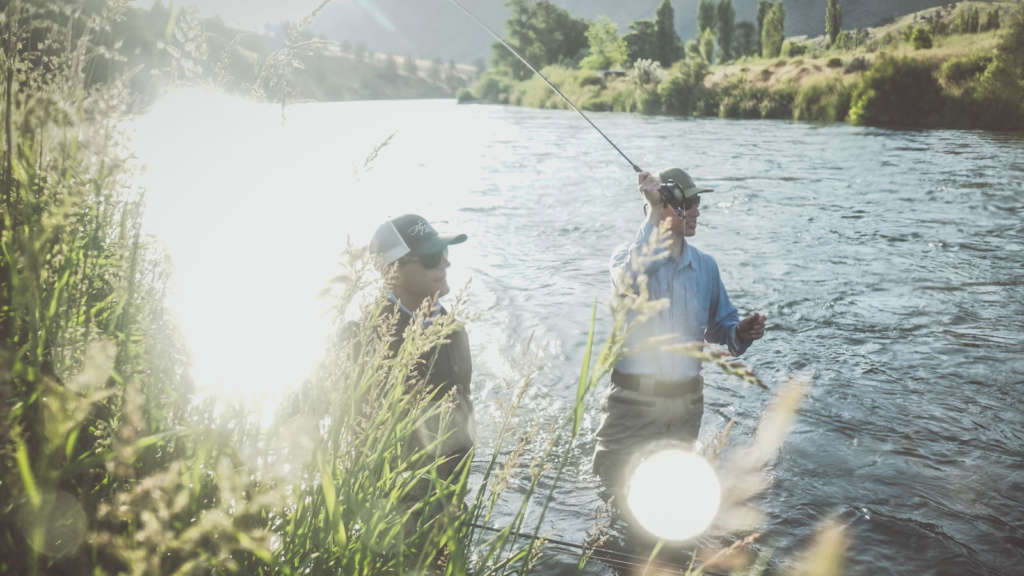 Every year, Memorial Day Weekend marks the kickoff of peak tourism in Bend. It’s when the Bend Visitor Center switches to being open seven days a week (9-5 weekdays, 10-4 weekends) so visitors can meander by for maps, brochures, and tips.

There’s a lot going on in Bend every Memorial Day Weekend, and 2015 is no exception. Here are seven things you might want to have on your agenda.

Shake your groove thing with The Decemberists, Ryan Adams, and Robert Plant

I’ve been hitting the Les Schwab Amphitheater for Memorial Day Weekend concerts every year since the venue opened, and I’ve gotta admit—2015 has one of the best lineups I’ve ever seen.

On Friday night (May 22) The Decemberists return to Bend to share their unique brand of American folk rock. I’ve seen this awesome Grammy-nominated band there once before, so I know the show is going to be fab (doubly so with the presence of opening act Spoon).

The Saturday night (May 23) show will feature Ryan Adams, another Grammy-nominated musician known for his unique country/rock/folk style and a name that’s easily confused with ‘80s musician Bryan Adams (not the same guy). My husband is actually more excited about opening act Jenny Lewis, so luckily, we get to enjoy both for the price of one ticket. Well, two tickets, unless we decide to rent a gorilla suit and cram both of us inside so we can get in for the price of one, but that just sounds hot and itchy.

Sunday night is a chance to give your liver a break from all those trips to the beer gardens and wine tent at the concert venue. On Monday (May 24) the Les Schwab Amphitheater will welcome the legendary Robert Plant (yes, THAT Robert Plant—former front man for Led Zeppelin, and winner of so many rock awards he’s probably stopped keeping track). If I were a betting woman, I’d say there’s a chance this show could sell out, so go here to get ticket info for this show or any other that piques your interest.

Play outside with temps in the upper 60s

Unless the weatherman is lying, it looks like Bend has ordered up the perfect weather for Memorial Day Weekend 2015. Temps are expected to be in the upper 60s, which makes it perfect for some spring hiking or a round of golf on one of 26 courses scattered around Central Oregon.

Our marketing director and his wife will probably be out mountain biking or trail running, while my hubby and I are gearing up for an afternoon of standup paddleboarding on the Deschutes River.

You can make your way around the Bend Ale Trail pretty much any day of the year, gathering passport stamps and collecting prizes for sipping your way along an impressively diverse group of breweries. 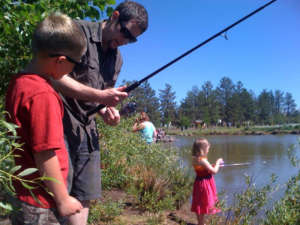 Who’s ready for some trout fishing?

Bend is known around the country as a fishing mecca, with Fly Fisherman magazine naming the city one of the top fly fishing towns in the nation. Trout season is already open on the lower Deschutes River, but this weekend it opens on the upper Deschutes as well. Now’s a great time to get out there on your own, or book a fishing excursion with one of the reputable fishing outfitters in Bend.

Kick off the 2015 season of the Central Oregon Saturday Market across the street from the Deschutes Public Library. Browse handcrafted jewelry, artwork, clothing, household goods, and more. 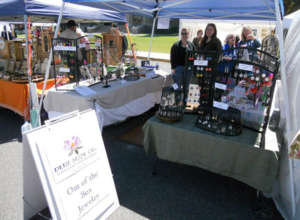 It’s opening weekend for the Central Oregon Saturday Market, so you get a bonus day!

Normally, this is a Saturday-only event (as you might’ve guessed from the name) but for Memorial Weekend they’re open both Saturday and Sunday. This is always a great spot to grab gifts to take home to friends and family, so bring an extra shopping bag.

Catch a ballgame at the Bend Elks Youth Baseball Tournament

Since 2005, the Bend Elks (our local baseball team) have hosted one of the Northwest’s biggest youth baseball tournaments. Even if you’re not the world’s greatest fan of the sport, it’s hard not to be impressed by the backdrop of the Cascade Mountains and the sheer volume of high school athletes journeying here to play their young hearts out.

If you’re just showing up to watch, you’ll be happy to know there’s no gate fee. Catch a game or two, eat a hot dog, and feel happy knowing proceeds from team entry fees help support youth baseball in Bend.

Road cyclists rejoice on Saturday, May 23, in the fast and furious Bend Don’t Break circuit course bike race. A beginner’s clinic that morning gives newbies a chance to prepare, or race hard in the more elite categories. The race is part of the 2015 Oregon Women’s Prestige Series, though there are plenty of men’s categories as well. It’s also part of the Oregon Senior Games this year, so folks in the 50+ category have a chance to vie for a spot in the National Senior Games. 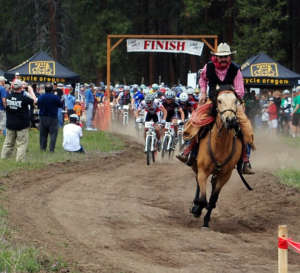 Only at the Sisters Stampede do horses and mountain bikes ride side by side.

On Sunday, May 24, head west to Sisters with your mountain bike strapped to your car, and get ready for the Sisters Stampede. This uniquely-Sisters event lets you race your bike on the beautiful Peterson Ridge Trail in Sisters. This is Oregon’s largest cross country mountain bike race, with 23 different race categories, and a party at the finish line. Each racer gets a goody bag filled with cool schwag, and there’s $1000 in cash prizes up for grabs for the top three men and women in the Pro or Cat 1 categories. There’s also a free kids’ race. For event details and registration, go here.

Believe it or not, that’s only a sampling of events happening in and around Bend this weekend. For a complete list, check out the Visit Bend Event Calendar. You can search for cool happenings this weekend or any other weekend you plan to Visit Bend.