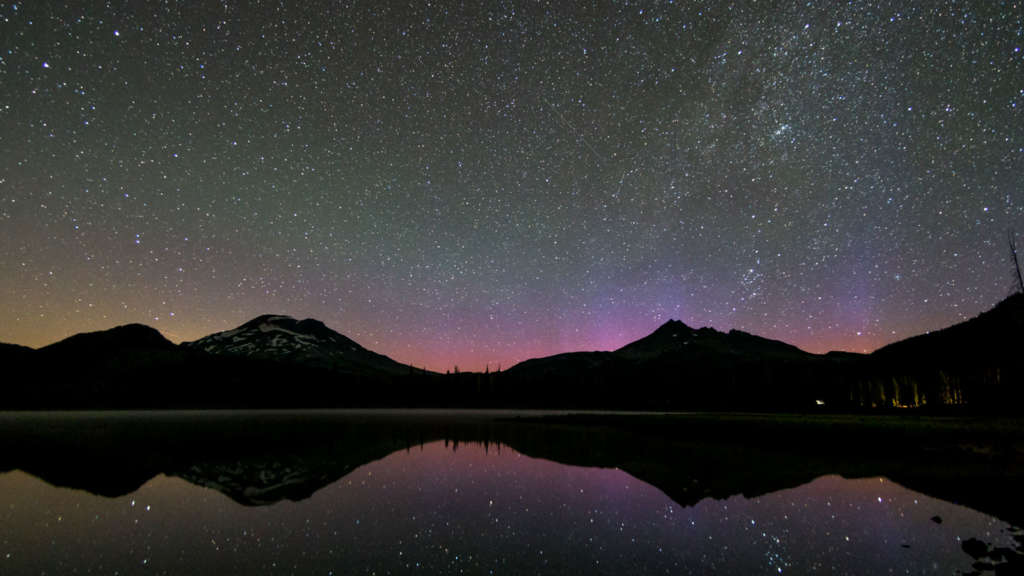 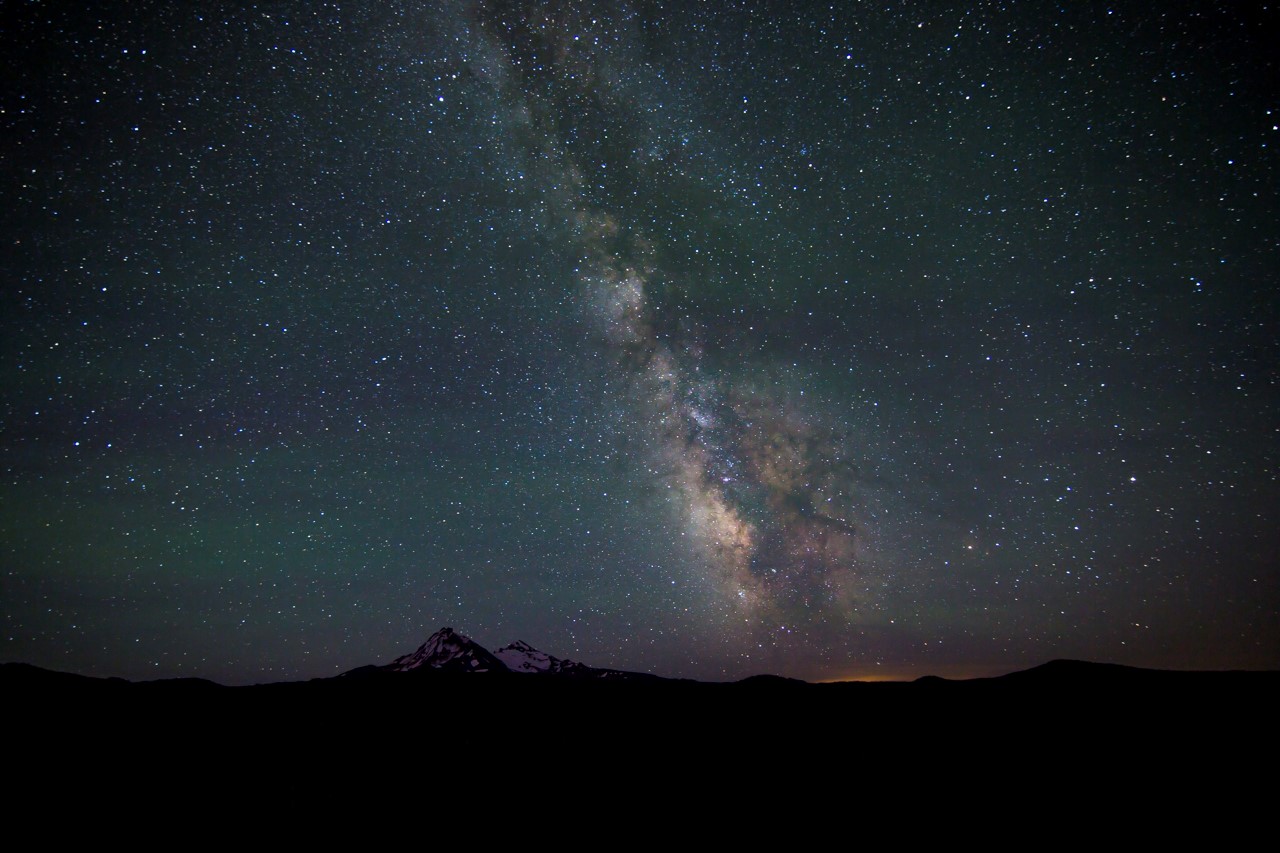 Stargazing in Central Oregon is the stuff of magic.
Photo by Nate Wyeth Photography

Is there anything more serene, more inspiring, more enchanting, than an evening spent gazing up at the stars in wonder?

While you can check out the astral wonders almost any time of year in Bend, summer is primo season for stargazing, with warmer nights and clear skies. Here are 6 spots in Bend and Central Oregon to get your star fix.

The crème de la crème when it comes to Central Oregon stargazing, the Pine Mountain Observatory is located 26 miles southeast of Bend at an elevation of 6,500. To put that into perspective, Bend is at 3,600 feet, so even during the warmest months of summer, you’ll want to pack a few extra layers to avoid freezing your butt off. 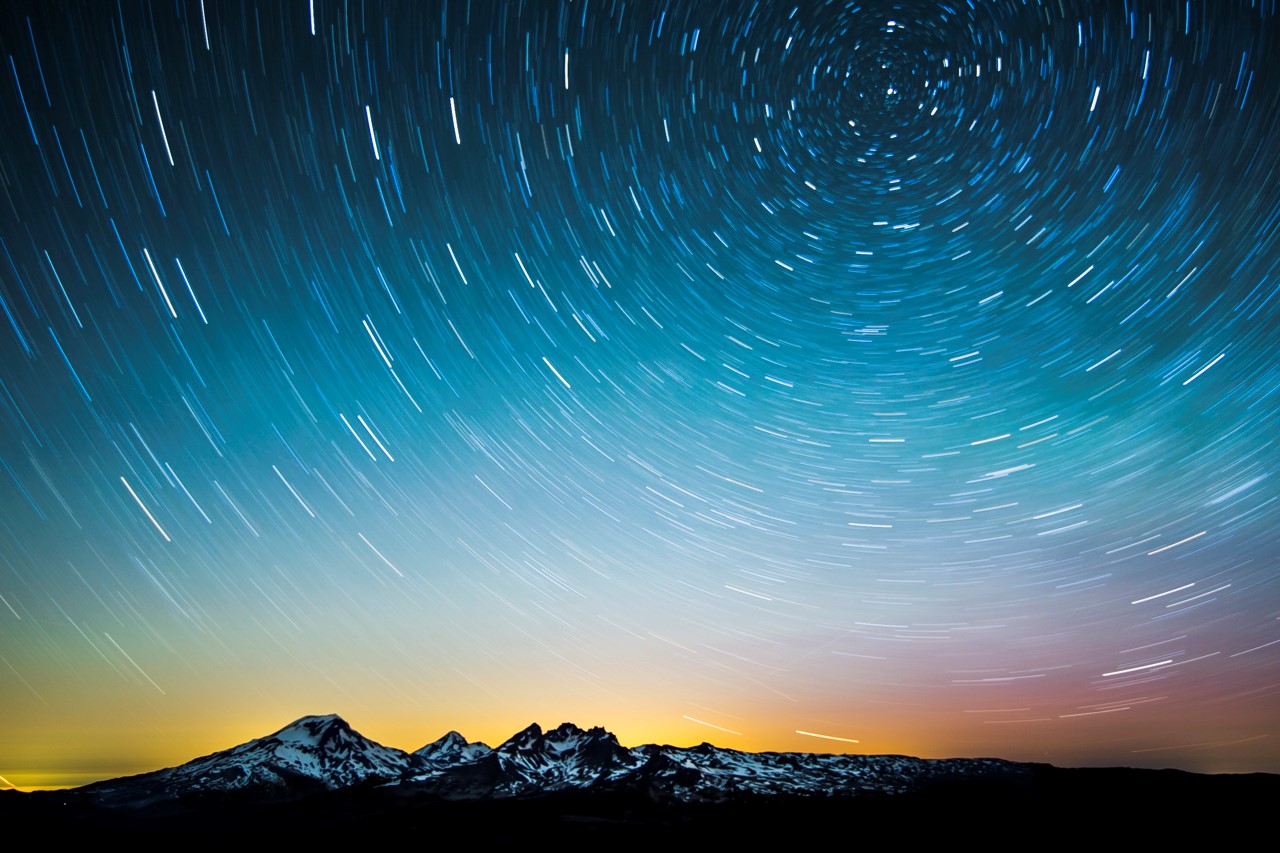 But oh what a view you’ll have once you get there! Since this observatory is part of the University of Oregon Physics Department, they have the biggest and best equipment you could possibly imagine. You can try out a telescope of aperture 15, 24, and 32-inches, or just wander around staring up at the sky with your naked eyes.

The facility is open to the public May through September, and hours are limited. Go here for schedule info, directions, and more useful details.

The Oregon Observatory at the Sunriver Nature Center

The stargazing in Central Oregon is so awesome, we have not one, but two observatories within 30 minutes of Bend! 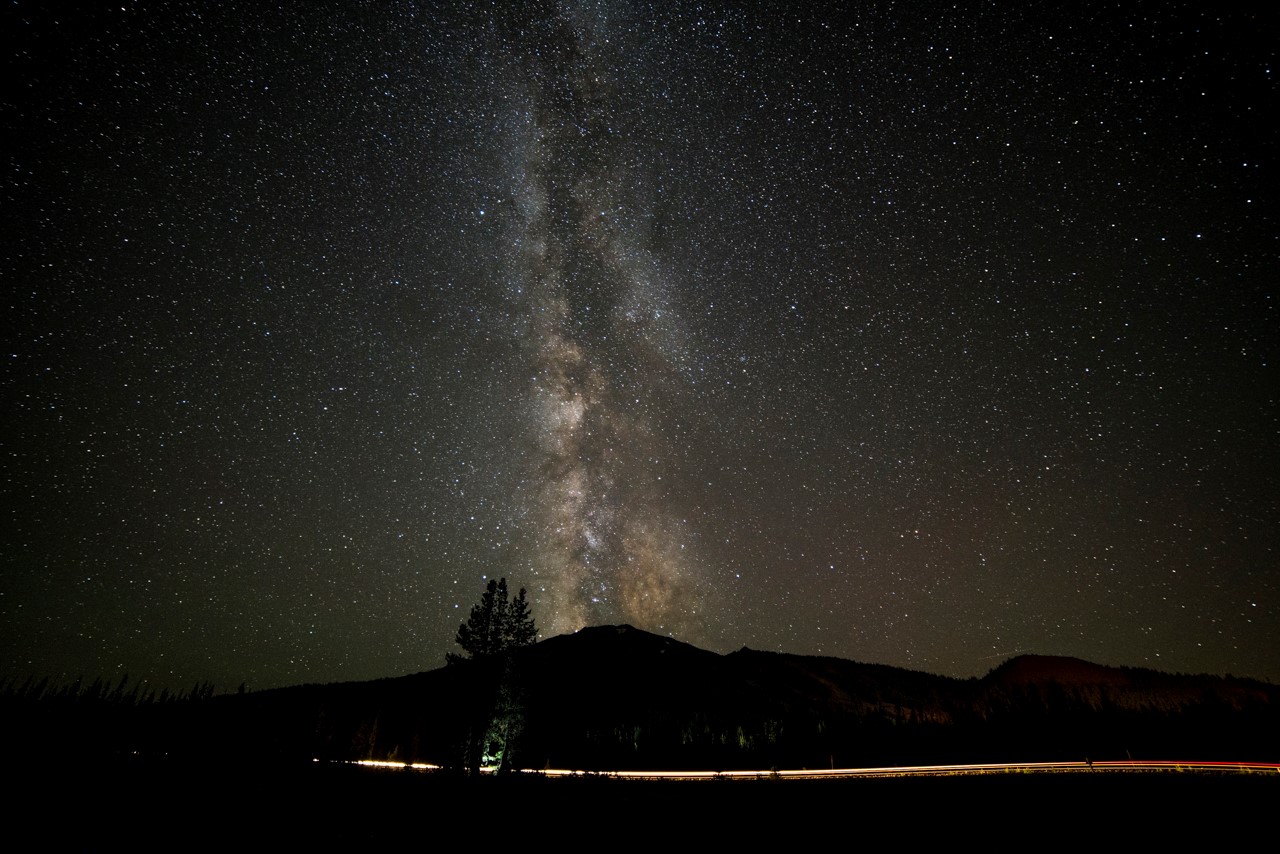 The Oregon Observatory at the Sunriver Nature Center also boasts a nice, long season, with a schedule that spans from spring through fall and even offers some occasional wintertime hours. Their website has up-to-date info on everything from scheduled hours to private parties to school programs and more.

Bonus: Daytime viewings and solar telescopes give you a chance to scan the skies long before the sun sets.

Looking for a way to combine outdoor adventure with a chance to be dazzled by the night sky? Wanderlust Tours has you covered whether it’s the height of summer or the chilly days of winter! 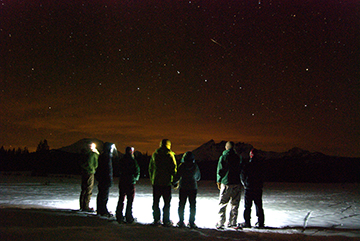 During the summer months, head out on one of the high Cascade Lakes with an epic Starlight or Moonlight Canoe Tour (the difference being the phase of the moon, of course). Your naturalist guide will point out constellations and planets, and pack your brain full of awesome information about everything from trees to animals to the geology of Central Oregon.

In the wintertime, take your pick between the Moonlight or Starlight Snowshoe Tours, or their ever-popular Bonfire on the Snow snowshoe tour. Both are a terrific way to revel in glittery fields of snow underfoot and glittery blankets of stars overhead.

No telescopes are needed, but they do provide all the gear you’ll need for canoeing or snowshoeing, plus snacks, transportation, and the best education you could possibly ask for on Bend’s natural wonders.

While there’s no planetarium or permanent exhibit devoted to the stars, you’ll frequently find programs and temporary exhibits celebrating the night sky at the High Desert Museum. 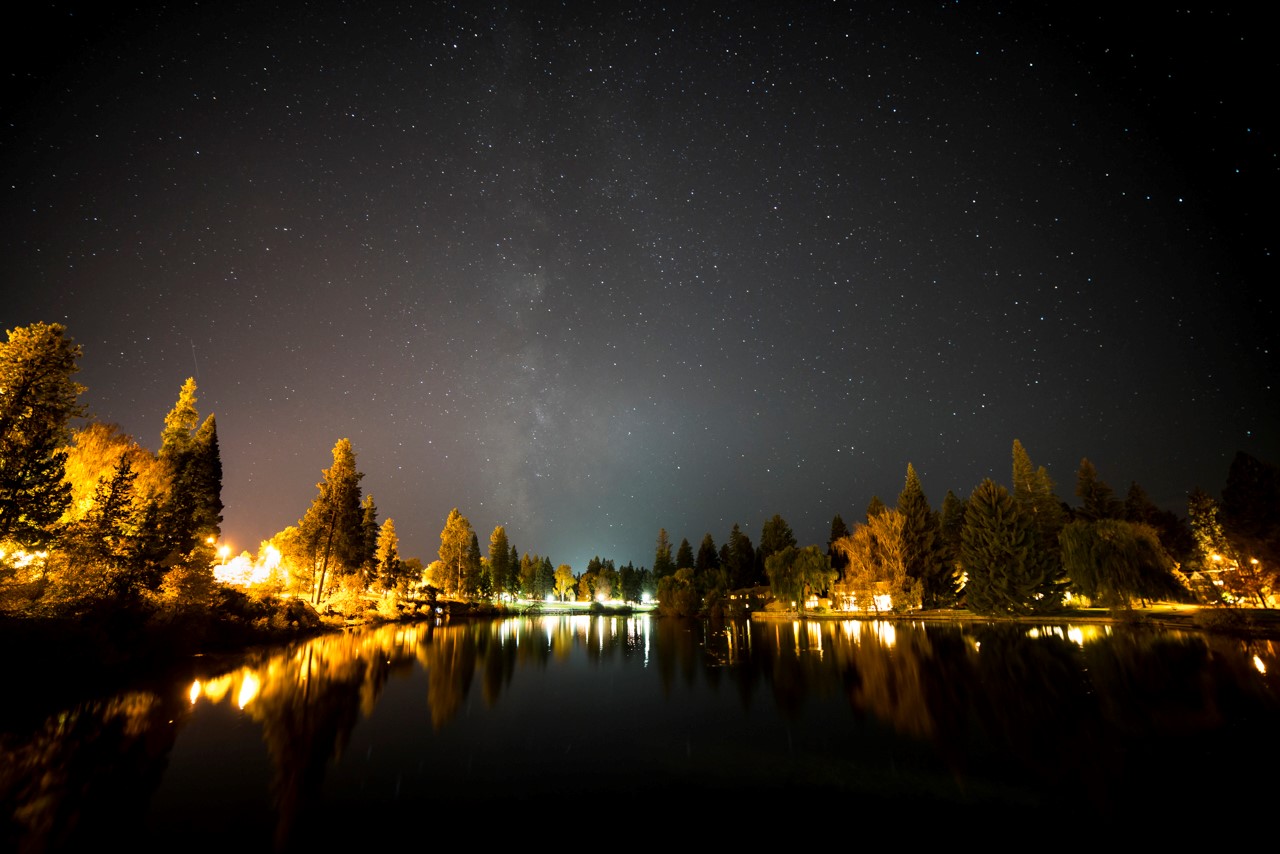 No need to venture far to see stars in Bend. This shot was taken in Drake Park!
Photo by Nate Wyeth Photography

For instance, next week (July 25-29, 2016) there’s a Kids’ Camp for second and third graders called Out of This World. Kids will learn about Sir Isaac Newton, investigate zero gravity, explore the solar system, and even launch a rocket. While next week’s camp is full, there’s currently a wait list, so contact them if your little astronaut would like a shot at getting called up.

And in the meantime, keep your eyes on their website for more amazing programs and exhibits being added to the schedule constantly.

Set out on your own

Prefer to have a little privacy for your stargazing adventures? There are lots of spots to throw down your blanket and gaze heavenward for a clear view of the night sky.

If you want to stick close to the center of Bend, just seek out spots a bit removed from the bright lights of downtown or surrounding neighborhoods. Sprawl out on a soccer field at Pine Nursery Park, or don your headlamp for a sunset hike up Pilot Butte (uh, you’ll want to switch off that light for the best star views!)

Camping is a great way to see stars around Central Oregon.
Photo by Nate Wyeth Photography

Willing to drive a bit? The Oregon Badlands Wilderness just east of town is a nice wide-open area away from the city lights. Keep in mind you’re venturing into a wilderness area at night, so be smart about staying on the trails and sticking close to your vehicle.

Other primo spots for solo stargazing include the Dee Wright Observatory, anyplace east of Horse Butte, and any campsite up at the high Cascade Lakes.

Also, Brasada Ranch makes an excellent spot to enjoy a nice dinner and a bit of stargazing on the lawn before you head back to your Bend hotel or vacation rental.

I’m jumping the gun a bit with this one, but I’m so freakin’ excited that it’s worth including!

Worthy Brewing is known for its killer beers, fabulous food, and unique location on the Northeast edge of Bend. It’s the unique location that puts them in a primo spot for stargazing, so the powers-that-be decided to do something about that. 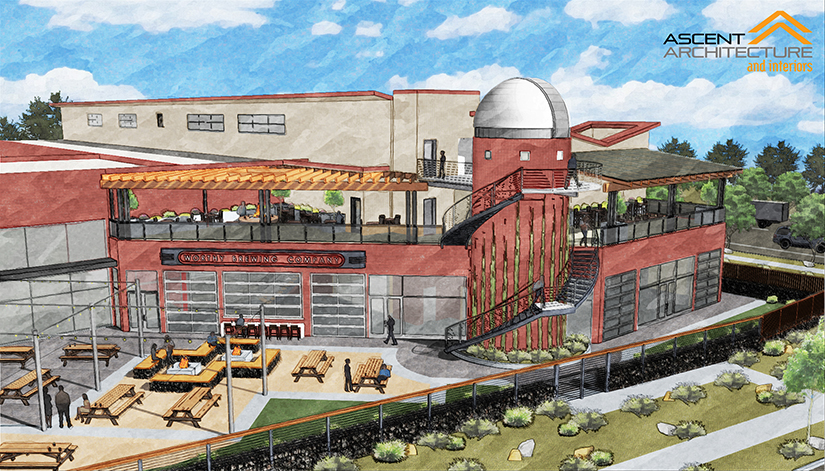 An architect’s rendering of the new Hopservatory at Worthy Brewing.

Earlier this summer, they began construction on a brand new Hopservatory. The dome was installed earlier this week, and the brewery has ordered a state-of-the-art telescope that customers will be able to use.

Keep an eye on the Worthy Facebook page for news on grand openings and special star viewing parties. In the meantime, you’d better start sampling some Worthy beers so you know which pairs best with a heaping scoop of stars.