5 ways Bend, Oregon is a sneaky, lying liar who lies to you 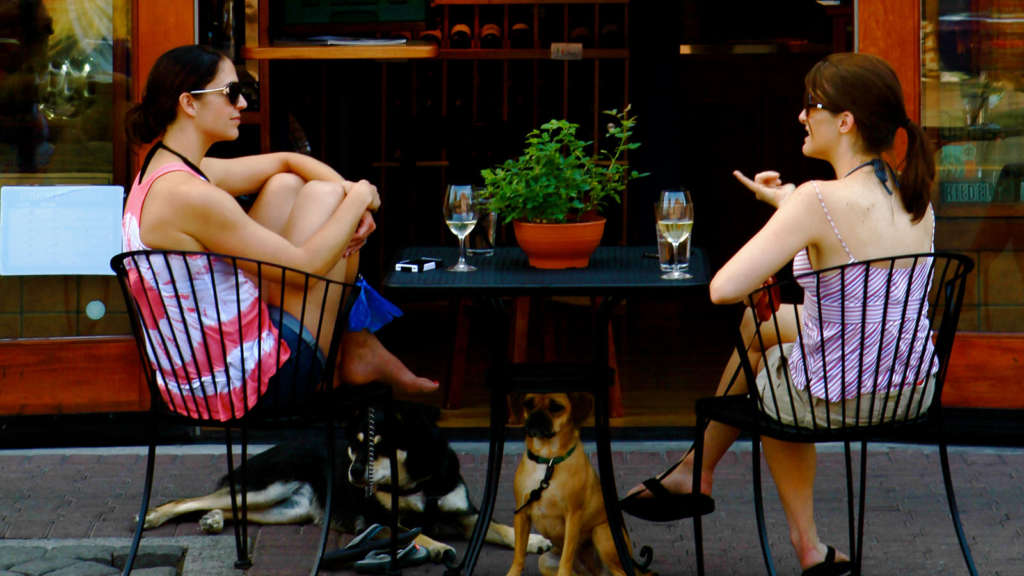 It was 67 degrees in Bend yesterday, and I rode a bike home without gloves or a hat before lounging on my front porch in a short-sleeved top with an ice-cold beer. 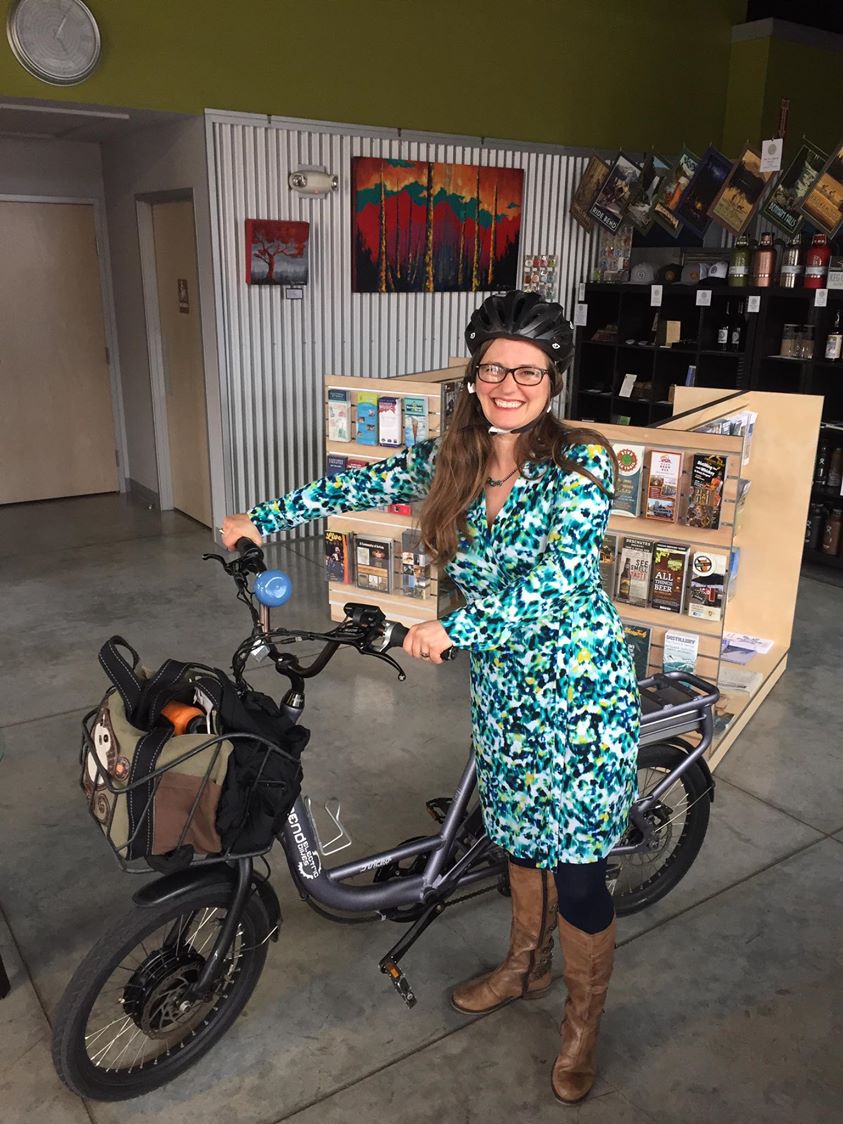 Blogger Tawna enjoyed a sunny ride home (in a dress!) earlier this week on a trusty steed from Bend Electric Bikes.

Not the bike or the beer (a fab little cruiser from Bend Electric Bikes and a delicious can of Gimme Mo’ from Crux Fermentation Project, thank you very much).

But this spring-like weather is a tease we see every year in Bend. We’ll get a few warm, sunny days in March that’ll have us all busting out summer dresses and paddleboards until the next snowy day chases us all back inside for a bit longer.

I’m not saying it’ll snow again this season (though my status as a fourth-generation Oregon living half her life in Bend suggests it’s likely). But I am saying Bend has a history as a big fat liar. What proof?

It’s a pattern here in the high desert. A few warm, sunny days of spring will have us cranking the air conditioning in mid-March, and the little crocuses around Downtown Bend will pop their heads out. Visitors and newcomers will frolic in shorts and tanks, saying things like, “Wow, spring comes early here!” 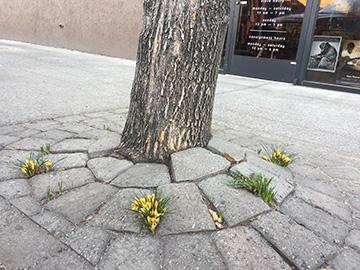 Little yellow crocuses poking their heads up in Downtown Bend this week.

Then the frost will hit. Or maybe an all-out snowstorm. Hey, I was here one year we saw snow in July.

The upside of all this is that you’re not forced to choose just one kind of Bend experience. If you love skiing or snuggling by a fire pit in gloves and a puffy coat, you can do that in the springtime. If you also love mountain biking or walking the river trail in short sleeves, you can do that, too—often in the same weekend.

Basically, Bend’s little fibs give you the best of both worlds.

Not just a beer town

As the official PR Chick for Visit Bend, I see a new Bend-is-the-world’s-greatest-beer-destination article in some major publication nearly every week. It would be easy to buy into the hype and assume Bend’s nothing but a beer town.

In reality, nothing’s further from the truth. 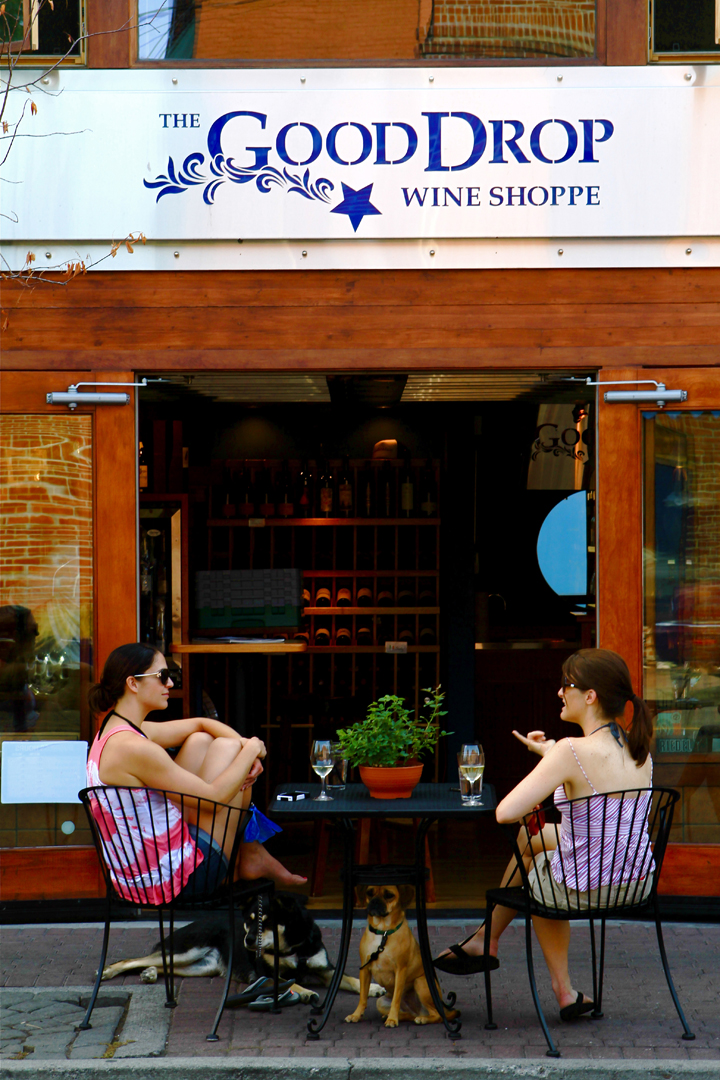 Don’t be fooled! Bend’s not just a beer town.

We’ve got a killer cocktail scene, with hotspots like 10 Below, Dogwood Cocktail Cabin, and The Barrel Thief Lounge offering delectable concoctions crafted with local spirits and unique ingredients. If you’d rather go straight to the source, Bend boasts a number of renowned distilleries (don’t miss the brand new Crater Lake Tasting Room from Bendistillery in Downtown Bend!)

Bend also has at least half-a-dozen kombucha breweries in town, and you’ll find this healthful, fermented beverage on tap at lots of local pubs and restaurants. Parilla Grill (one of my favorite lunch spots) has three taps flowing with kombucha from Caboost, Bucha Buena, and Humm Kombucha—all of which are based in Bend. You can also fill a growler with kombucha at places like The Growler Guys and Food 4 Less (both of which have Humm Kombucha and Brew Dr. Kombucha on tap).

Bend’s hard cider scene is also top-notch, and you’ll always find a few local cideries among the tap handles of local growler fill stations. There are currently three cideries on the roster in Bend, and you’ll find all of them along the Drinkable Diversions route.

Can’t decide which to try? Don’t choose! Hit one cidery, one distillery, one brewery, and one winery, with the Local Pour Tour. They’ll drive you to and from your hotel, hitting all four stops and even providing a light appetizer along the way!

If you drop a gum wrapper in the woods, would anyone notice?

Bend’s wilderness areas are so vast and open that it’s easy to fall prey to the notion that a dropped bit of Kleenex or a forgotten pile of dog doody won’t make a difference. 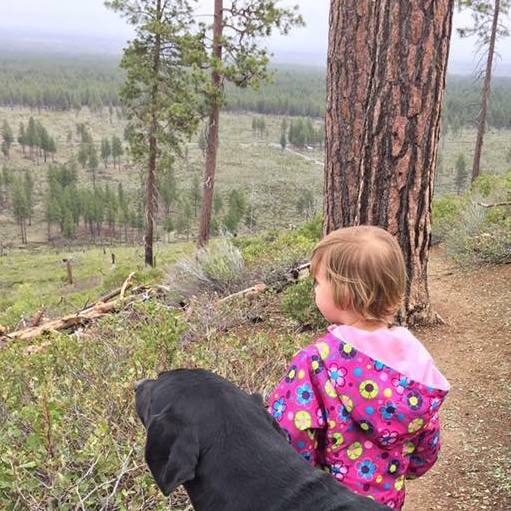 Visit Bend staffer Hank Therien has been teaching his young daughter to always pack a trash bag on hikes to pick up garbage left behind on the trail.

In Bend, we believe in picking up after ourselves and following Leave No Trace ethics. It’s what helps to keep our wilderness areas pristine and beautiful.

For more ideas on helping with the cause, check out our Visit Like a Local page.

You can’t ski and golf in the same day, can you?

When you’re up there on the slopes at Mt. Bachelor, it seems impossible to think that with a 20 minute drive, you could be teeing off on one of 24 local golf courses.

Likewise, when you’re cruising the mountain bike trails in short sleeves and sunshine, how wacky does it seem to think that just a few miles up the hill, people are shredding the slopes in thick, puffy coats?

The rapid elevation gain that makes it all possible is one of Bend’s most charming attributes. It’s a feature that made Rad Season take note in their recent article about the “Bend Double” (the ability to ski and bike in the same day). 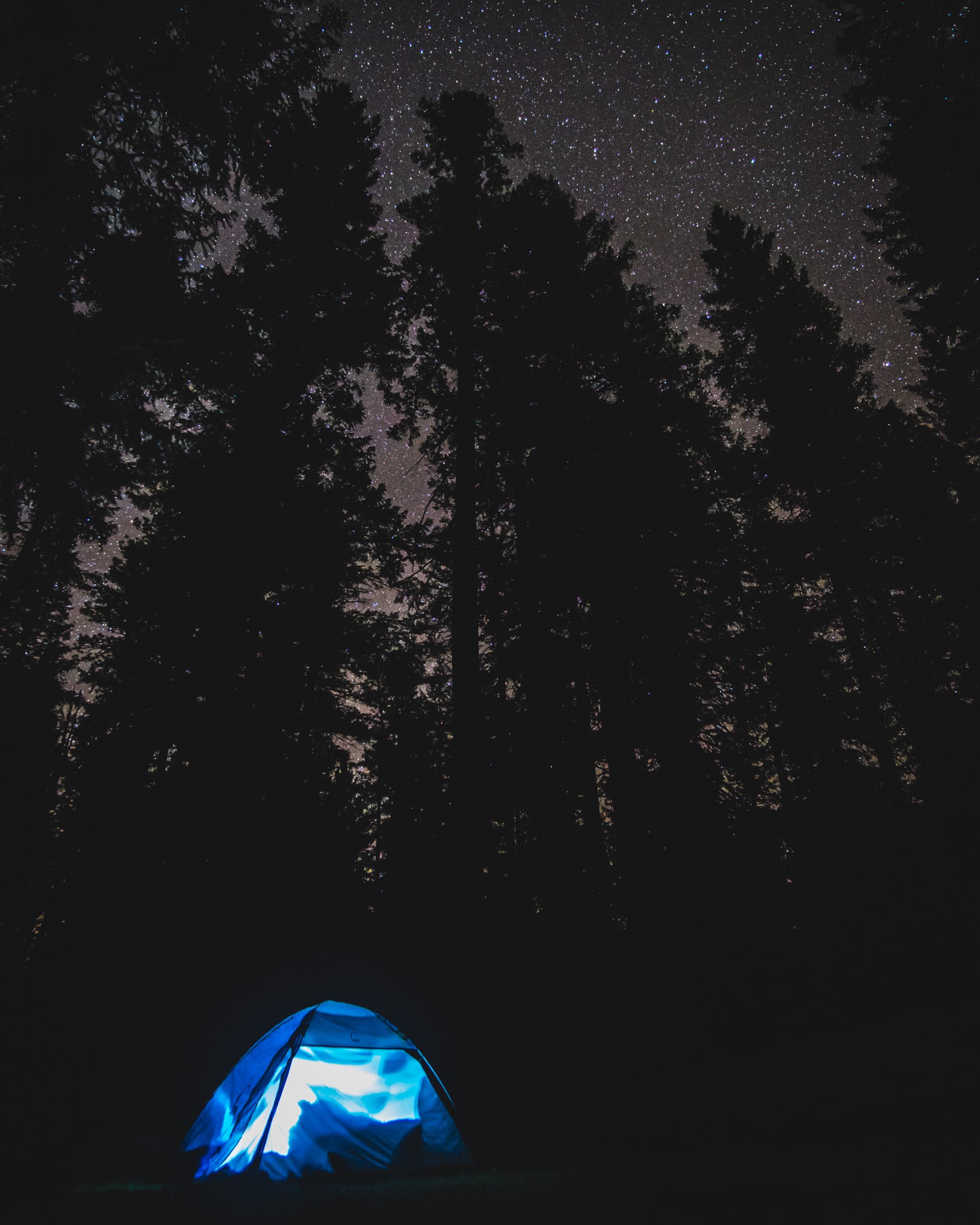 Whether you’re camping or staying in a hotel, don’t fall prey to the fable that you don’t need a reservation. Book ahead so you won’t be disappointed!

If I had a beer for every time I’ve watched baffled tourists walk into the Visitor Center expressing confusion over their inability to find a last-second room or campsite, I’d have . . . well, more beer than I should probably drink in a week.

The problem is two-fold: longtime Oregonians who spent childhood vacations in Bend are remembering the sleepy little town where you could show up on a Saturday in August and expect to find vacant rooms and campsites galore. But Bend’s popularity has made that unlikely these days, particularly in peak season between May and September.

Then, there’s the lie. See, Bend is such a mellow, laidback kinda town, that people just assume it’s not the sort of place where you need a reservation.

Don’t fall for it.

And don’t be disappointed. Be a smart traveler and research Bend lodging before your trip, then book ahead to get your top pick.