6 things you must eat or drink in Bend, Oregon 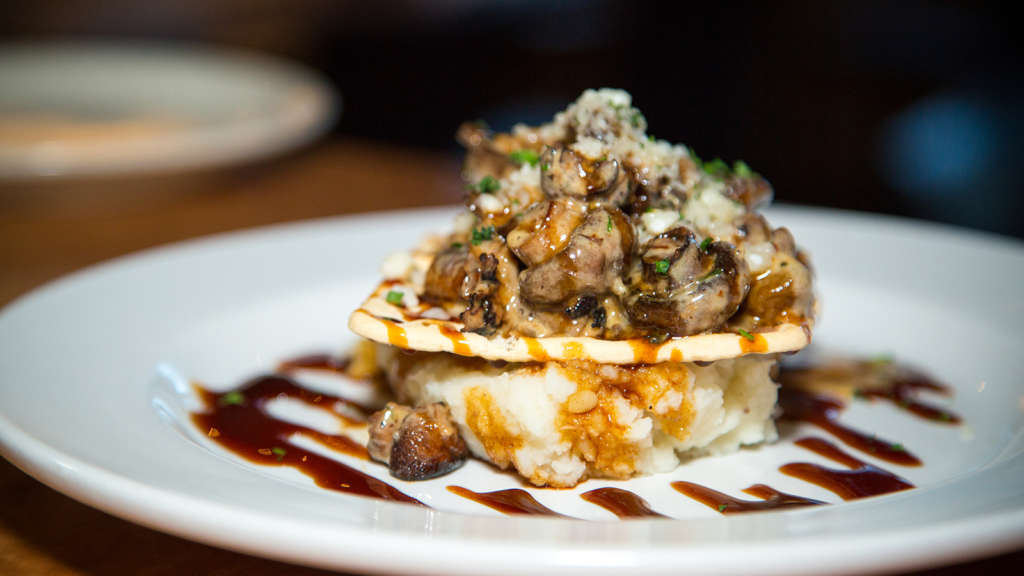 Visiting a new city always sends my inner foodie into a frenzy, a fact I rediscovered last week when traveling to Barcelona. It’s not enough to know that I must try paella. I must find the absolute perfect spot to enjoy the classic paella experience with views of the cathedral and maybe a flamenco guitarist serenading me while I eat.

Figuring out a region’s signature dishes and the best place to enjoy them can be exhausting, I’ll admit. So I’ve helped you get rid of the guesswork with these suggestions of dishes and drinks you absolutely must add to your Bend bucket list.

Grab a burger at Dandy’s or Pilot Butte Drive In

Bend is home to a zillion amazing hamburgers, and I blogged about 12 of them right here.

But if you’re seeking the quintessential Bend burger experience, I suggest you try one of two places.

The first is Pilot Butte Drive In. Located next to Bend’s iconic Pilot Butte State Park, this cozy little diner has been a Bend landmark since 1983. You’ll find tasty goodies like homemade malts, scrumptious steak & eggs, and of course, a delicious variety of burgers.

My personal fave is the Ortega Cheeseburger, piled with grilled mild green chilis and melted jack cheese with mayo, lettuce, and tomato. Go inside and grab a cozy booth by the fire, or park and order from your car for a true drive-in diner experience.

And speaking of the drive-in experience, that’s the specialty at Dandy’s Drive-In. This nostalgic little burger joint has operated in Bend since 1968, with servers who arrive on roller skates to take your order through the car window. Don’t expect a lot of frou-frou condiments and crazy toppings here, but do expect a darn good traditional burger.

The Dandy Deluxe is a standard burger with the addition of cheese, tomatoes, and special sauce. It’s deliciously drippy and extremely satisfying, especially when paired with an old fashioned Cherry Slice and an order of their to-die-for onion rings.

One of the oldest restaurants in Bend, Pine Tavern has been operating since 1936. The name hails from the two ponderosa pine trees (one living, one not so much) that jut up through the center of the restaurant.

Bend’s iconic Pine Tavern is a great dining spot to have on your bucket list.

But even more than the trees, what Pine Tavern is best known for are its sourdough scones with honey butter. Fluffy and light and melt-in-your-mouth delicious, they’re paired with homemade honey butter that will leave you swooning at your table. Be forewarned that the scones are only available with dinner, so don’t show up at lunch expecting to order them.

But dinner is a great time of day to be there anyway, especially if you can nab a river-view table on their patio. Their meatloaf is especially tasty, as is their classic prime rib. Plan on taking home a doggie bag after you’ve filled up on those scones!

Grab a beer at Deschutes Brewery

Beer fans trekking the trail of suds along the Bend Ale Trail will debate furiously over which of the 15 breweries has the best beer. 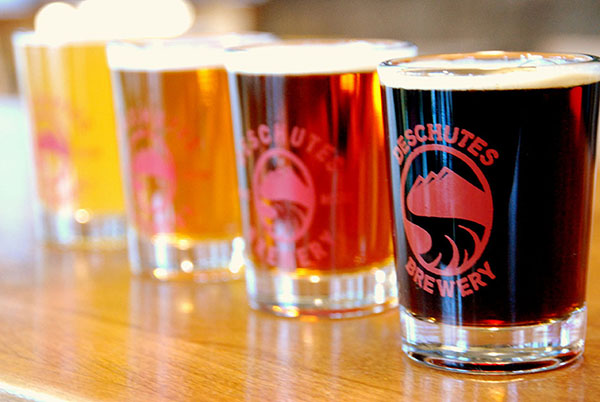 But one thing that’s not up for debate is who started it all. Deschutes Brewery is the granddaddy of Bend’s beer scene, establishing the first Bend brewery in 1988 and eventually growing to become one of the nation’s largest craft breweries.

These days you can nab a table in the very same pub where the first beers were brewed, ordering a taster tray that includes originals like Black Butte Porter and Jubelale as well as seasonal selections and nitro brews available only in the pub. Pair your brew with a tray of tasty hot wings or one of their scrumptious salads to make it a lunch or dinner affair.

Honorable mention: While there’s no question Deschutes kicked off Bend’s beer scene, Bend Brewing Company wasn’t far behind when they opened their doors in 1995, making them the city’s second oldest brewery. It has the vibe of a friendly, cozy local watering hole and a darn fine meal menu. Order a pint of Ching Ching or Elk Lake IPA, along with their scrumptious sriracha seasoned cauliflower or a steak and spinach salad.

If your visit to Bend includes a ski day at Mt. Bachelor, no trip to the mountain is complete without a Nacho Mountain at the Clearing Rock Bar. 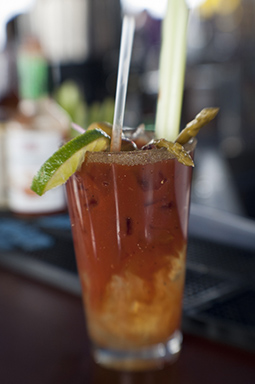 The Bloody Marys at Mt. Bachelor are almost as legendary as their Nacho Mountain.

Pair it with one of Mt. Bachelor’s famous bloody marys or a local brew for the ultimate après ski treat.

Goody’s Chocolates has been Central Oregon’s go-to sweet spot since 1984, and now boasts several locations that manufacture a whopping 20 tons of chocolate a year.

But it’s their ice cream that holds the most nostalgic qualities for folks who’ve been vacationing in Bend and Sunriver for decades. Grab a waffle cone brimming with creamy Oreo cookie goodness to enjoy as you stroll to nearby Drake Park, or park yourself at the counter to share a banana split with your favorite family member.

They also have an old fashioned soda fountain serving up treats like phosphate sodas and egg creams, plus an impressive array of candy you can buy by the pound.

Salmon and steelhead and trout, oh my!

When people ask about local cuisine in the Pacific Northwest, my first thought always jumps to fish. Salmon, steelhead, and trout make appearances on plenty of local menus, each prepared in uniquely Central Oregon style. Three spots with the most Bend-esque flair for fish dishes include Greg’s Grill in the Old Mill District, 900 Wall in Downtown Bend, and Ariana Restaurant just outside the Downtown zone. 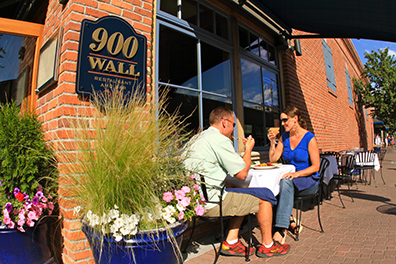 One of several great spots to feast on fish in Bend.

The latter (Ariana) gets an additional shout-out as a foodie’s paradise with oodles of critical acclaim. Named one of the top 100 restaurants in America by Open Table, they boast an impressive wine list and classic European dishes mixed with specialty Northwest cuisine. Try their rainbow trout with pan-roasted, smoked fingerlings, sauce gribiche, and dill oil, and prepare to be blown away.