6 extra reasons to smile in Bend this summer

6 extra reasons to smile in Bend this summer

Summertime in Bend is when I catch myself walking down the street and smiling for no apparent reason.

Well, there is a reason. Did I mention the part about it being summertime in Bend?

But this summer—the summer of 2017—we all have a few extra reasons to grin like goobers. Here are six of them.

Getting around got easier

The increased volume of tourists between June and September has always made traffic more challenging in summer, but three things went into effect recently to make it all a bit easier. 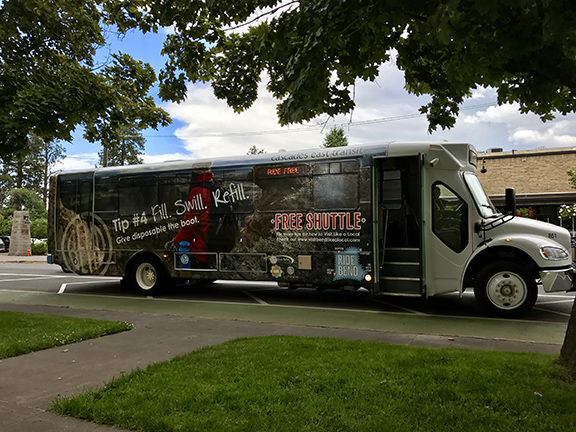 The new Ride Bend shuttle is free and convenient!

The first was the arrival of Uber back in May 2017, followed by Lyft a few weeks later. While Bend has had regular taxis and cabs for eons, these rideshare programs offer added options at the click of an app. I’ve Ubered and Lyfted for several of this summer’s concerts at the Les Schwab Amphitheater, and found it speedy, convenient, and inexpensive. Bonus: no need to fight for parking or get behind the wheel after an evening of sipping wine in the grass.

The next traffic-related source of smiles is the new Ride Bend shuttle connecting greater Downtown Bend destinations from June 23 through Labor Day. The shuttle is free of charge, and runs every 15 minutes from 2-10 p.m. circulating in a clockwise loop between Downtown Bend, the Old Mill District, OSU-Cascades Campus, and Galveston Avenue. The free shuttle is made possible by a partnership between Visit Bend, the City of Bend, and Central Oregon Intergovernmental Council.

Thirdly, bike share programs have been popping up all over town in recent weeks, including in the Old Mill District, at Crux Fermentation Project, OSU Cascades, and in Downtown Bend at the corner of Franklin and Bond. There’s a new one coming to Drake Park in early-September near the parking area on Franklin. To use, download the Zagster app for your phone, head to a bike station, grab a bike, and go. When you’re done, return it to any Zagster staion.

So many new places to try!

In 20+ years of living in Bend, I’ve seen plenty of cycles with businesses opening and closing at a frantic rate. But I’ve never seen anything like 2017 where it seems there’s a hot new restaurant or retail shop opening almost every week. 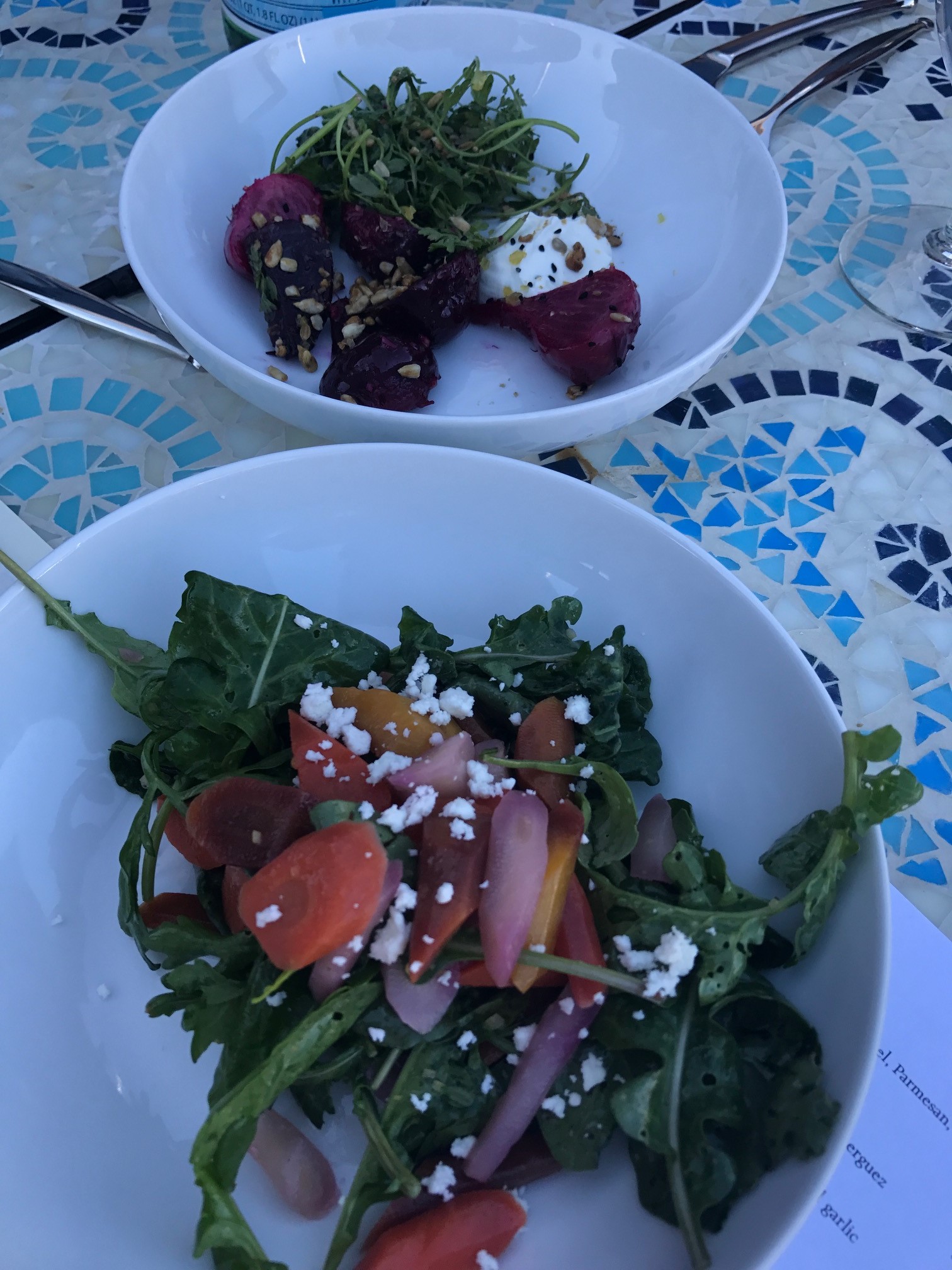 Tasty salads from the new French Market restaurant in Bend.

Swoon-worthy dining establishments that popped up during the first half of the year include French Market (perfect date night dining!), Sora Sushi (yay for sushi trains!), and Moose Sisters (hooray for awesome north-end options).

We be jammin’ all summer

The summer may be almost half over, but concert season at the Les Schwab Amphitheater is just getting started.

So far, the 2017 season’s lineup has included John Mellencamp, Paul Simon, Pink Martini, Ween, and Deftones with Rise Against. I saw four of the five shows, and they all pretty much rocked my socks off.

But there’s plenty more to come! 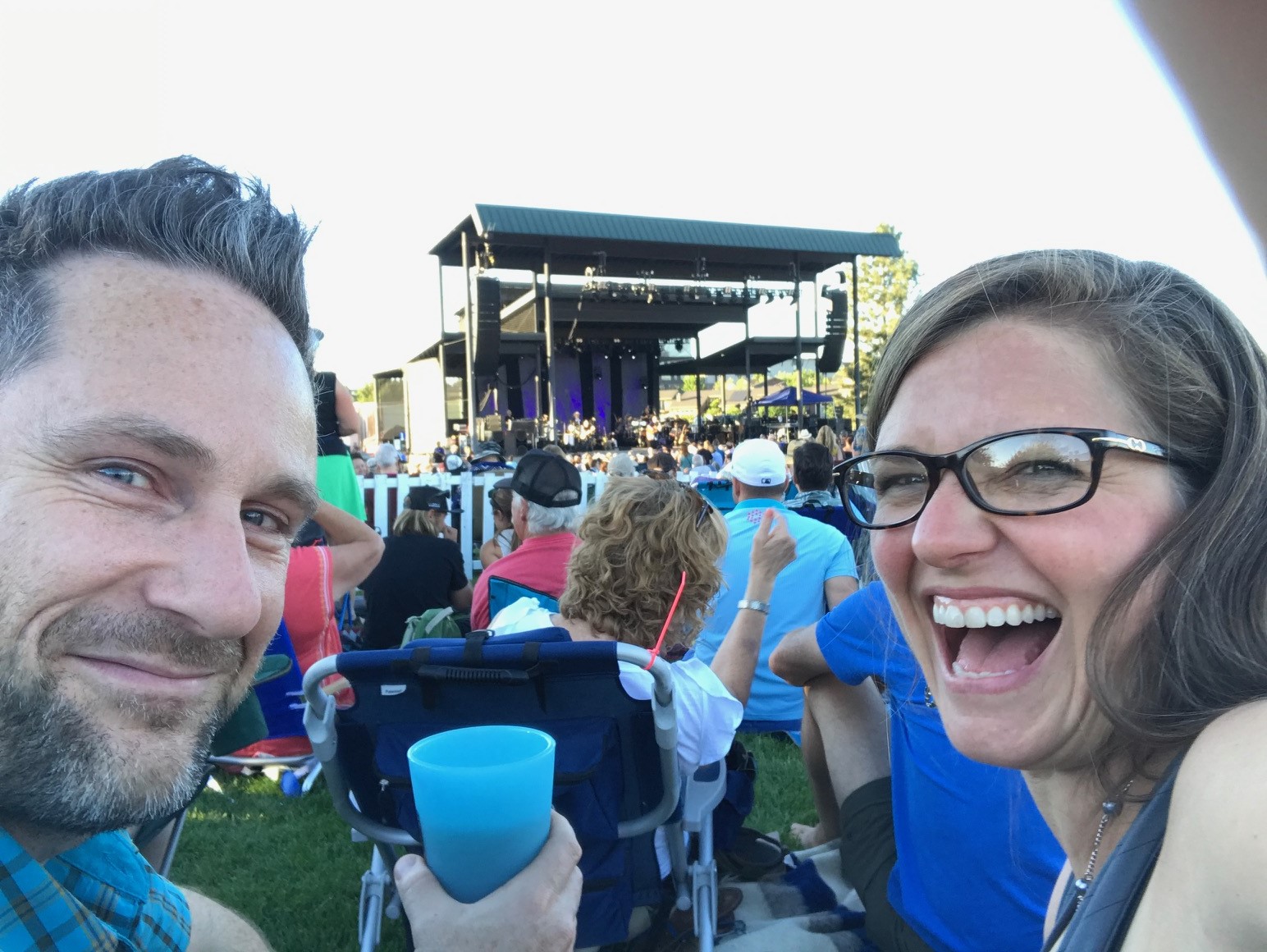 Blogger Tawna and her husband, Craig, grinning from ear to ear at the recent Paul Simon concert in Bend.

Still on the docket are Slightly Stoopid, Jack Johnson, Avett Brothers (my personal fave!), Diana Krall, Michael Franti & Spearhead, and Modest Mouse. As of today (July 6) tickets are still available for all of them except the sold-out Jack Johnson show.

And that doesn’t even include all the awesome Free Summer Sunday Concerts happening through mid-July.

Bonus: For the second year in a row, the Amphitheater is offering the Take Note Initiative to promote a more environmentally-friendly concert experience. Purchase a reusable, limited-edition Silipint for beer, cider, wine, or cocktails for $20. Your first beverage is included in the price, and you get $1 off all subsequent beverages. I bought mine last season, and was thrilled to discover it’s still good this season.

I’m not sure whether to credit lingering moisture from one of the best snow seasons on record, or the fact that we’ve had surprisingly consistent temperatures from late spring through early summer, but 2017 is shaping up to be one of the best seasons I’ve seen in my home garden. 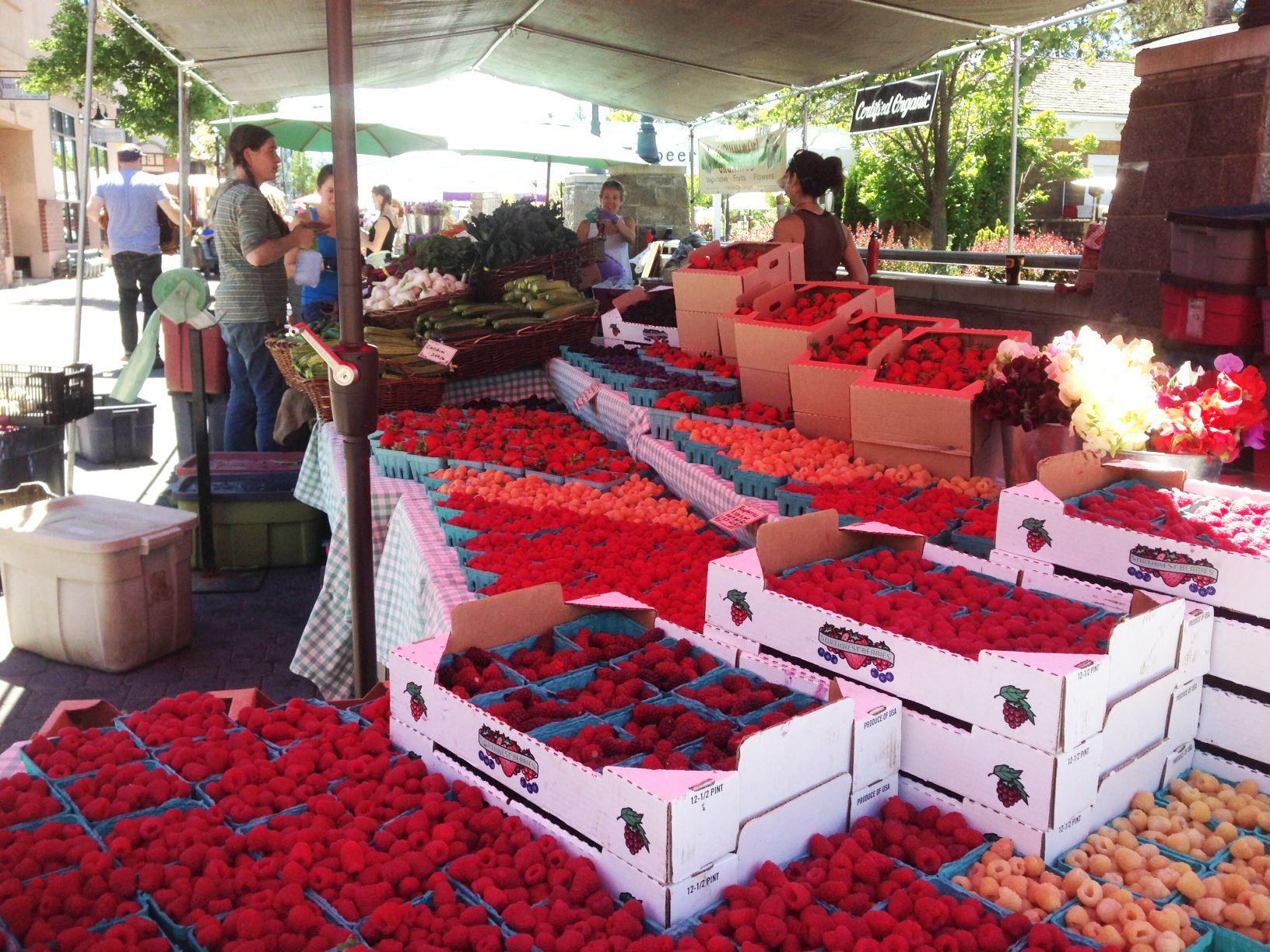 So much juicy goodness this year at the Farmers Market!

That doesn’t mean I’m inviting you all to my backyard to snack on tomatoes and squash, but it does mean I’m seeing similar abundance at this year’s Bend Farmers Market. The berries look plumper, the kale looks leafier, and the overall harvest looks more plentiful.

The Bend Farmers Market takes place from 3-6 p.m. every Wednesday in the Brooks Alley just above Drake Park. The 2017 season will go through October 11.

Summertime is one of my favorite seasons to hit the Bend Ale Trail, since local breweries launch their flavorful, seasonal sippers that are perfect for enjoying on the patio on a warm summer evening. 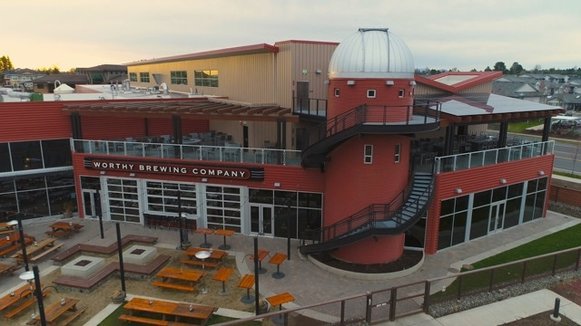 The new Hopservatory at Worthy Brewing is a good reason to smile.

Right now, I’ve been diggin’ the SUP Seasonal Ale from Sunriver Brewing, the French Connection from Crux Fermentation Project, and the Peaches Everyday sour at 10 Barrel (which has a brand new Eastside pub that’s been making me smile quite often by being mere steps from my front door).

Also new and worth a gander is the Hopservatory at Worthy Brewing. Guided tours offer an overview of our night skies and a chance to gaze through a high-powered telescope with the aid of experts from the Oregon Observatory in Sunriver. Kick off your stargazing experience with a stop in the brand new Star Bar and a pint of their tasty seasonal IPA, Strata.

Smile at a stranger

Ask regular visitors to Bend what they love best about this place and odds are good you’ll hear one answer again and again: The friendliness of the people. 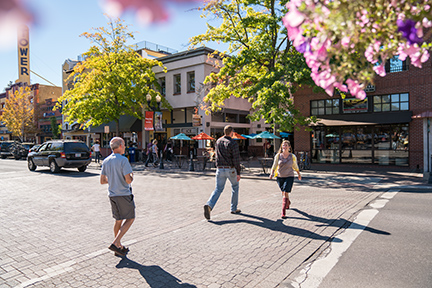 Smile at a stranger. It’ll make you feel good.

It’s something you’ll see personified every time you stroll the streets of Downtown Bend or pass someone on a hiking trail—people smile at you. Like, total strangers, just grinning a greeting at everyone they see.

Don’t panic if that’s not the norm where you come from. Just smile back and give a little wave. If you’re feeling bold, try out a casual “hello!” or “have a great day!”

For more ideas on how to #VisitLikeALocal when you’re in Bend, check out this page.