Bend summer is half over, so now what? 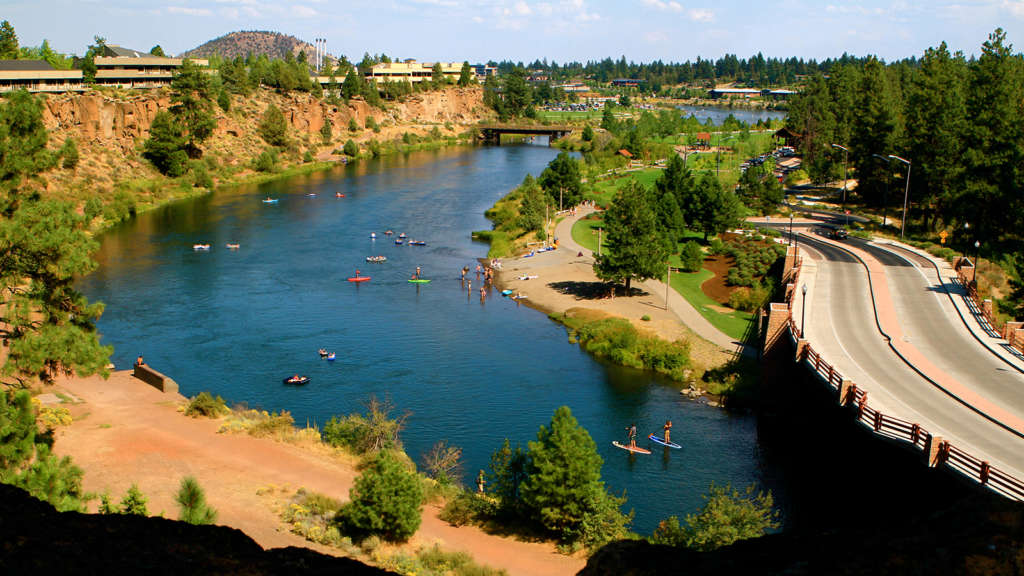 Over dinner a few nights ago, my husband got out his calendar and informed the kids that their summer vacation is officially at its midpoint.

Even for those of us past the days of reading, writing, and ‘rithmatic, that’s a wakeup call. How can that be? There’s still so much to see and do and drink and explore in Bend before cold temps set in and our days get shorter.

It’s time to get serious, guys. Here are four things we should all pledge to enjoy for the second half of summer 2017. 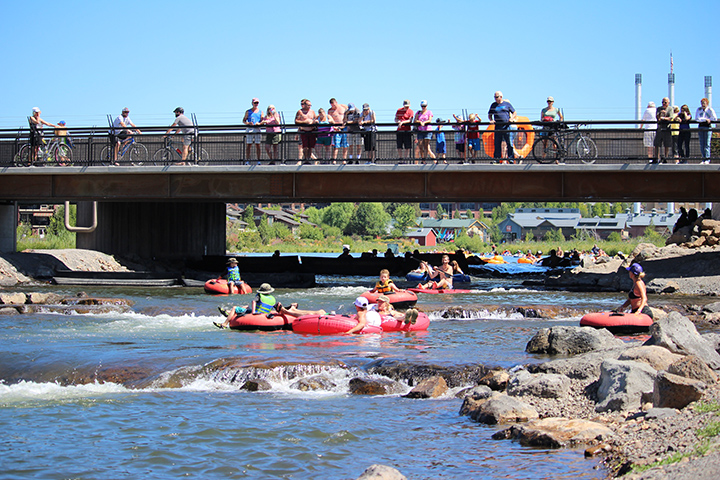 If you haven’t floated the Deschutes River yet this summer, it’s time to get on it.

My excuse is that I’m usually on my standup paddleboard instead, but that’s really not the same thing as floating lazily down the river in an inner tube with the sun on my shoulders and my backside in the water.

The crowds aren’t an excuse either (though I’ve heard that from pals who’ve been avoiding the river on weekends). One solution is to hit the river on weekdays, preferably earlier in the day or later in the afternoon. You can also avoid parking and traffic hassles by using the Ride the River shuttle.

Head out for a hike

I have my tried-and-true favorite hikes I do regularly, like Pilot Butte, the Oregon Badlands Wilderness, Alder Springs Trail, the Deschutes River Trail, and several others I rounded up in this blog post on family-friendly hikes.

How many more hikes can you squeeze in before summer’s over?

But summer is the best time to explore new terrain, and there’s plenty of it here, even for those of us who’ve spent most of our lives hiking around Bend.

Rumor has it that popular areas like the trails around Sparks Lake and Green Lake are packed to the gills this summer, and I won’t lie—that’s a deterrent for people (*raises hand*) who venture into the wilderness to escape crowds.

But here’s the lovely thing about the High Cascade Lakes—there are lots of them. If you start at Todd Lake and find the parking lot full, it’s a ten minute drive to Devils Lake. If you strike out there, try Hosmer or Elk Lake or one of dozens of other little lakes that require a short hike to reach (which means you’re more likely to find solitude when you get there).

There’s plenty of room for everyone, and no need to get frustrated or make your own parking space on the fragile forest floor.

Some of summer’s best events happen in the second half of summer, and that’s certainly the case in 2017.

The Les Schwab Amphitheater still has several great shows remaining this season, including Steve Miller Band (this Friday, August 5), Michael Franti on September 8, and Modest Mouse on September 22. As of Thursday, August 3, tickets are still available for all three shows.

On August 18 and 19, Shakespeare in the Park will present Titus Andronicus in beautiful Drake Park, with VIP tickets available for those who want to eat, drink, and be merry in style.

Personally, I’m super-jazzed the powers-that-be scheduled this year’s Bend Brewfest for my birthday weekend. August 10-12 at the Les Schwab Amphitheater will be craft beer bliss with 60+ breweries pouring more than 200 different craft beers and ciders. Pro tip: Get your hands on the program ahead of time in The Bulletin or The Source and mark the beers you most want to try so you can make a beeline for those booths before the taps run out.

Speaking of beer, the Little Woody Barrel-Aged Beer & Whiskey Fest is slated for September 1-2 this year, so make sure your calendar is marked accordingly if you love barrel-aged beer.

For families, the popular Munch & Music concert series will come to a close August 10 with Pigs on the Wing, which means the Munch & Movies series will kick off August 19 and continue through September 9 with fabulous films shown in scenic Compass Park.

One of my favorite things about the warmer months in Bend is the chance to enjoy meals in Bend’s great outdoors. 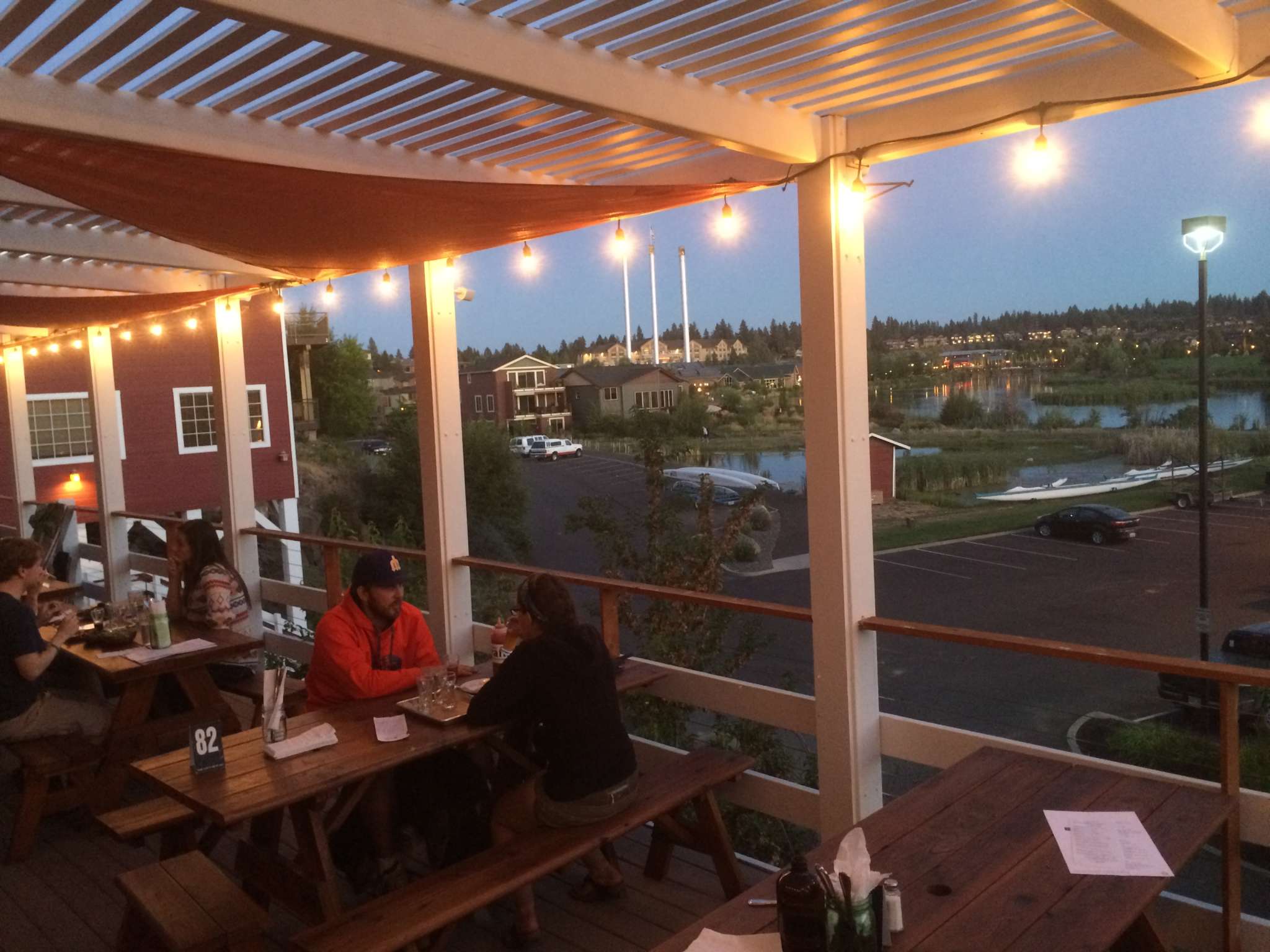 Fit in some outdoor dining on the outdoor patio at Craft Kitchen.

Some of my summertime faves include Crux Fermentation Project, the cozy courtyard at Jackalope Grill, the sunny patio at McKay Cottage (one of my favorite breakfast spots!), and the riverfront deck at Currents at the Riverhouse.

Now get out there and enjoy the rest of summer!