Thirteen years ago, iPods dominated the market, Skype wowed the world, a thing called “The Facebook” was all the rage on college campuses, and if you had a one-megapixel phone camera, you were doing alright.

In a tiny corner of the world, the Bend Venture Conference (BVC) also made its debut.

Since 2004, BVC has become the second oldest angel conference in Oregon as well as the second largest in the country based on capital extended. Last year, $3,918,000 was awarded to ten different companies. The past 13 years have shown that the entrepreneurial spirit is alive and kicking… hard… in Bend, Oregon. 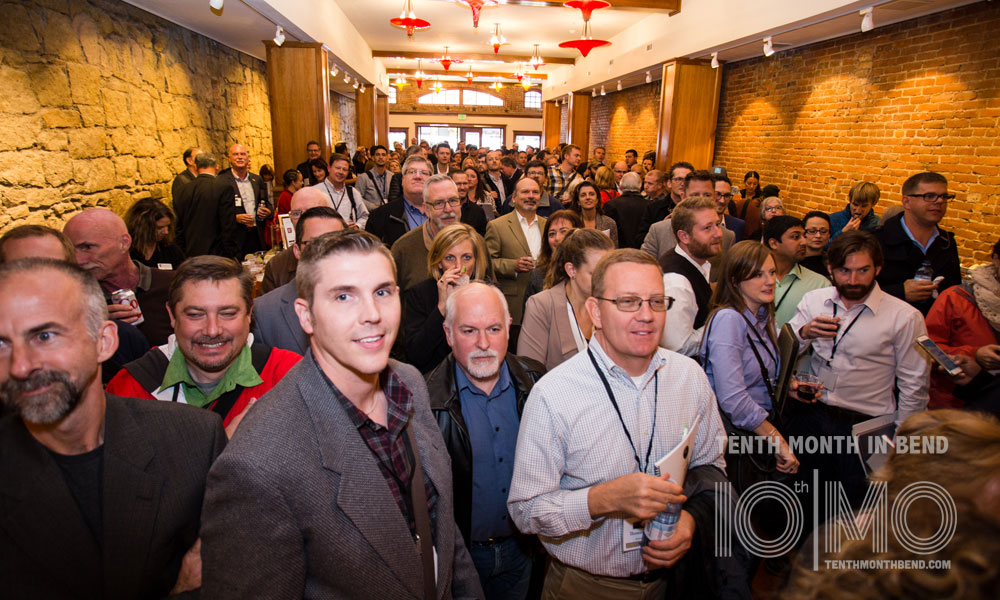 In 2004, Bend Venture Conference awarded over $1,000,000… in “BVC Bucks.” The crowd voted for their favorites with fistfuls of Monopoly-esque money. In return, the winner received a private business review as well as recognition and clout in the Central Oregon community. It’s chuckle-worthy now, but those humble beginnings led to PV Powered—the first BVC winner in 2004—being acquired by Advanced Energy in 2010.

2. THOSE DRIVING GLOVES LOOK GOOD ON YOU

Dan Hobin and Karen Fast co-founded the Bend Venture Conference in 2004. Back then it was organized and run by a team of passionate volunteers with pockets full of flip phones. In 2008, Economic Development for Central Oregon (EDCO) slid into the driver’s seat, cranked up the tunes and invited the entrepreneurial world along for the ride.

3. MAKING AN EXIT IS A GOOD THING

Daymond John, the founder of FUBU and an investor on the wildly popular television show Shark Tank, was the keynote speaker at BVC in 2012. He even brought his own DJ…a definitive “whoa” moment of the event… and wowed the crowd with his rags to riches story and advice for real word entrepreneurship.

5. WHEN YOU STICK THE LANDING

A major milestone was achieved in 2014 when BVC broke $1,000,000 in angel funding. In front of a sold-out crowd, Amplion Research and PoachedJobs emerged as the top winners and BVC set a new standard of more money attracting better deals, and better deals attracting more money.

2016 was a huge year for BVC—nearly $4 million in funding was awarded to ten different companies. The Cinderella of the ball was Hubb, an event technology company based in Vancouver, WA. They took home over $2.5 million from various investors, making them the biggest BVC winner to date. Hubb is currently using the funds to accelerate marketing efforts by hiring a talented team and giving them the budget needed to grow the company. 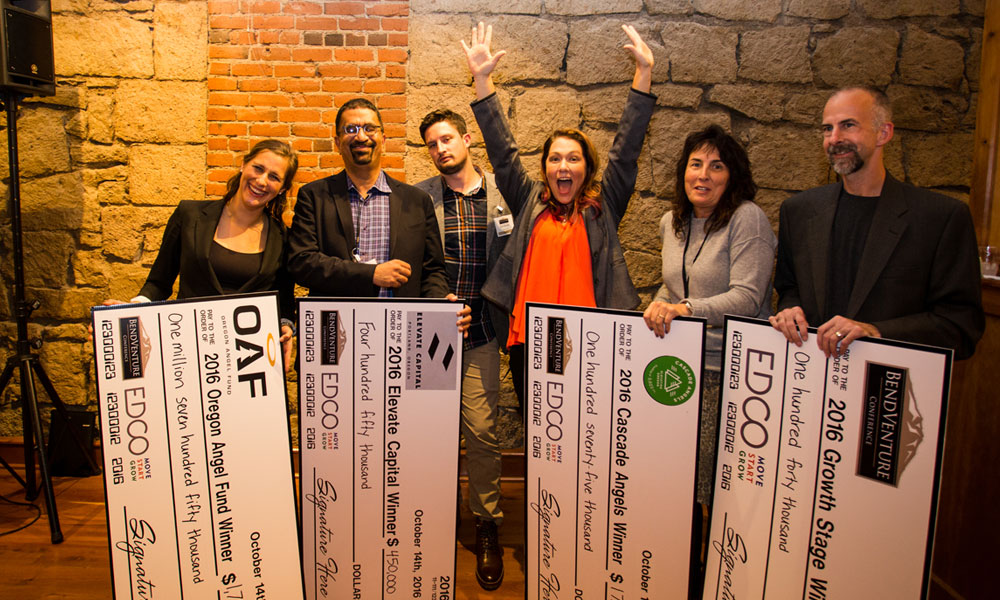 7. “HUSTLE MUSCLE” FOR THE WIN

One of the most electrifying parts of the Bend Venture Conference is the audience participation in choosing the Early Stage winner. Open to companies from Central Oregon with a great idea that are closing in on “proof of concept,” this year’s Early Stage competition includes a $17,500 cash grant. After listening to five heart-thumping, sweaty-handed pitches, the BVC crowd votes for the winner… and changes a few ramen-fueled lives in the process.

The 2017 Early Stage finalists are:

Last year, BVC’s Growth Stage category awarded prizes ranging from $100,000 to $1,750,000. This stage is open to companies with a proven concept, initial revenues and a plan to scale quickly with their BVC investment. These trailblazers have slain a few monsters, gathered the coins and are ready for the next quest.

Finalists this year are:

9. DREAMERS WITH A CAUSE

In 2016, the Bend Venture Conference launched the Social Impact competition category. Open to for-profit companies with a social or environmental mission built into their business model, prizes ranged from $50,000-$100,000 that first year. Doing good along the way has its perks, and this year four companies are vying for funding:

This October, hundreds of dreamers and doers will descend upon the iconic Tower Theatre in Bend, Oregon to celebrate the spirit of entrepreneurship. It’s a chance to mix and mingle with hundreds of friends, new connections and prominent investors, all connected by the thread of bold thinking. Imagine what it would be like, in another 2, 5 or even 13 years, to say, “I was there when…”

2017 is Bend Venture Conference’s 14th year, with 14 companies competing for funding. (Is “14” the new lucky number? Let’s see, shall we?) It all happens October 19-20th during Tenth Month Bend.

Get your tickets here.