Sometimes you crave something beyond the traditional dinner-and-a-movie date. A shared experience that combines relaxation with a touch of intimacy, capped off with drinks and a great meal. 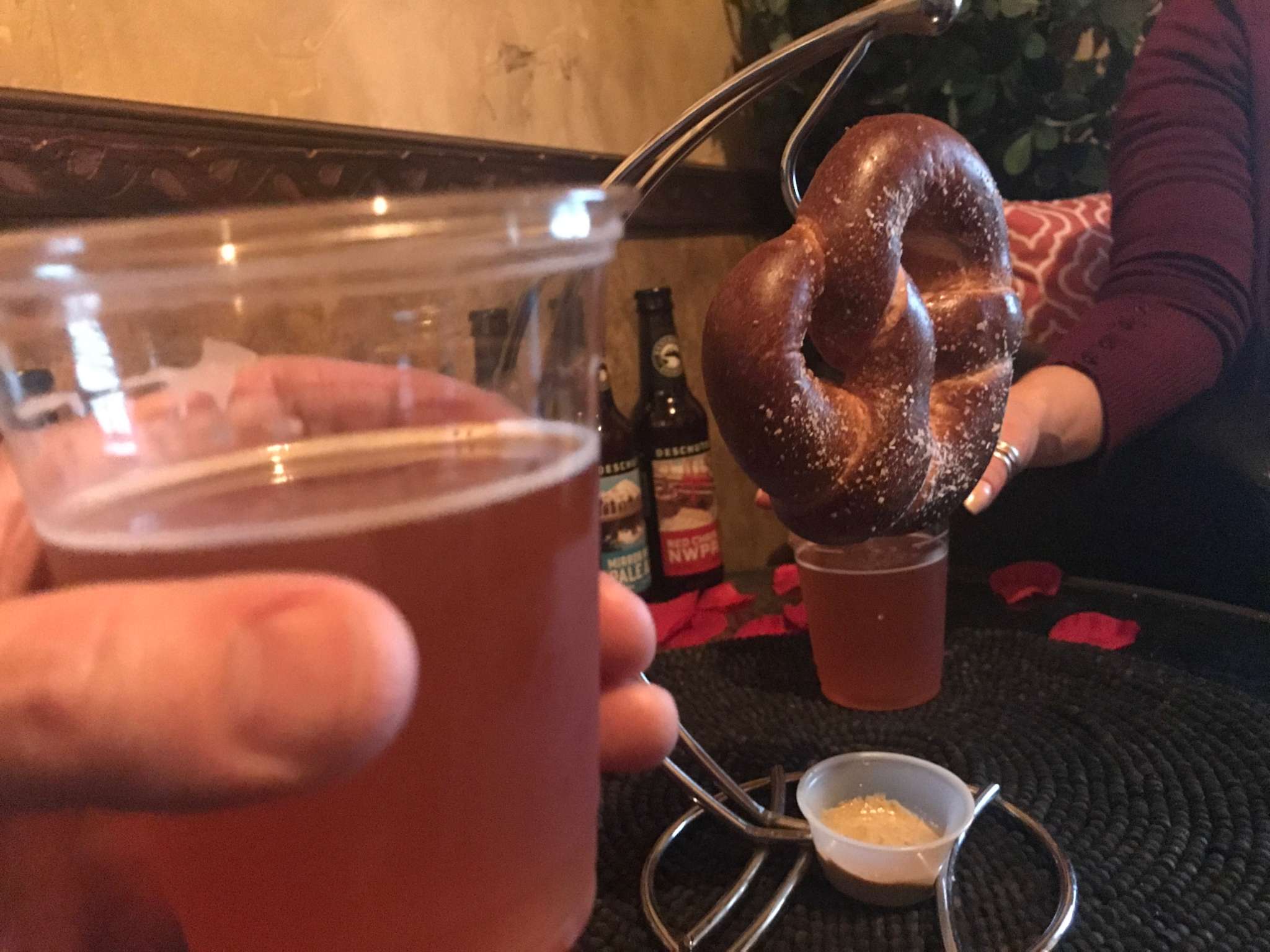 Start off the Hop in the Spa Experience with beer and a pretzel.

Sound hard to find? It’s totally not! Here are three cool date ideas in Bend that combine soaking, sipping, and supping (a hat tip to the Old English verb for dining, not an acronym for standup paddleboarding). Ready? Let’s go!

Hop in the Spa and Tumalo Feed Company

It’s been more than two years since America’s first beer spa took the media by storm, resulting in gobs of buzz over this unique beer experience just 23 miles northwest of Bend. 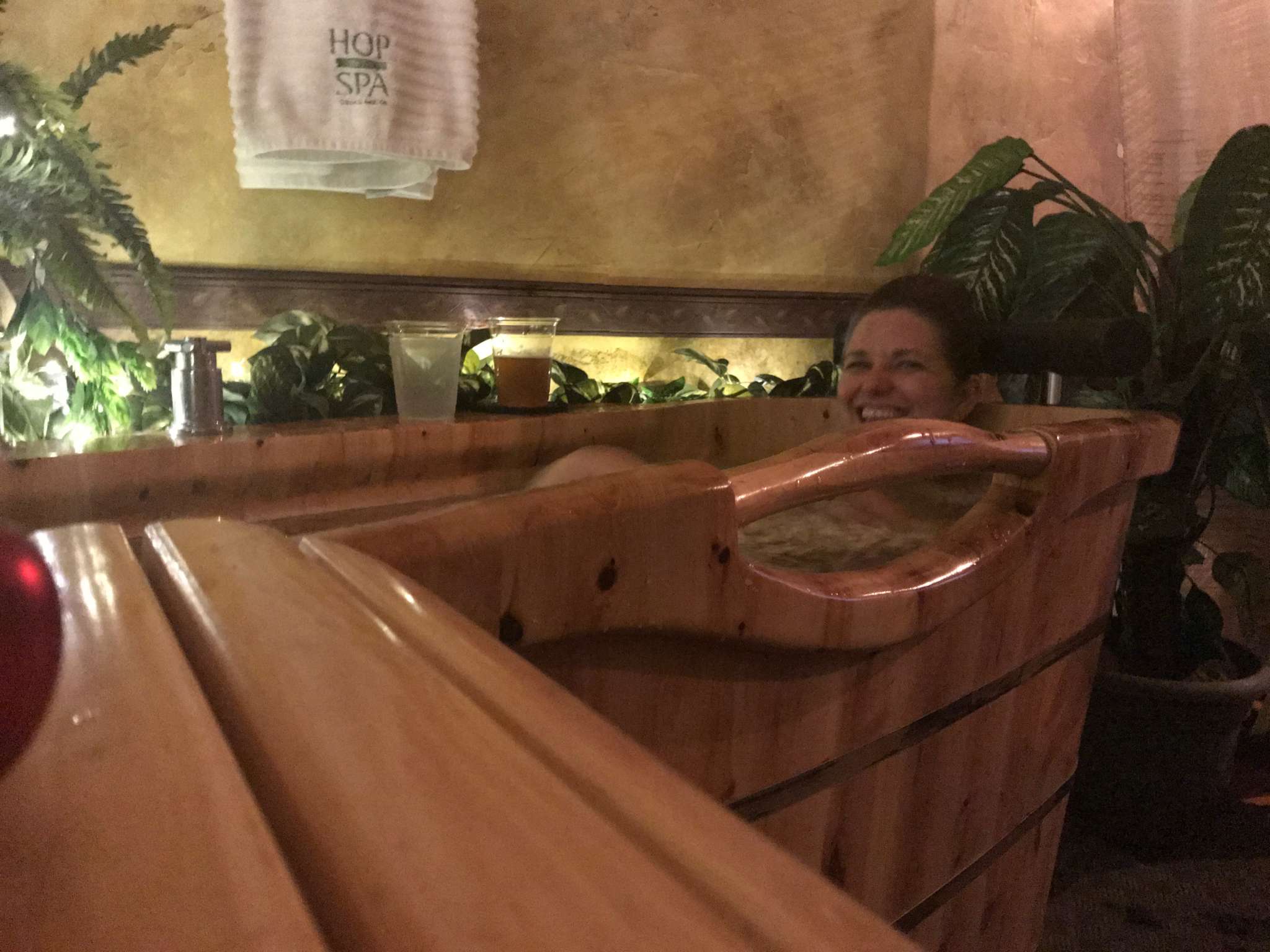 Blogger Tawna soaking in one of the cedar tubs.

There’s a reason for the hype. A soak at Hop in the Spa in Sisters is one of the most unique couples’ experiences you can book in a beer-centric region like Central Oregon.

You start off in a relaxation room with your sweetie, where you sip craft beer from Deschutes Brewery and nosh a warm, soft pretzel if you’re so inclined. Next, you undress (or wear your bathing suit if you prefer) and slip into a solid cedar tub filled with hops, herbs, minerals, and oodles of other good-smelling things blended by herbalist and naturopathic practitioner Sally Champa. 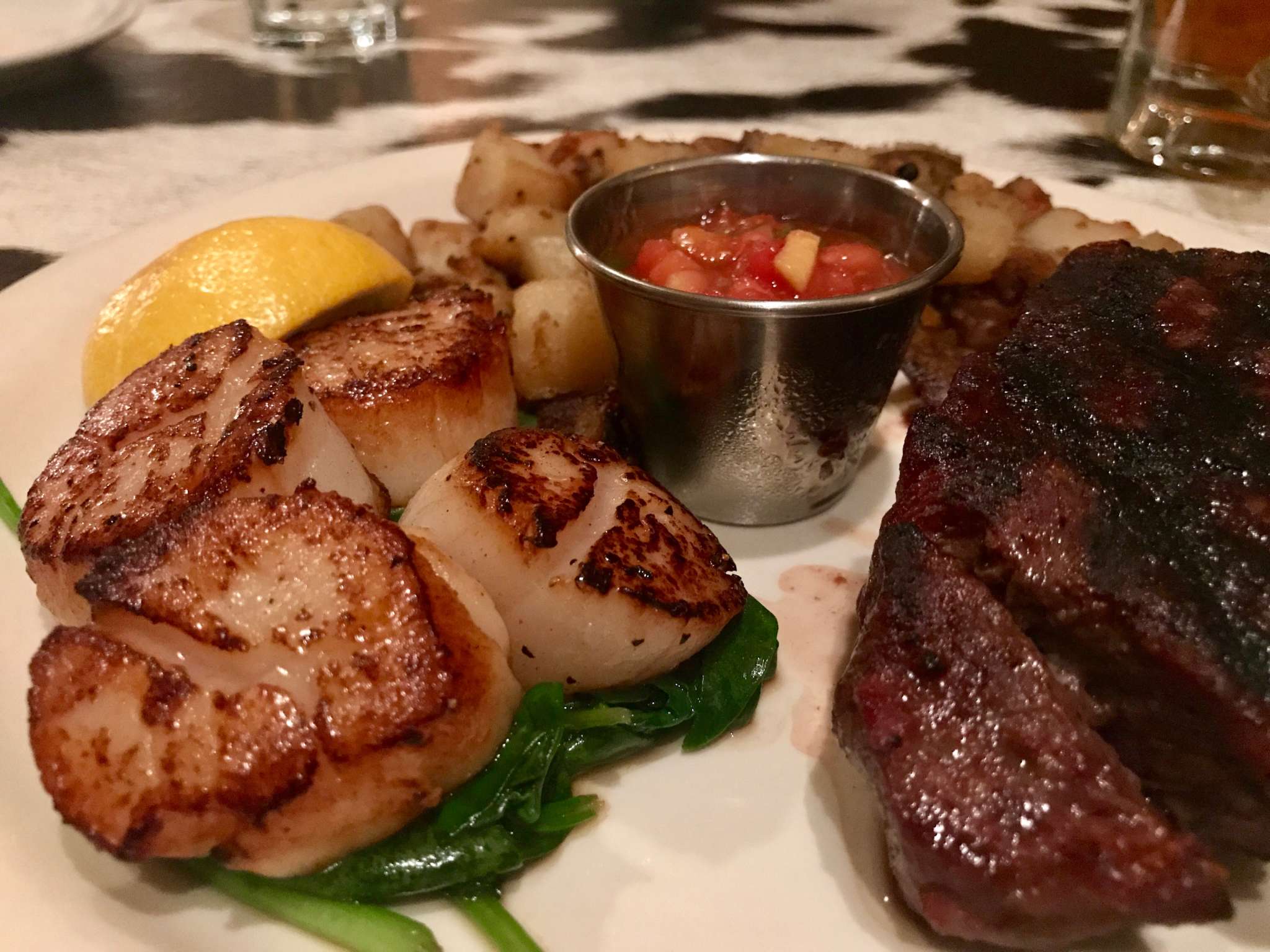 The hubby and I sat in separate tubs facing each other so we could talk, and even got to pick the music to accompany our soak. Couples have the room to themselves for ultimate relaxation and privacy, though you could easily enjoy it with a friend. Sipping a hoppy IPA while immersed in a warm bath filled with bobbing handfuls of hops goes down in my book as one of the coolest beer experiences I’ve had, and there’s a unique vibe that’s equal parts “luxury day spa” and “funky-cool Old West.”

Pro tip: Towel off well afterward, and wear underthings that won’t stain if there’s some hop residue left on your skin (sexy, right?) 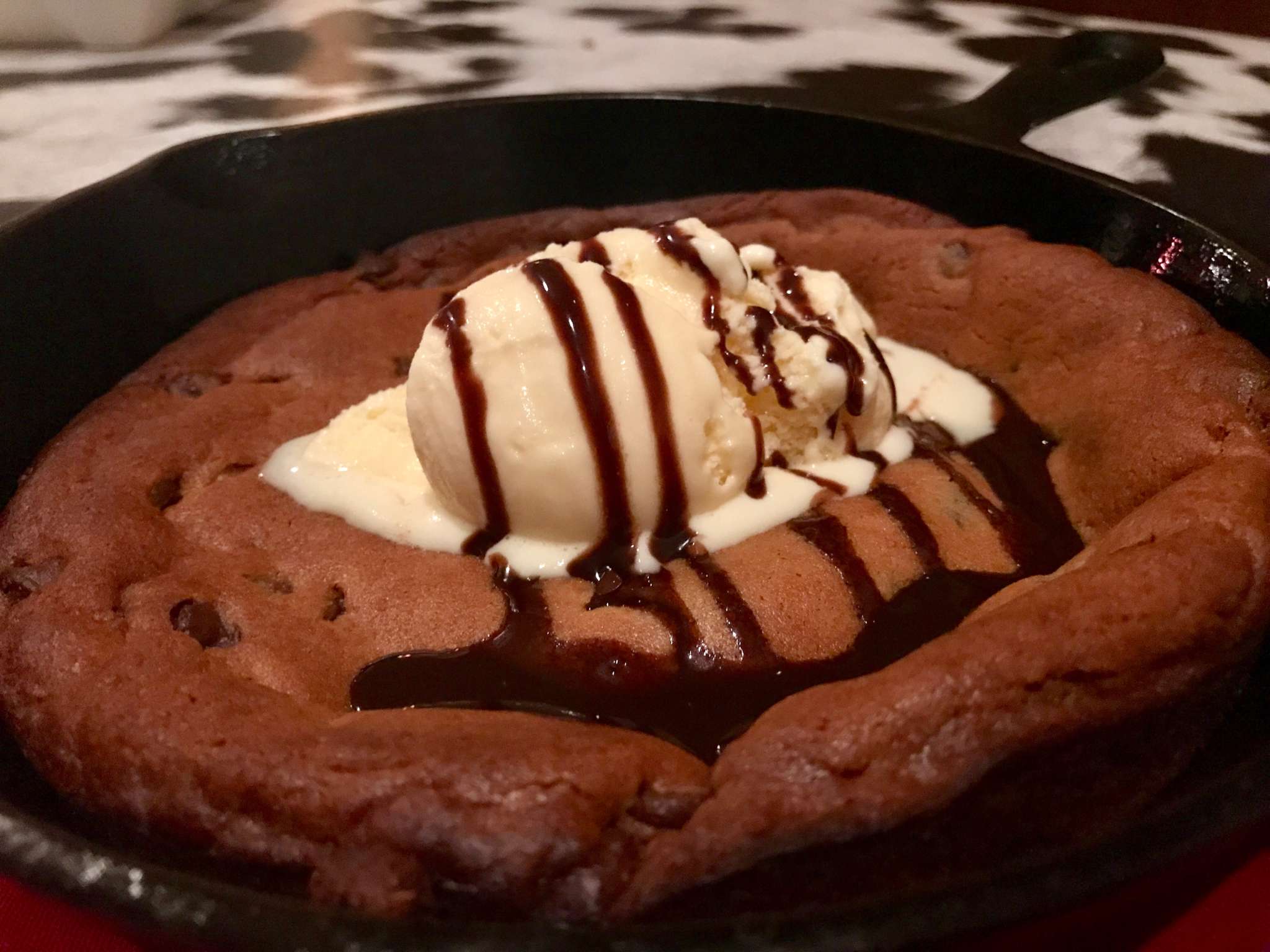 Now that you’re nice and relaxed, it’s time for dinner. Since you’re headed back to your Bend hotel and already feeling the old-timey Western vibe, stop off at Tumalo Feed Company for some down home cookin’. The building dates back to the early 1900s, and Tumalo Feed Company has been operating since 1991. It’s under new ownership since December 2017, but the menu is still the same homey fare fans have been enjoying for years.

Steaks are especially good here, and don’t forget to add their homemade onion rings for $1 more. Their tap list is solid, and gives you a chance to sample more local craft beer (Boneyard’s RPM is a safe bet for any fan of hoppy suds).

Don’t forget to save room for the skillet chocolate chip cookie, which takes 20 minutes to bake, so plan ahead. With your belly full, head back to Bend and dream of warm water and cold beer.

Float Central and a mellow meal at Currents

I’ve been dimly aware of Float Central for a couple years now, but it wasn’t until I set out to write this blog post that I tried it myself. 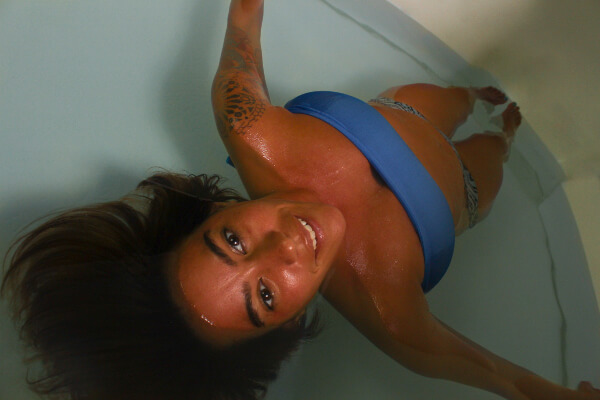 Float your cares away at Float Central (but ditch the bathing suit!)

Holy cow, you guys, can I just say this was one of the coolest things I’ve done in Bend?

For those who don’t know, floating is a wellness technique that involves slipping into a tank filled with about 11-inches of water saturated with Epsom salts. The buoyancy of the salt water keeps you afloat in water that’s heated to skin temperature, so you basically lose track of where your body ends and the water begins.

We started our experience with a glass of kefir water (on tap in the lobby) before moving to the float rooms. We got a detailed explanation about what’s involved, including our options for closing the tank door versus keeping it open, and the different options for earplugs if we wanted them. Then we retired to our separate rooms to shower and slip into our private float tanks.

(Sidenote: I will confess that my preconceived—and misguided—notions about floating led me to fear I’d be dunking myself in water filled some previous floater’s skin gunk. That couldn’t be further from reality. The entire volume of water within the tank is filtered and passed through a UV system after each use and treated with an environmentally friendly hydrogen peroxide solution. There’s a lot of other stuff on their website that put my mind at ease, plus stepping inside their super-tidy, calming space gives you a firsthand look at how tidy they keep things. No shoes allowed beyond the lobby, for starters, and showers are mandatory. In other words, germaphobes can rest easy). 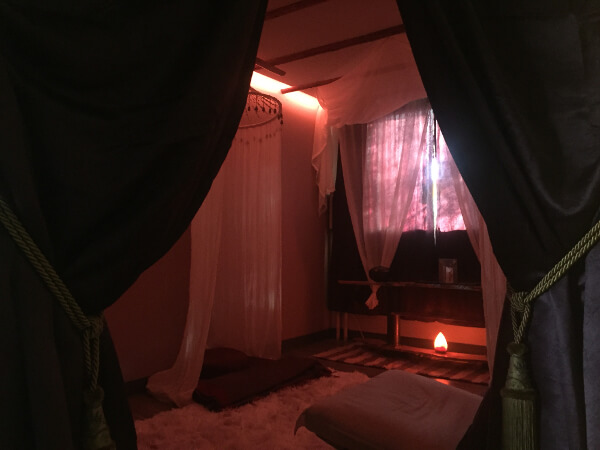 Following your float, you can chill for a while in the meditation room at Float Central.

While my husband is one of those people who relaxes easily and zonks into deep sleep or meditative states, I soooooo don’t. I’m not good at shutting off my brain, so I wasn’t sure I could do a full 90 minutes in the tank.

Surprisingly, I did manage to zone out. I didn’t fall fast asleep the way my other half did, but there was something unbelievably relaxing about having no sounds, no sights, and no work required to keep my body afloat. Taking away those stressors left my mind to meander to greener pastures, like what I wanted for dinner and whether I’d somehow slipped through the cosmos and was floating in outer space.

It was way cool.

Speaking of dinner, you’ll want to plan ahead for the meal that follows your floating experience. Float Central provides everything you need to shower off afterward, but trust me when I say you won’t want to wreck your blissed-out buzz by revving a hair dryer or heading to some noisy bar. 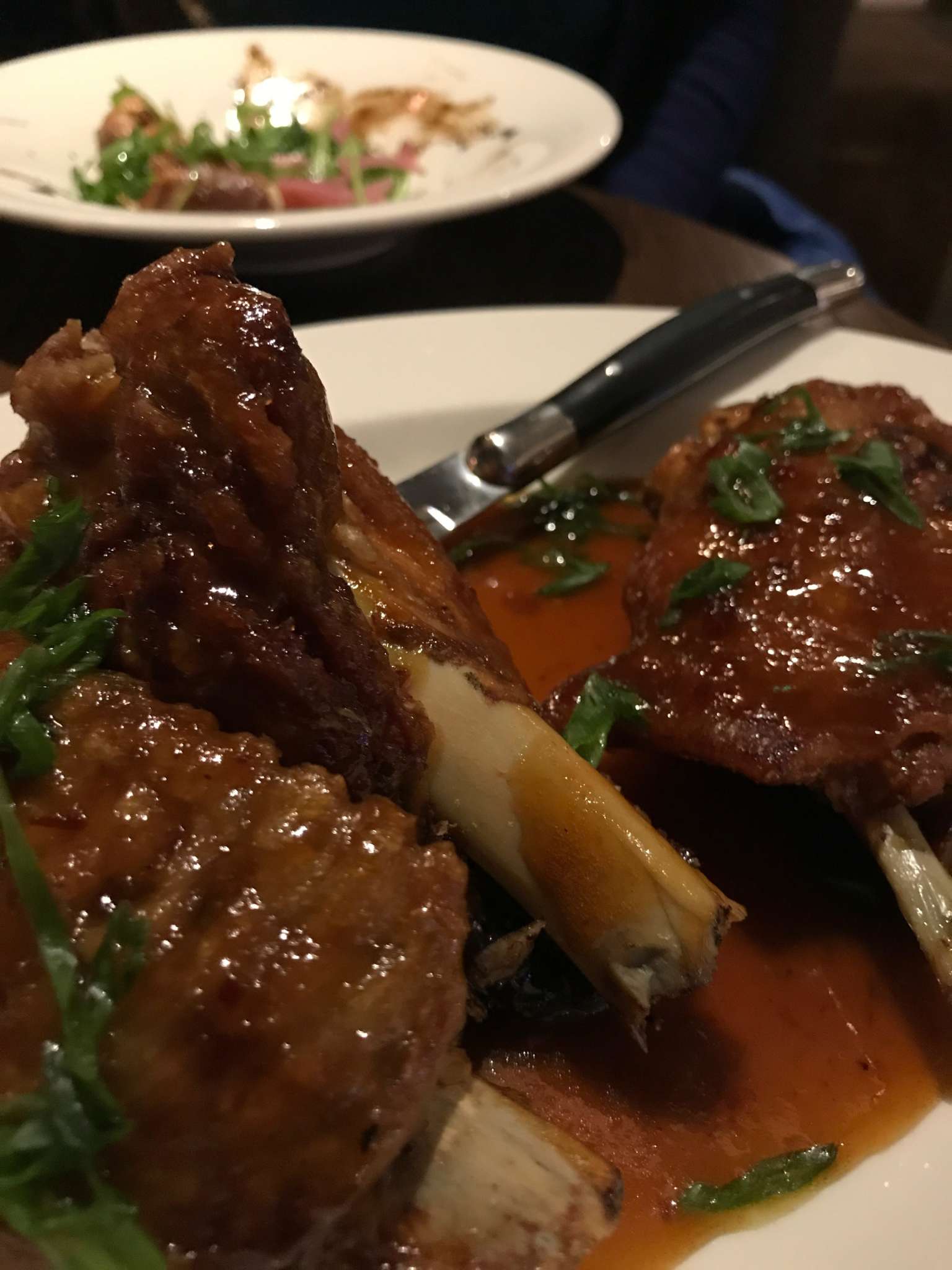 Tasty food with a river view at Currents.

We opted for Currents at the Riverhouse, where we knew we could cozy up in the oversized chairs at one of their casual river-view tables. A glass of red wine was the perfect way to keep my mellow state going, and Currents has a wine list that includes several Oregon Pinot Noirs (the Elizabeth Chambers was especially awesome).

We ordered several dishes to share, including a baby kale and quinoa salad, prosciutto-wrapped dates, and the confit turkey leg with sweet and spicy ginger plum sauce (surprisingly huge, but sectioned so it’s easy to eat).

If you’d rather preserve your mellow post-float vibe by skipping the restaurant scene altogether, call ahead to one of Bend’s amazing sushi restaurants and order takeout to bring back to your Bend hotel.

If you’re staying in a vacation rental with a kitchen, you’ll find a well-stocked Safeway just a few steps from Float Central. Grab a couple lobster tails or steak, a bottle of wine, and some sides from their deli, and you’re all set for a dreamy, blissed-out, romantic dinner in the privacy of your room.

McMenamins for soaking and a fireside dinner

Want your soak-sip-sup experience to happen all in one location with the bonus of adding sleep in the same spot? A stay at McMenamins Old St. Francis School is a great option. 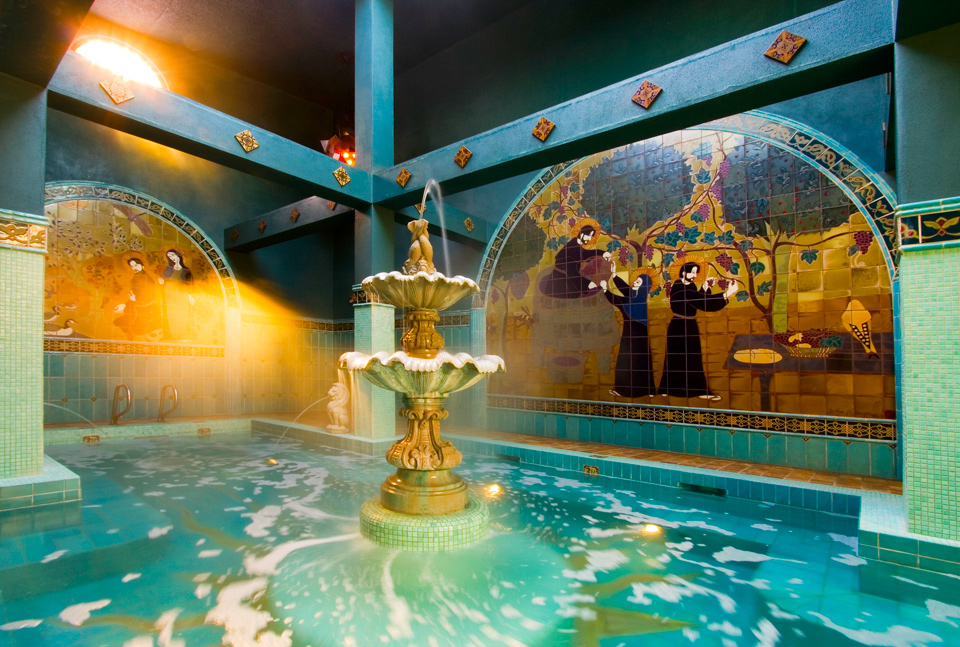 Escape to another world in the soaking pool at McMenamins.

Start by hitting the bar for a plastic cup of beer (glass isn’t allowed in the pool area). 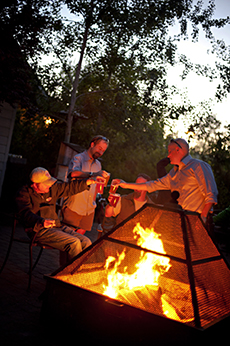 Gather ’round the fire pits at O’Kanes following your soak, and don’t miss the Cajun tots.

Raspberry-infused Ruby is refreshingly light option that often appeals to folks who don’t love beer. Spend a relaxing hour or so soaking your bones, sipping your brew, and letting your worries slip away.

After you’re showered and dressed, head to one of McMenamins fabulous bars for dinner. There are several options, but the fireside area outside O’Kanes is a great choice for maintaining your chilled-out vibe. Nabbing a spot by one of the fire pits will keep you toasty even when it’s cold out, and an order of their famous Cajun tots will keep the fire going in your belly.

And another beer, of course.

Ready to head back to your room? If you’re staying in the Art House or Ed House, make sure to poke around for secret rooms and corridors. I won’t tell you the location of the secret Broom Closet Bar, but if you find it while wandering around, it makes a great spot for a nightcap.