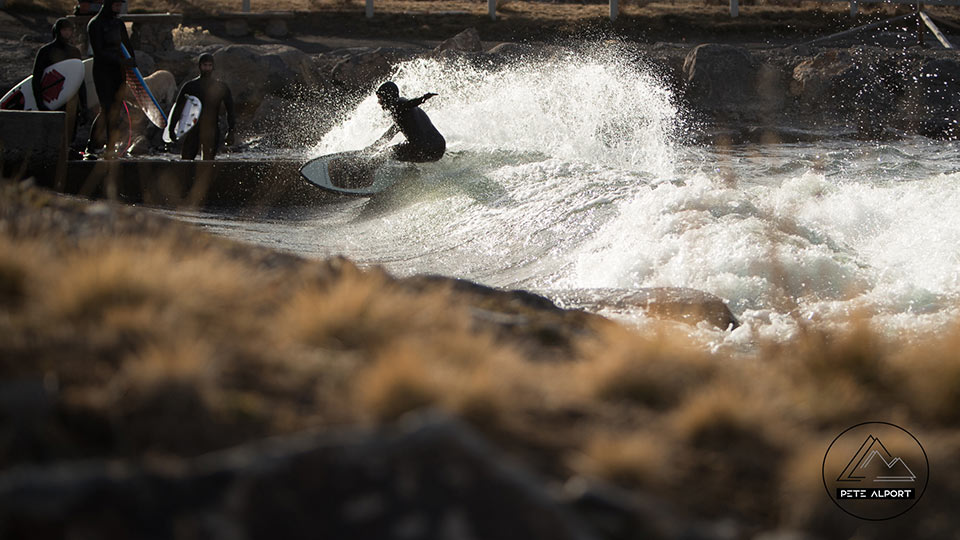 Ah…springtime. It’s the season where Bend locals find themselves cranking the car heater in the morning and the air conditioning in the afternoon. The season where you might feasibly use the same muscle groups to paddle a kayak and shovel snow in the same 24-hour period.

It’s one of my favorite times of year in Bend. With that in mind, here are 8 things that make springtime in Bend so uniquely awesome. 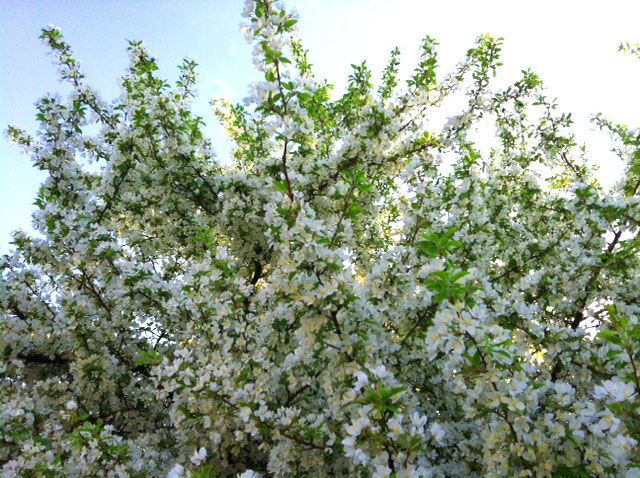 This time of year, you’re sometimes not totally sure if you’re dodging fluttering snowflakes or blossoms.

There’s nothing quite like strolling down the street and finding yourself in a cloud of white fluttery bits. Are they snowflakes? Are they spring blossoms from that nearby fruit tree?

You’re never sure at first, and that moment of wide-eyed wonder is one of Bend’s most oddly cool experiences.

Wearing sunscreen year-round is a necessity in Bend, where our high altitude and the albedo effect of a bright white surface like snow can earn you a nasty sunburn even in December. Locally-made Oregon Lavender & Sage sunshade lotion by Angelina Organic Skincare is an awesome product to slather on every day.

That said, we sometimes forget. Or maybe we fail to realize that sunny spring temps mean reapplication is important throughout the day.

I know my dermatologist would punch me for saying so, but there’s something about the season’s first pink shoulders and nose that fills me with giddy excitement for the summer to come. It’s like the Bend version of Groundhog Day.

Springtime can bring spring showers, which are infrequent in our dry high desert climate. But those showers bring some of my very favorite fragrances in Bend.

Damp juniper, blooming bitterbrush, rain-soaked ponderosa pine bark baking in the sun….they’re some of the most unique smells in the world. I know some folks struggle with allergies this time of year in Bend, but it’s almost worth it to enjoy the explosion of olfactory goodness.

A little birdie told me…

Springtime brings oodles of birds out for nesting and migration, and sometimes you feel like a Disney character whose every movement is accompanied by birdsong.

A great way to enjoy it to its fullest is through a partnership between the Old Mill District and the East Cascades Audubon Society offering free guided weekly bird walks. These walks are led by an expert from the local Audubon Society and wind around the trails of the Old Mill District. The area is a migratory corridor, so you’re guaranteed to see lots of feathered friends.

The walks are appropriate for all ages, and free rental binoculars are available for checkout. You can even grab a specially-designed birding list to help identify what you’re seeing along the way. 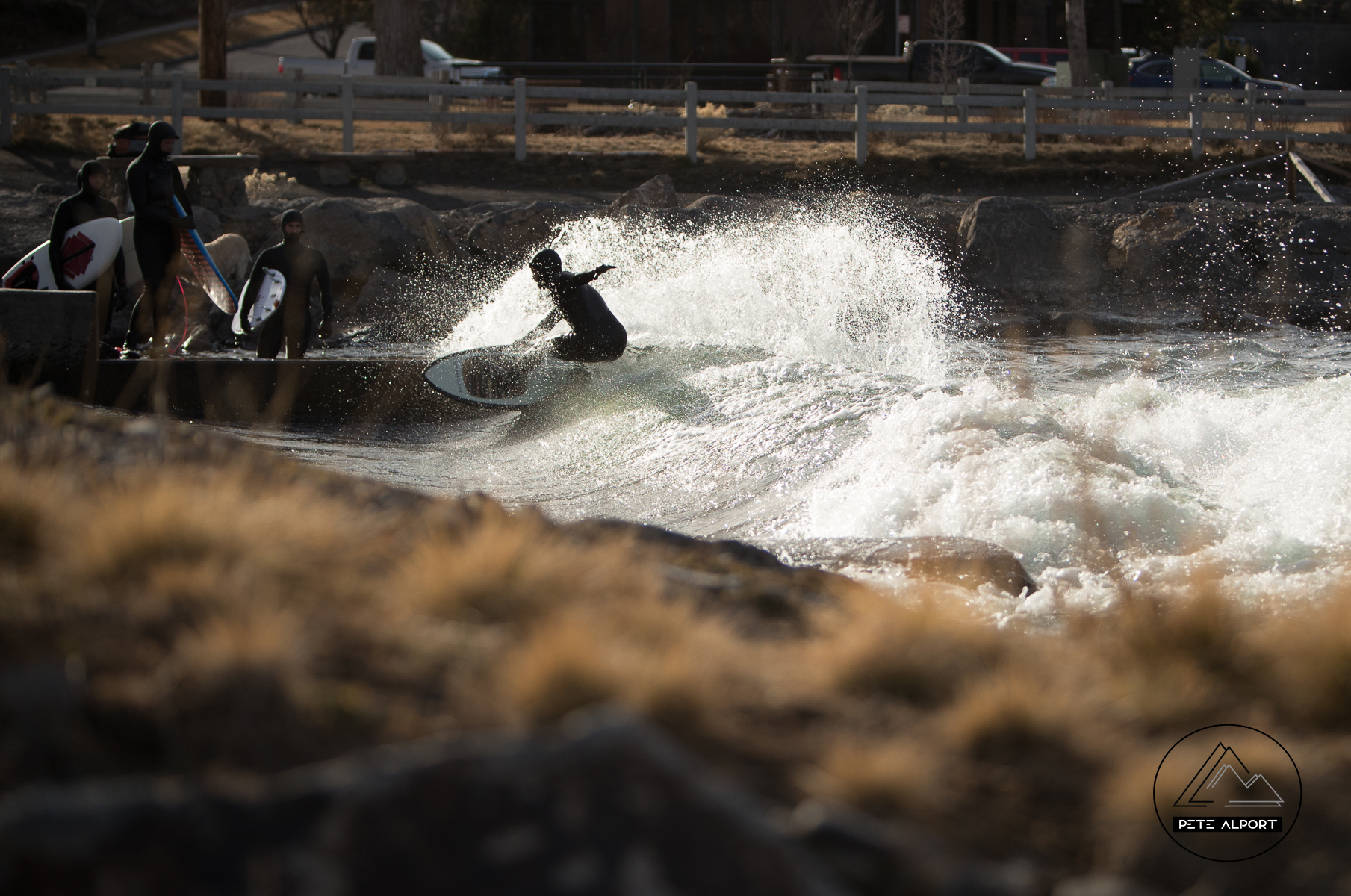 Surfers in the Bend Whitewater Park become more abundant (and less covered-up) as we get deeper into spring.

More skin in the whitewater park

But when spring arrives, they multiply. Not only that, but some swap the full-body suits for shortie wetsuits and attire meant for warmer weather.

The river is still icy cold, but it’s exciting to see such a visible sign of rising temps. It’s fun to watch, especially if you’ve only ever witnessed the sort of surfing that takes place on sandy tropical beaches.

Daffodils in the snow

It happens every year: spring sunshine coaxes the tulips and daffodils out of their underground slumber, and suddenly Bend is awash in oceans of pink and yellow flowers.

Then it snows. It always does, at least once. It’s weirdly beautiful to see those cheerful blooms poking up through a blanket of glittery white, and it’s one of the most quintessentially Bend things I know. 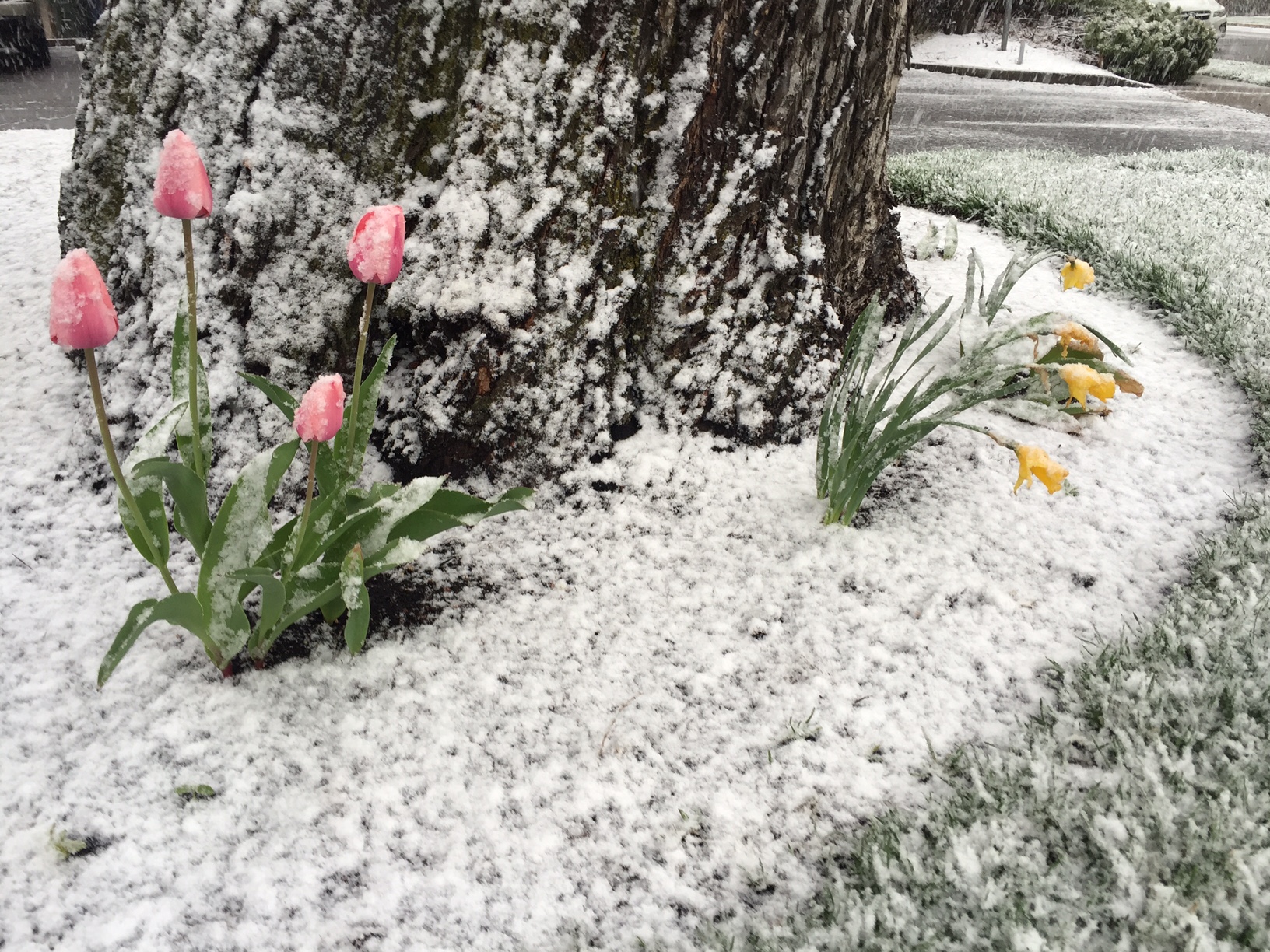 It’s not uncommon to see spring blooms under a skiff of snow this time of year.

Skiing in a T-shirt

While a lot of other ski resorts are winding down for the season, Mt. Bachelor still has plenty of season ahead of it. Bend’s beloved ski hill has one of the longest ski seasons in the nation, lasting all the way through Memorial Weekend.

Their popular Springtacular Season Pass is your ticket to ride up to 58 days in April and May. It basically pays for itself after your third visit, so it’s like getting 55 days for free.

Cruise the corduroy, slash the corn snow, and enjoy incredible spring powder days at one of the best spring ski mountains in North America. The events calendar is packed, too, so there’s no shortage of fun to be had.

The canals are running!

Bend’s irrigation canals aren’t a landscape feature most tourists ever see, but they’re a common sight flowing through residential areas of southwest and northeast Bend. Some folks think of them as glorified ditches, but most of us see them as burbling creeks that add an eye-catching sparkle to daily dog walks. 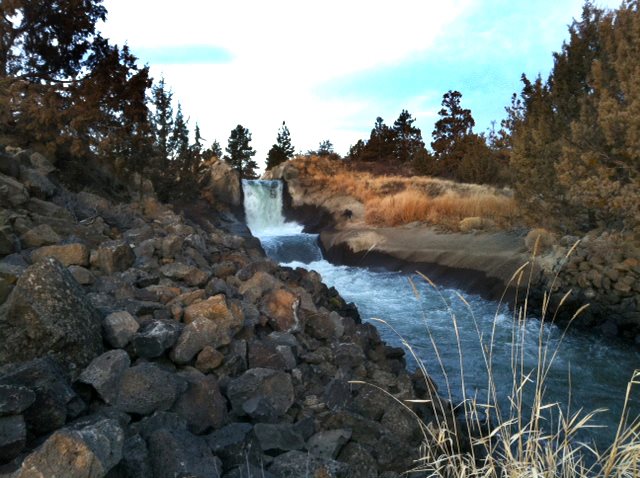 One of the lovely canals on Bend’s northeast side.

While the canals are shut off in late-fall each year, spring is the time they gush to life and keep flowing for the next six months.

There are some particularly lovely spots in the northeast part of town along Butler Market Road. You can head east or west from starting points along Brinson Blvd. or Purcell Ave., and the maintenance easement running along the west side makes a lovely walking trail (particularly for those with dogs).