How to enjoy the 2018 concert season at Les Schwab Amphitheater 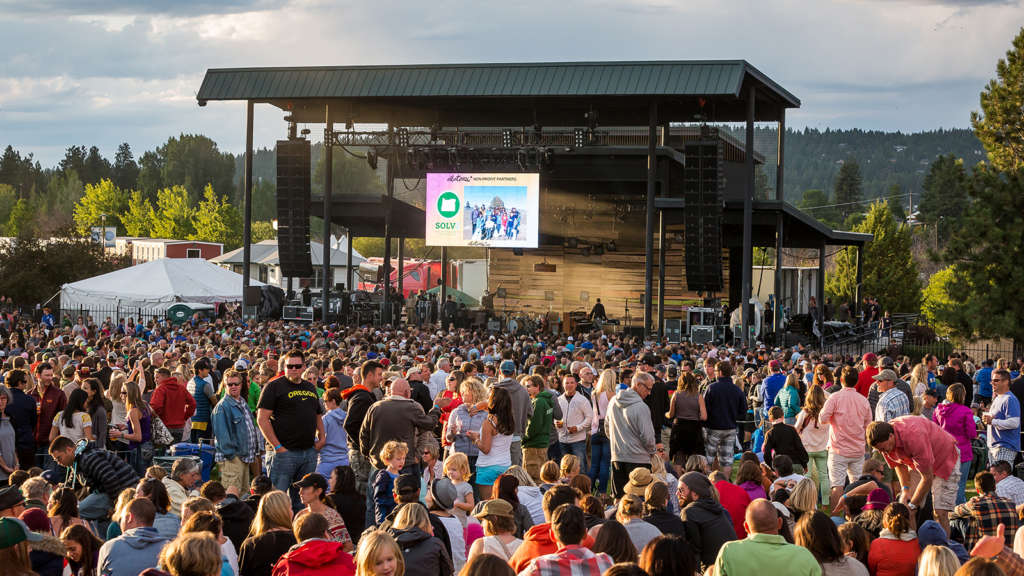 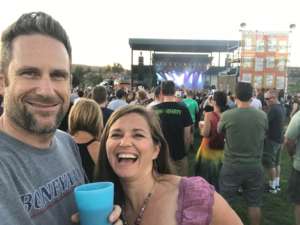 Blogger Tawna and her husband, Craig, always remember their reusable (and refillable) glow-in-the-dark Silipints for concerts at the Les Schwab Amphitheater.

On the giant list of things I love about Bend, summer concert season at the Les Schwab Amphitheater easily ranks among my top 5.

Dancing barefoot on the grass with the stage bathed in pinky-orange sunset while music ripples off the Deschutes River, or snuggling with my hubby in our sand chairs as we share a bottle of wine and groove to our favorite songs. These are some of my best Bend memories, and they’re going to get even better in 2018.

The upcoming season boasts the most performers ever in a summer concert lineup at the Les Schwab Amphitheater (17 acts, with one or two more slim possibilities!) Here’s what’s on tap:

The Dave Matthews Band show and the Willie Nelson/Alison Krauss show are already sold out, but as of May 23, 2018, there are still tickets remaining for the others. 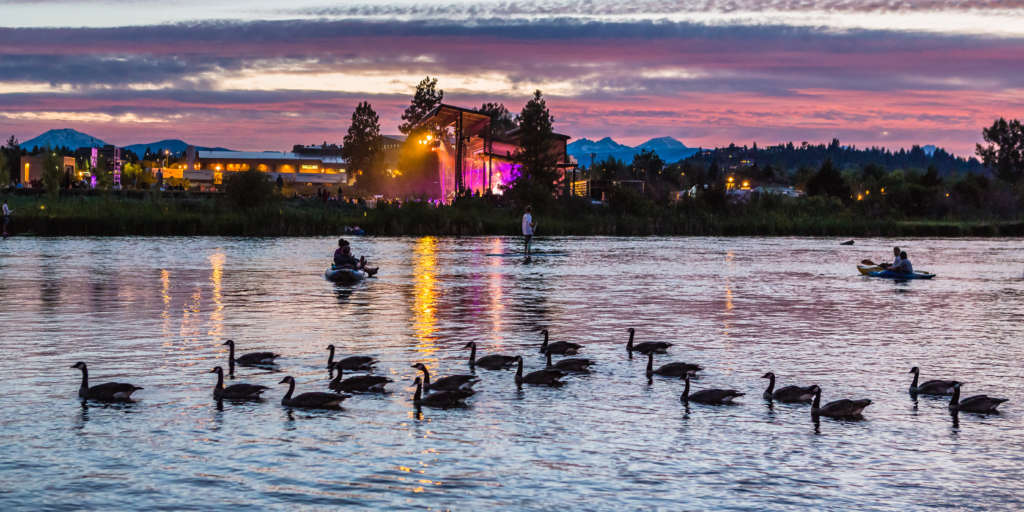 Sunsets at the Les Schwab Amphitheater are a wonder to behold.

So what do you need to know to enjoy an awesome concert season? Here are a few dos and don’ts.

DO pay attention to seating rules.

Not all concerts have the same rules when it comes to seating, so it’s crucial to check the event details before you show up at the venue.

Low-backed chairs (no more than 33 inches) are permitted for most shows, but not for Primus, Dave Matthews Band, Pixies, and Portugal. The Man.

New this year, no blankets, towels, or yoga mats of any shape or size will be permitted. It’s partly to prevent the sprawl that happens when people show up with a couple king-sized comforters and a belief that they’re entitled to a vast acreage of prime seating, but mostly it’s a safety issue. Every minute security spends digging through your rolled up blankie to find contraband crackers is a minute they won’t spend watching for legit security issues. It also slows down lines, and none of us want that. Please leave blankets and towels at home.

Fortunately, the good folks at the Les Schwab Amphitheater have purchased a gazillion beach towels they’ll loan out free of charge, so you won’t have to plant your butt in the grass if you don’t want to.

DO buy tickets in advance. As I mentioned earlier, a couple shows have already sold out. If there’s a show you really want to see, check the concert lineup here and follow the links to buy tickets in advance. You can also buy them in person at the Ticket Mill in the Old Mill District, which is open daily during the summer months. 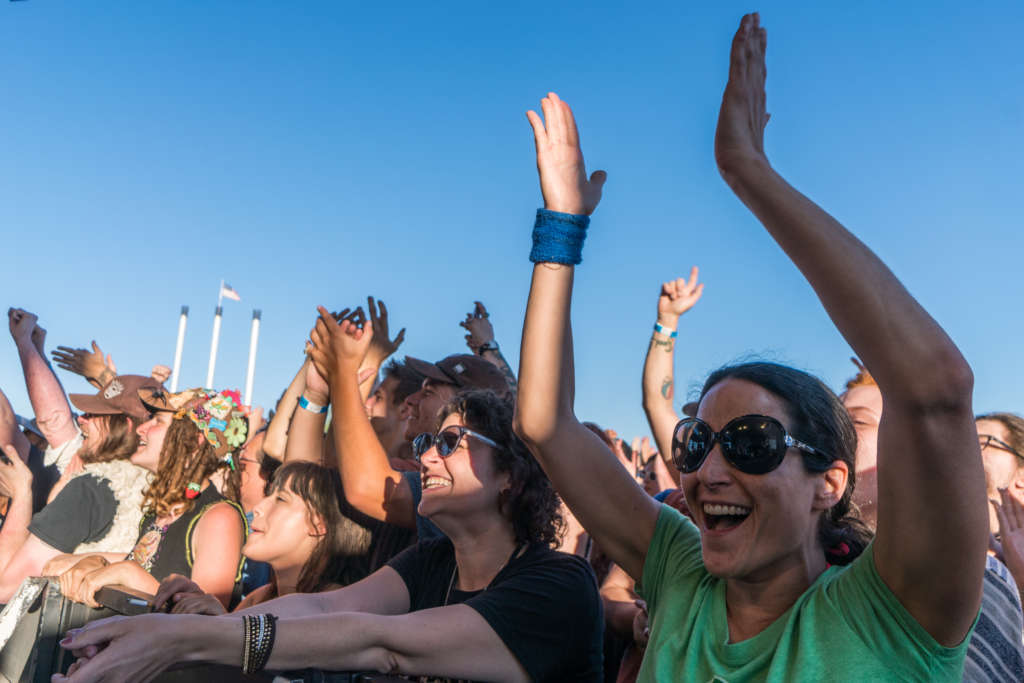 Get ready for a good time this summer.

DO hit Will Call instead of the Ticket Mill for last-minute tickets. If you decide to risk it and not purchase tickets ahead of time, you’ll score a slight discount if you hit the Will Call booth right outside the venue instead of the Ticket Mill outlet on the day of the event (though they’ll still cost slightly more than they would have if you’d bought in advance). Will Call opens at 4 p.m. just before each concert begins.

Despite some initial grumbling, a funny thing happened. The promoter for some super-duper-famous artists (*ahem* Dave Matthews Band and Phish) got wind of the new policy and called the Les Schwab Amphitheater folks. “So I see you’ve decided to start being a real venue,” he reportedly said. “In that case, we’d like to play there.” 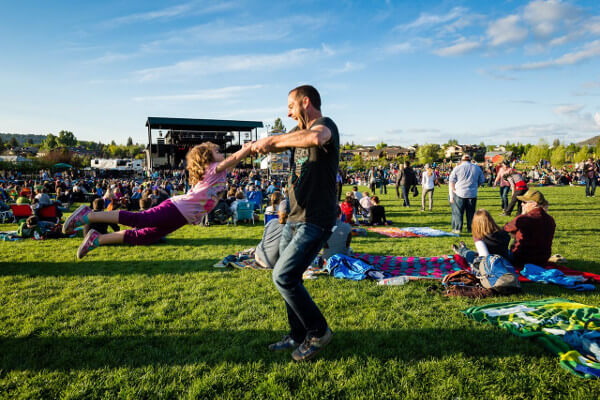 Many of this summer’s shows are family-friendly.

DO expect to have your bag searched. This is part of the process when you enter the venue, along with having your chair measured. You should also be prepared for additional security like metal detectors, wands, and/or physical pat-downs at some shows. Make it easier on everyone by not bringing too much stuff, and by leaving any of the following items at home…

DON’T try to bring this stuff to the concert. Blankets, towels, recording devices, drugs, weapons, cigarettes, outside food or drinks, umbrellas, Frisbees, or farm animals. And again, check the listing for your specific concert to find out if it’s one of the shows restricting things like strollers or chairs. Know before you go by checking here.

DO bring an empty, refillable water bottle. It can get hot out there, so I always pack my trusty Hydro Flask for any concert. You’ll find several fill stations around the venue, which makes it handy to fill up before the show starts.

DO support the Take Note initiative. A couple seasons ago, the Les Schwab Amphitheater got serious about making themselves a sustainable venue through the Take Note Initiative. They installed more water fountains and encouraged reusable bottles. They ensured all vendors use compostable glasses, plates, and utensils, and they implemented an amazing recycling and waste management program through The Broomsmen.

My favorite component is the reusable Silipint pint glass that you can buy for $20. It comes with one free drink ticket, and after that, every wine, cocktail, beer, or cider purchase is $1 off if you use the cup. They’re good from one season to the next, so make sure to dig last year’s Silipint out of storage or buy the brand new Silipint Base Cup, which offers the same benefits for wine and cocktails.

DON’T think Oregon’s marijuana laws let you toke at a concert. Sorry, guys, but that’s not how it works. You can’t blaze up in public, so don’t even think about smuggling your joint into the venue. For more info on how the law works, go here. 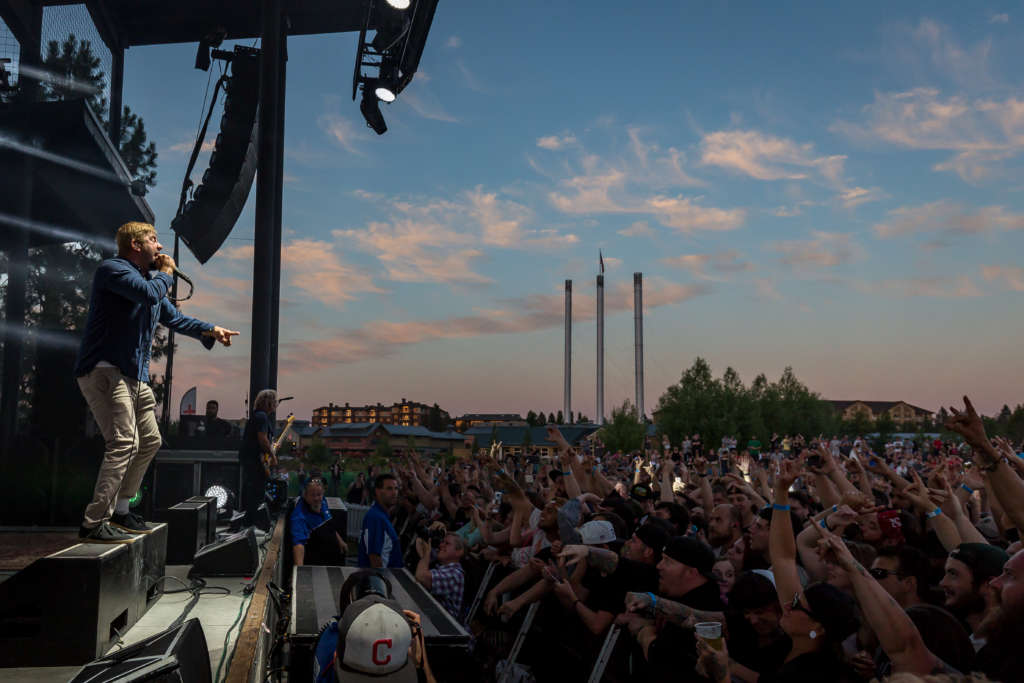 Several concerts have already sold out, so nab your tickets early to make sure you’re part of the crowd.

DO check the weather before you go. Temperatures can drop quickly in the high desert, so even if it’s 80 degrees when you head to the venue at 5:30 p.m., it might be bitterly cold at the end of the encore. Bring a sweater or jacket, and possibly a hat or gloves if it’s a late-spring or early-fall show.

DON’T eat at home before you go. I used to do this in an effort to save a few bucks but realized after years of drooling over other people’s food that it’s better to buy dinner at the venue. There are plenty of delicious options that won’t break the bank, and the venue takes great care to ensure there are always vegan and gluten-free options.

DO bring cash. Many of the food vendors accept credit, but some don’t, and the beverage booths move faster with cash. There’s an ATM in the venue, but you’ll pay a fee to use it. You’re better off snagging a couple $20s from your own bank’s ATM before you head in.

DON’T drink like a moron. If you don’t know what I’m talking about, read this blog post. Most folks at the concert have paid a lot of money to enjoy the music—not to have drunk jerks spilling beer in their laps and shouting at each other over the music (I know, surprising!)

That said, it’s totally cool to enjoy a drink or two at the show. The beverage tent always has a couple mixed drinks available like lemon drops and on-the-rocks margaritas from Bendistillery, plus a few different beer options from 10 Barrel.  You can also purchase wine by the glass or by the bottle, and selections from Naked Winery include a surprisingly diverse array of reds and whites. Keep in mind that bottle sales stop at 8 p.m., so plan accordingly and buy early if you want a bottle of vino to share with friends. 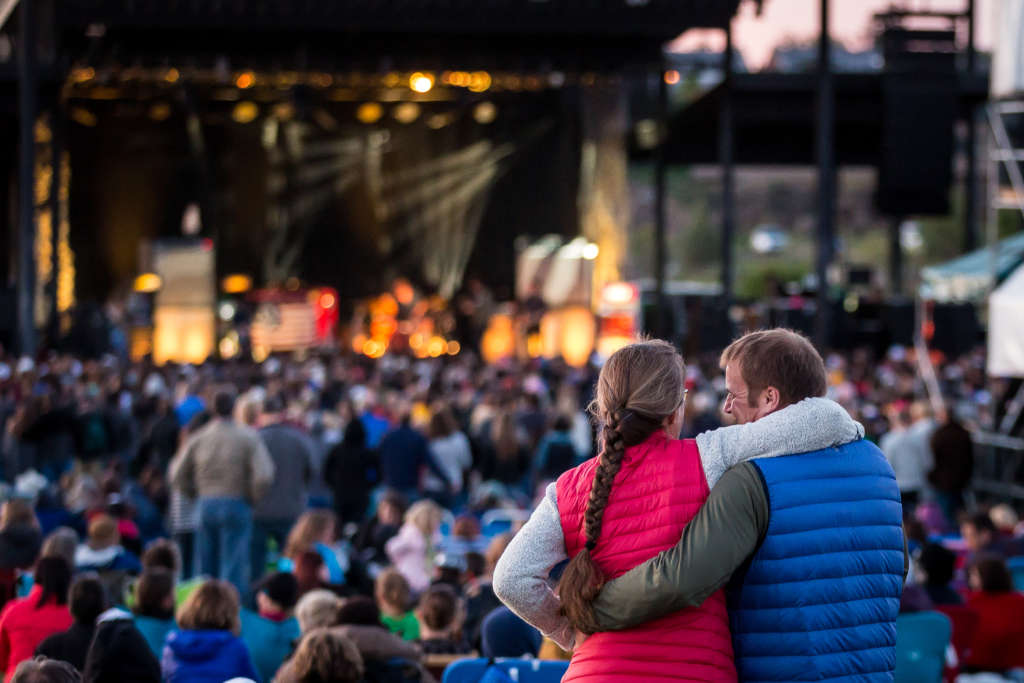 DO take advantage of ride sharing. If you’re drinking at the concert, don’t drive. Period. With Uber and Lyft and local taxi services in abundance, there’s absolutely no reason to risk your life or someone else’s.

Even if you aren’t drinking, it’s a good idea to carpool or use alternative forms of transportation like biking or walking. Skipping the hassle of parking will get you through the gates a lot quicker.

Note after June 29 you can take the FREE Ride Bend Shuttle to the show.