3 Critters That Can Mess With Your Bend Vacation 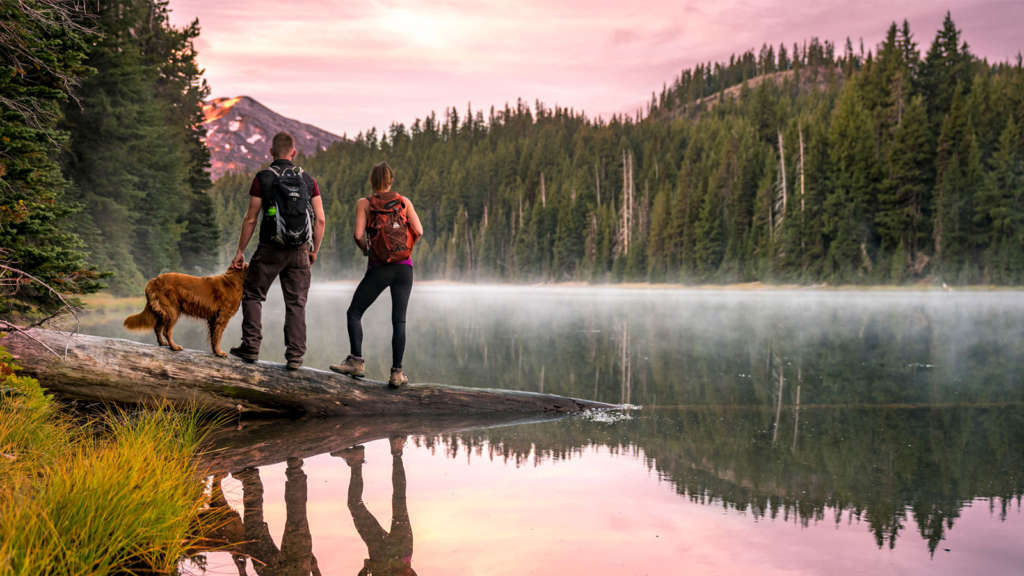 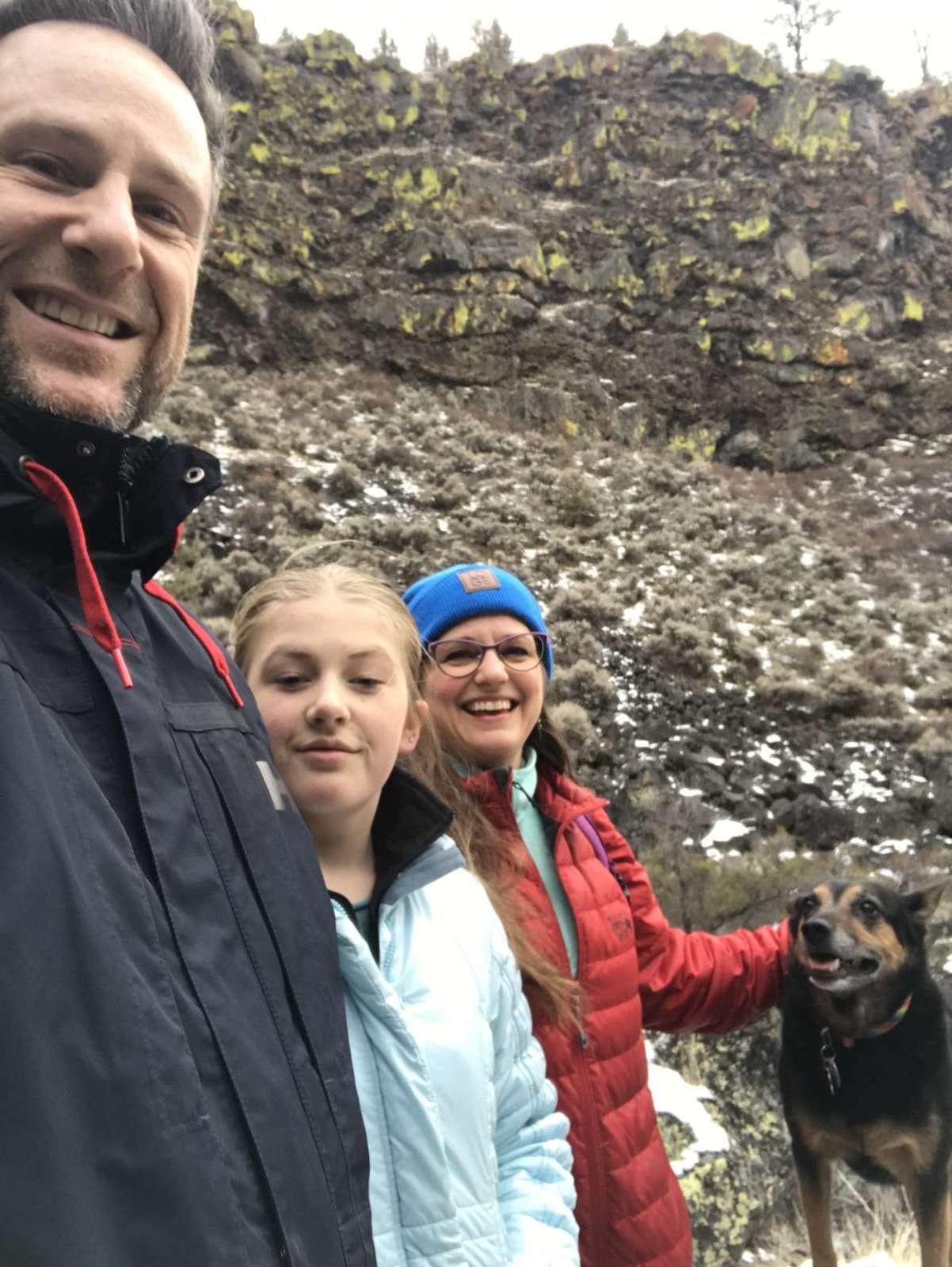 Blogger Tawna and her family hiking the Dry River Canyon trail in January, shortly before the trail closes for the season to protect golden eagle and prairie falcon nesting grounds.

For fans of Oregon wildlife, a visit to Bend is brimming with possibility. Maybe you’ll see river otters while paddling the Deschutes. Perhaps you’ll spot a beaver on a high lakes canoe outing  with Wanderlust Tours. You could even meet a cougar along the Bend Ale Trail (though it’s worth noticing the ones in high heels and lipstick are most dangerous).

While the wildlife is one of the highlights of traveling to Bend, there are some critters whose schedules can throw a twist in your adventures. Here are three worth knowing about.

Central Oregon is home to bountiful birds of prey like falcons, hawks, and eagles. Odds are good you’ll spot some when you’re out hiking or biking, but there are certain times of year to steer clear. 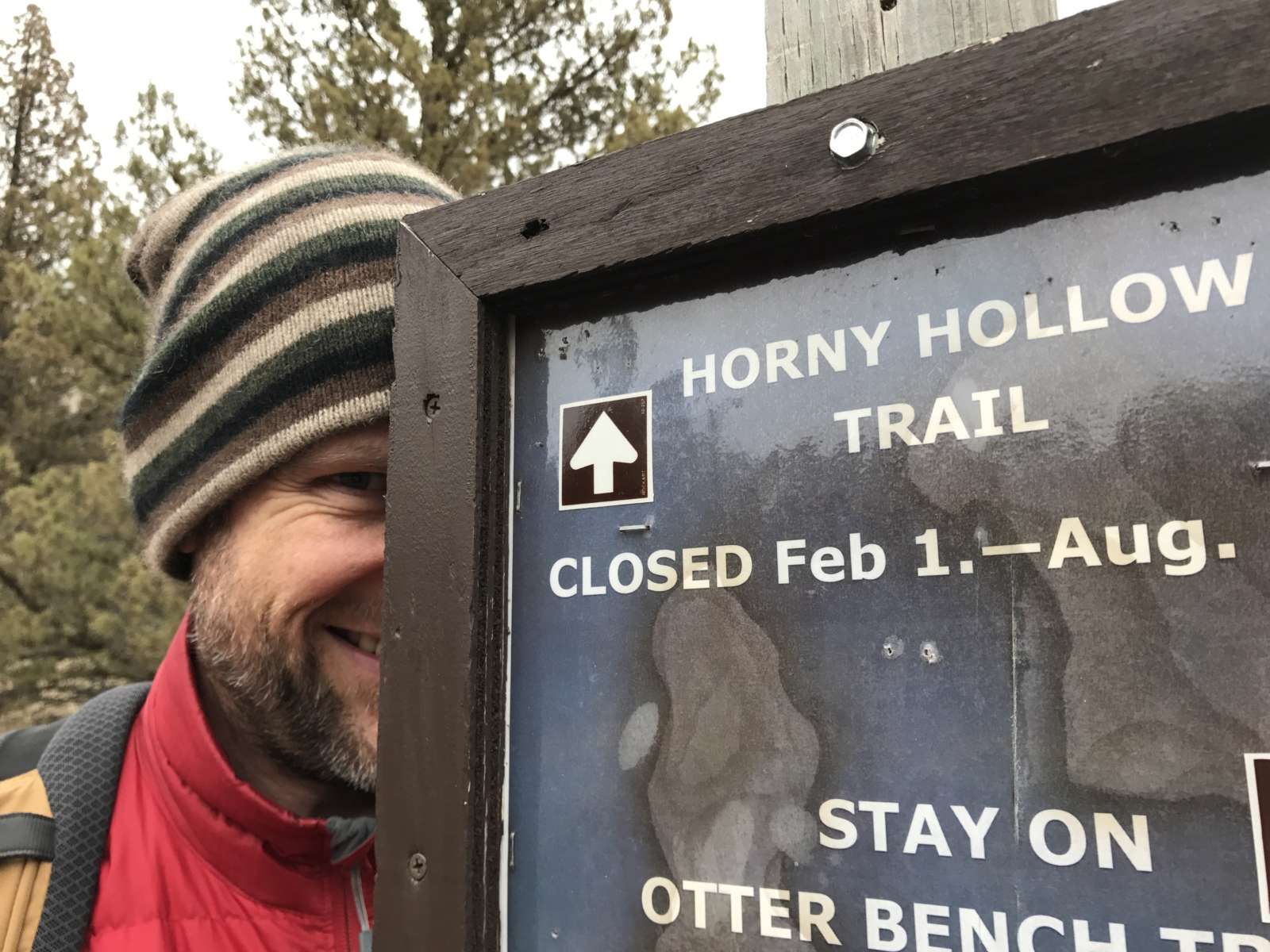 During nesting season, there’s a huge risk that humans straying too close will cause the birds to abandon their nests, leading to cold eggs or starving babies left vulnerable to predators.

That’s why several local recreation areas are closed for hiking, biking, horseback riding, and off-road vehicles during peak nesting season. Some of my personal faves with bird-related closures include:

Flagline Trail is a popular mountain bike spot located between Swampy Lakes and Metolius-Windigo. But bike fanatics aren’t the only ones who love it. 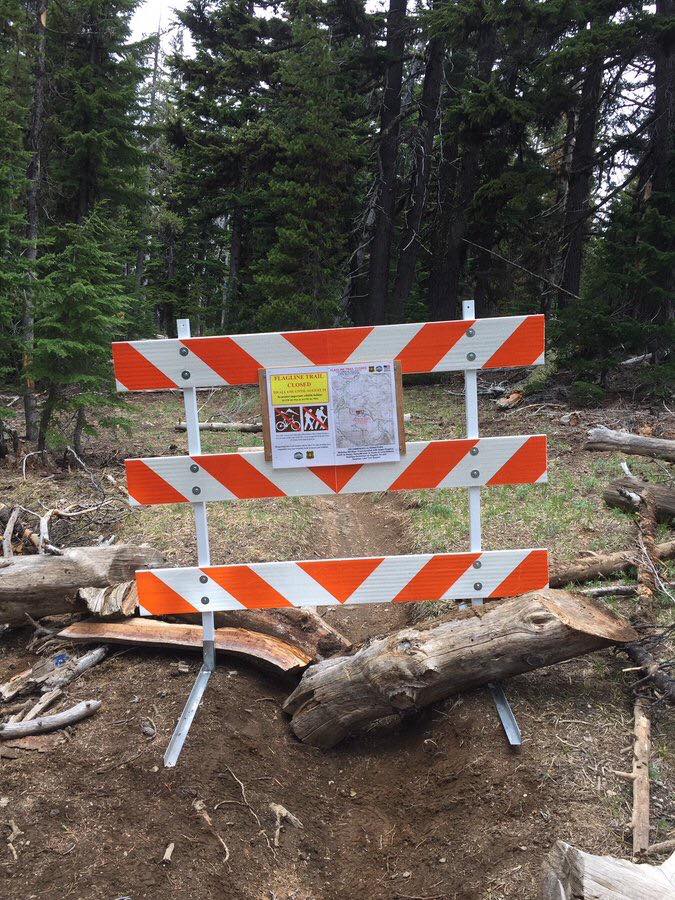 Signs at Flagline Trail will let you know now’s not a good time to bother the elk.

Local elk cows have deemed it one of their favorite maternity wards, which means spring and early summer is prime time for giving them space to birth and raise their young while recuperating from winter conditions, spring migration, and oh yeah, squeezing out a 35-pound baby.

To help protect the elk cows and calves, the Forest Service closes the Middle Flagline Trail (spanning from Flagline Access Trail to Flagline Tie Trail) through August 15 each year. Even if you’re a hiker and not a cyclist, you need to steer clear of the area, particularly if you’re recreating with dogs.

Want some fun alternatives? Try Metolius-Windigo from the junction with Upper Flagline, north to Happy Valley/Mrazek or South to Lava-Edison. You can also check out the Swampy-Dutchman to Flagline Tie trail, or the Swampy Lake Trail System.

Why did the toad cross the road?

If you’ve explored Central Oregon’s forests and waterways in summer, odds are good you’ve crossed paths with the Western Toad. Some Bend visitors are lucky enough to see swarms of them migrating from treed forests to the alpine lakes. 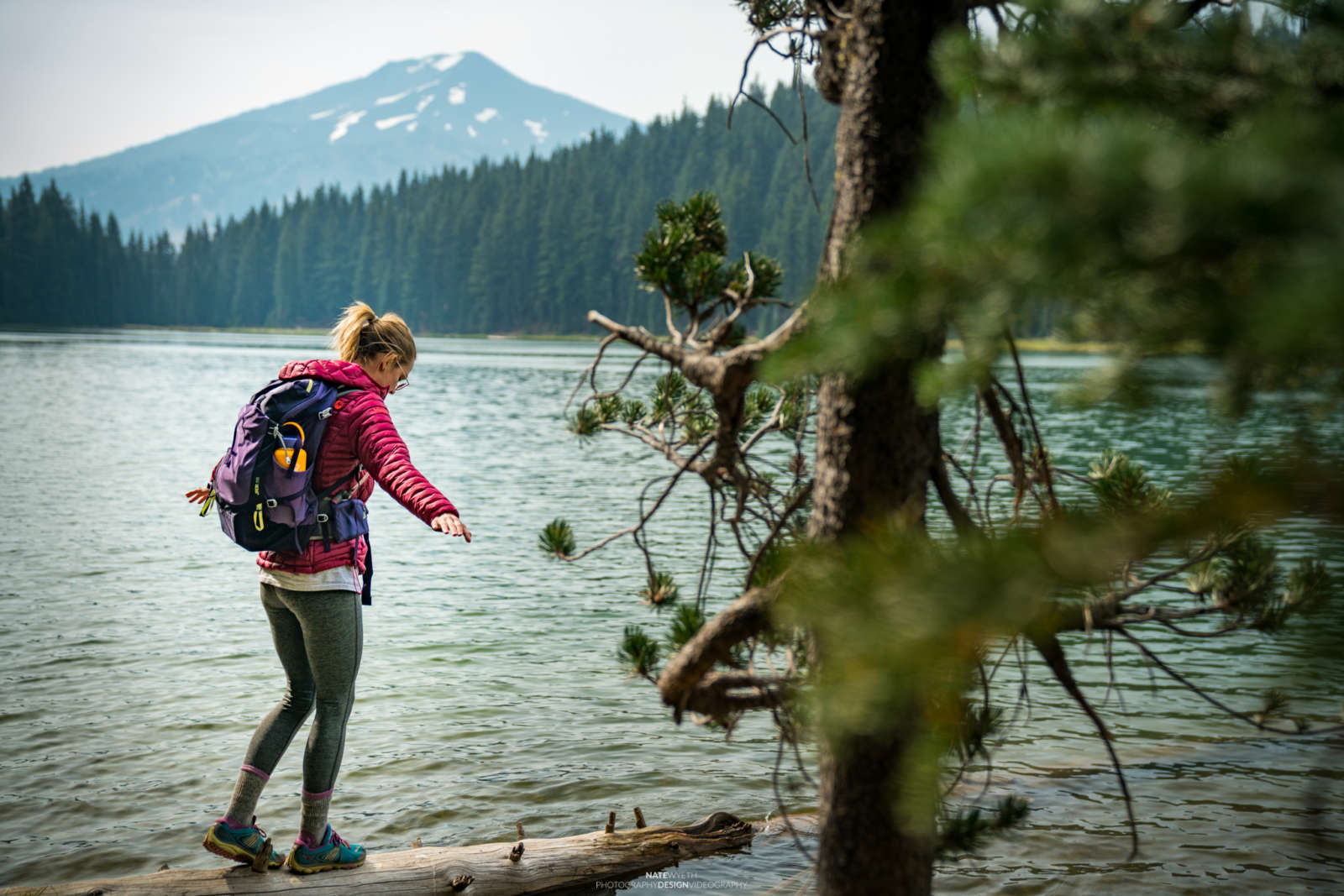 Todd Lake is a gorgeous place to explore, but watch for toads this time of year.

But populations have been declining, and the Oregon Conservation Strategy lists the Western Toad as a sensitive species due to loss of breeding habitat and human traffic in their migration areas. Nothing puts a bigger damper on a toad’s love life than getting squished on the highway en route to his breeding grounds.

Want to help? Consider volunteering for one of the rescue efforts like Toad Patrol through the Sunriver Nature Center. They assist the toads in crossing busy roadways so more of them safely make the migration. Even if you’re not volunteering, be watchful of where you’re driving, hiking, or pedaling between May and August so you don’t squish any amphibious friends.

In May and June, keep an eye out for egg sacks at the water’s edge at places like Todd Lake, and don’t disturb tadpoles as they grow and develop. By late July and early August when the toads prepare to make the journey back to the forest, it’s best to avoid the area altogether. If you do find yourself in the presence of migrating toads, be careful where you step and keep dogs on leash.

And it should go without saying that you never, ever want to take a toad home.

A cougar, on the other hand…