For a sleepy mountain town, Bend has a surprising abundance of festivals, parades, and weekends packed with fun events all year long. 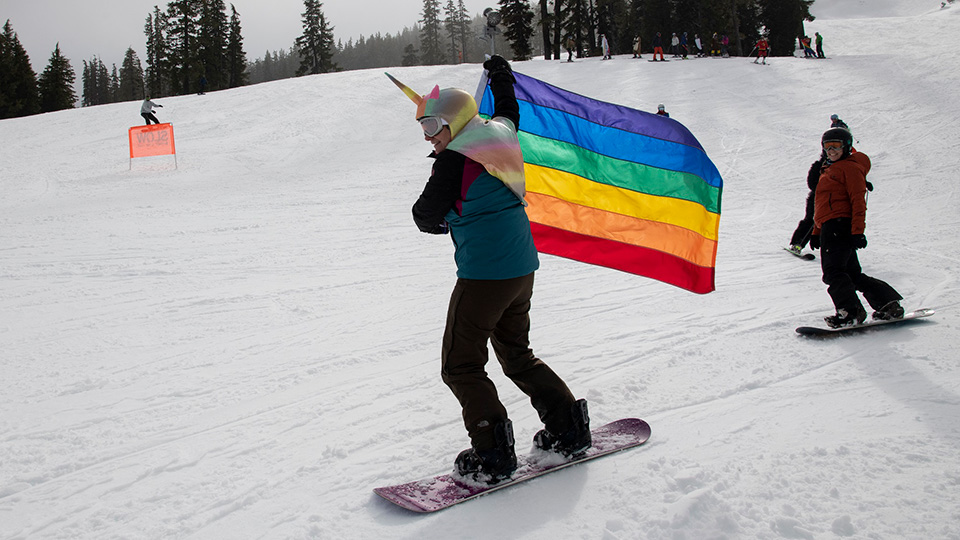 As we bound eagerly into a new year, here’s a roundup of some of my favorite events happening in Bend, Oregon in 2020.

We might already be halfway through the first month of the year, but the best is still to come on the event front. January 30 marks the kickoff of Mt. Bachelor’s annual Winter PrideFest. It’s a four-day LGBTQ+ ski weekend featuring community events ranging from the standard skiing and snowboarding to the popular Drag Tubing. They’ll even have panel discussions on LGBTQ+ people in sports, a downtown apres ski party at Crater Lake Spirits, a dance party at Spoken Moto, and a Sunday brunch. Go here to learn more and make your plans.

Central Oregon also plays host to USA Climbing’s Bouldering Nationals January 31-February 1, which is fun to scope out whether you’re a participant, spectator, or volunteer.

For an itty-bitty month, February is packed with an impressive number of awesome events. 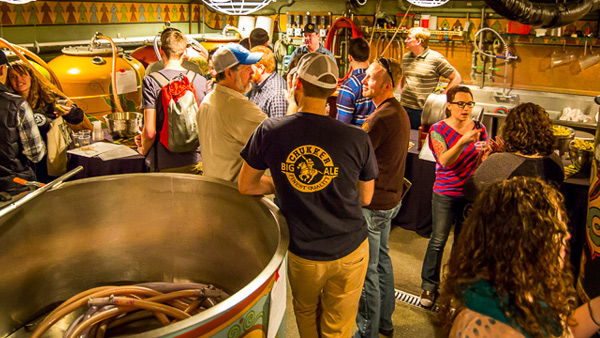 One of my favorite events is Zwickelmania, the statewide celebration of Oregon’s craft breweries. While Portland breweries are celebrating one week earlier, breweries around Central Oregon are marking the occasion on Saturday, February 22 with brewery tours, samples, prizes, and much more.

I’m also giddy about the Bend A Cappella Fest taking place February 20-22. This tends to sell out, so grab tickets early if you want your a capella fix.

Ahhh…spring! The first official day of it is March 19 in 2020, and you can usher it in by scoping out adorable spring blooms or scanning the skies for thunderstorms. 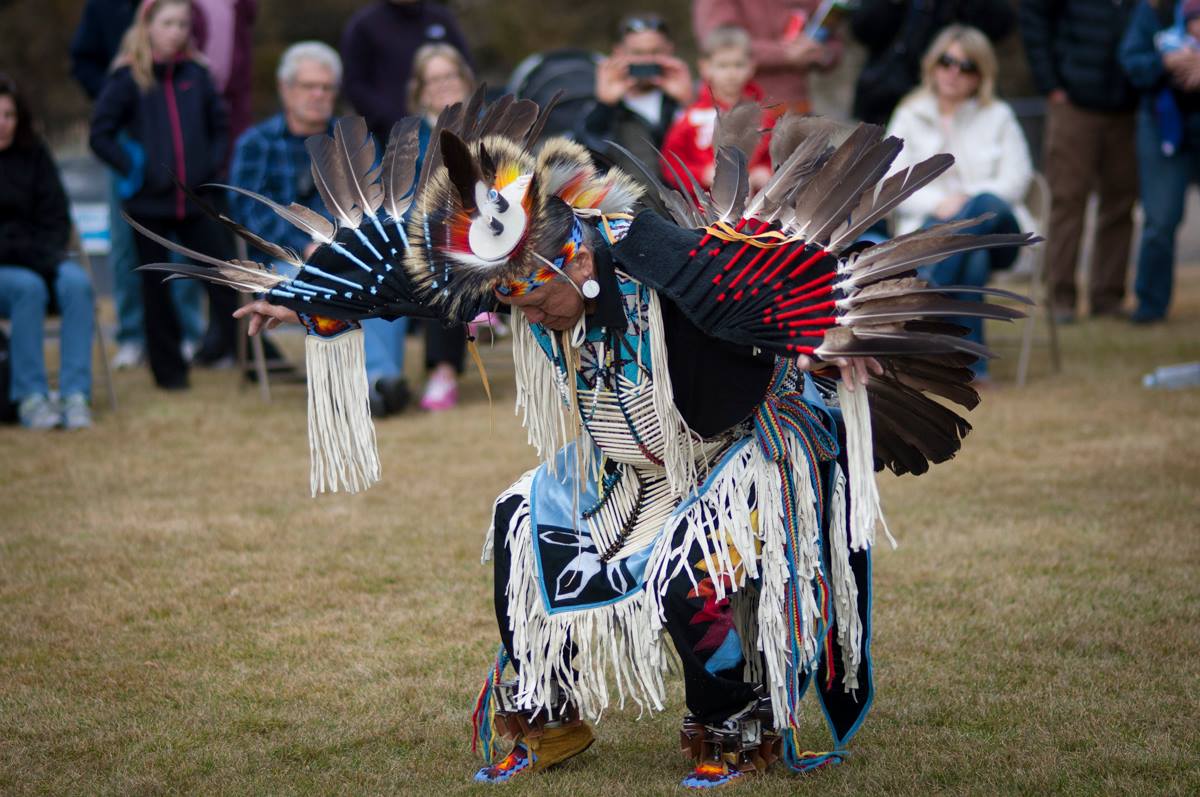 The Quartz Creek Dancers of the Confederated Tribes of Warm Springs perform at Eagle Watch in March.

The annual Eagle Watch out at Round Butte Overlook Park is a favorite day trip for my family, and a cool chance to get a glimpse at these amazing birds and a dose of local Native American culture. That’s taking place March 28, and 2020 will be the 25th event.

Fans of the annual Muse Conference will want to mark your calendar for March 5-8 this year. This event brings together internationally-recognized artists, authors, athletes, entrepreneurs, activists, and social change leaders to kick of International Women’s Month.

Though spring is in full swing by April, there’s still plenty of winter fun to be had at Mt. Bachelor. Few events showcase this quite like Rendez Van, a unique event that celebrates RVers, campers, and van-lifers who make the annual pilgrimage to Mt. Bachelor for a 5-day campout filled with live music, lawn games, and other events.

April’s also a great time to hit the monthly First Friday Art Walk in Downtown Bend. Though this is a monthly occurrence throughout the year, there’s something magical about the April one. The weather’s nicer, the days are longer, and there’s a giddy vibe of excitement for warmer months to come. It’s a great chance to mix, mingle, scope out Bend’s art scene, and grab dinner out on the town (Note: Bend restaurants can get crowded during First Friday, so plan ahead and make reservations!)

And here’s where Bend really starts to roll into warm-weather fun (though make no mistake, there’s still snow at Mt. Bachelor, which typically stays open through Memorial Day Weekend!) 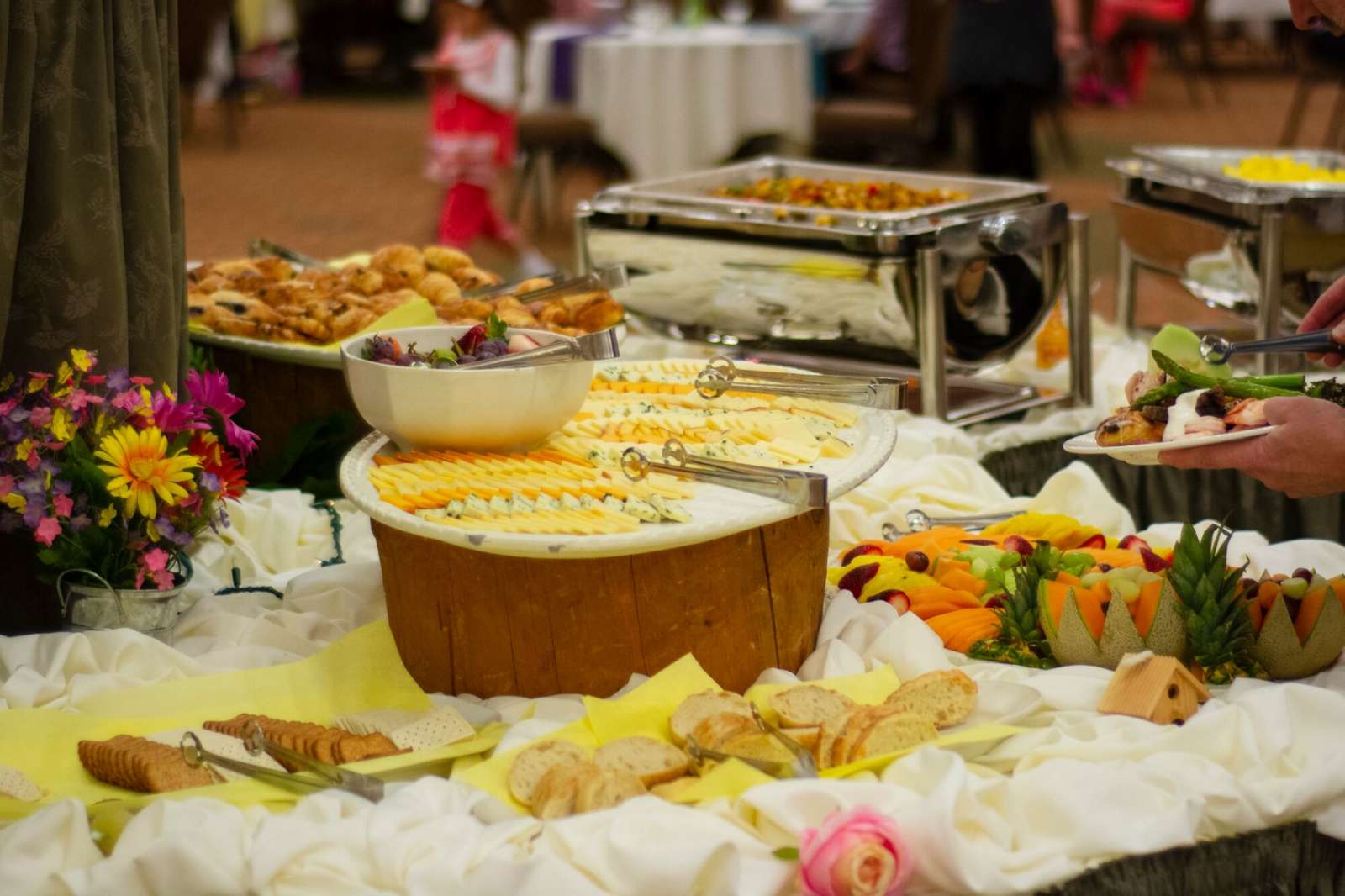 Mother’s Day brunch is a staple at many Bend restaurants.

Mother’s Day is May 10 in 2020, which makes a great excuse to treat mom to a little springtime Bend getaway.

The pinnacle of May is the multi-sport Pole Pedal Paddle event that ushers in the season whether you’re participating or just watching competitors running around in crazy costumes. It’s happening May 16 this year, and you’ll want to book early if you plan to be in town.

Also, keep an eye on the Bend Concert Calendar. Though there’s nothing slated for May as of this writing, some of the season’s earliest shows at Les Schwab Amphitheater sometimes pop up toward the end of the month.

The dads get their turn to shine with Father’s Day 2020 happening June 21. Maybe a good time to treat Pop to a fishing trip or a fun Bend hike? 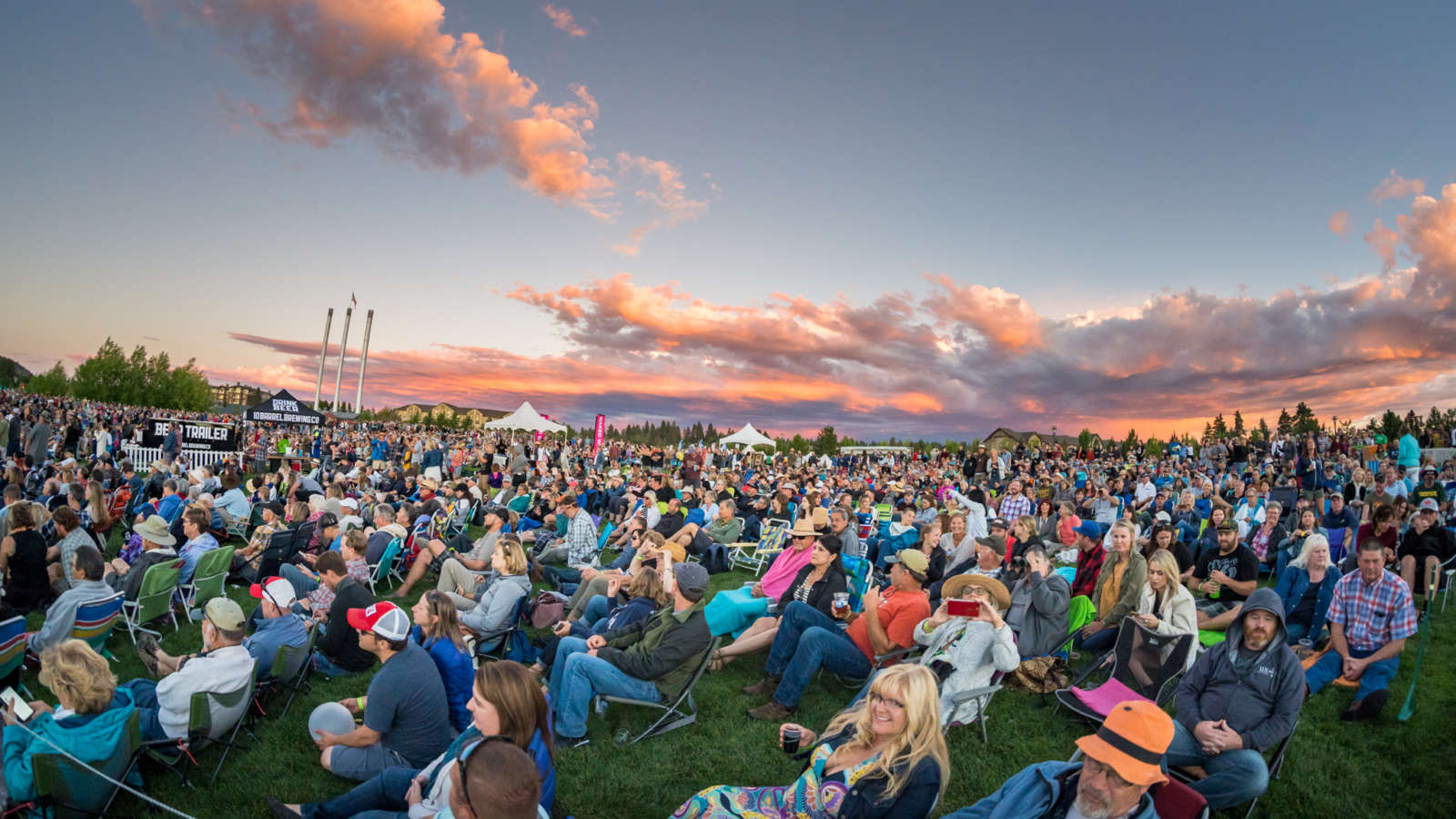 Concert season heats up in June at the Les Schwab Amphitheater.

Concert season at the Les Schwab Amphitheater launches into full swing in June, so watch closely for upcoming shows and ticket sale dates.

June is where we start seeing other outdoorsy events like the Bite of Bend, which is slated for June 12-14 this year. Even if you can’t make that, book yourself an outdoor table at one of the Bend restaurants with outdoor seating and bask in the sunshiny assurance that summer has arrived!

Oh, and don’t forget National Hug Your Cat Day on June 4. What? It’s a thing. Here are 8 reason your cat wants you to vacation in Bend.

This is the busiest month to be in Bend, and if you’re not a fan of crowds or having to book ahead for lodging, you may want to check back in September. 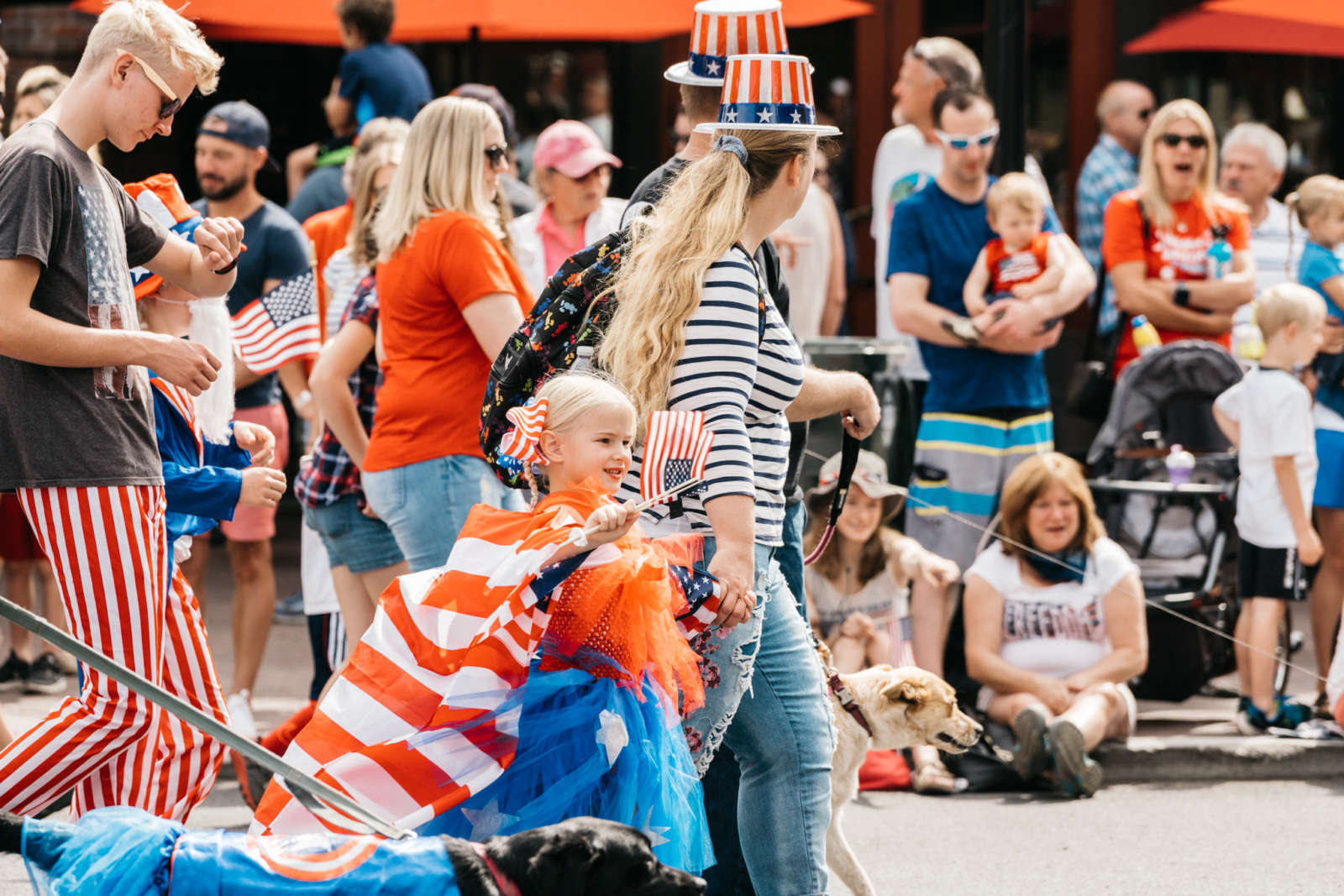 The Pet Parade is a highlight of Independence Day festivities.

Outdoor concerts abound with Munch and Music and the regular lineup at the Les Schwab Amphitheater. There’s also the annual Balloons Over Bend event, which is terrific fun for families the weekend of July 24-26.

This is also a primo month for whitewater rafting, floating the river, kayaking, canoeing, SUPing, and more. Go here for ideas on all manner of summer fun.

It’s my birthday month. Is there any greater reason to celebrate?

Okay, here are a few more. 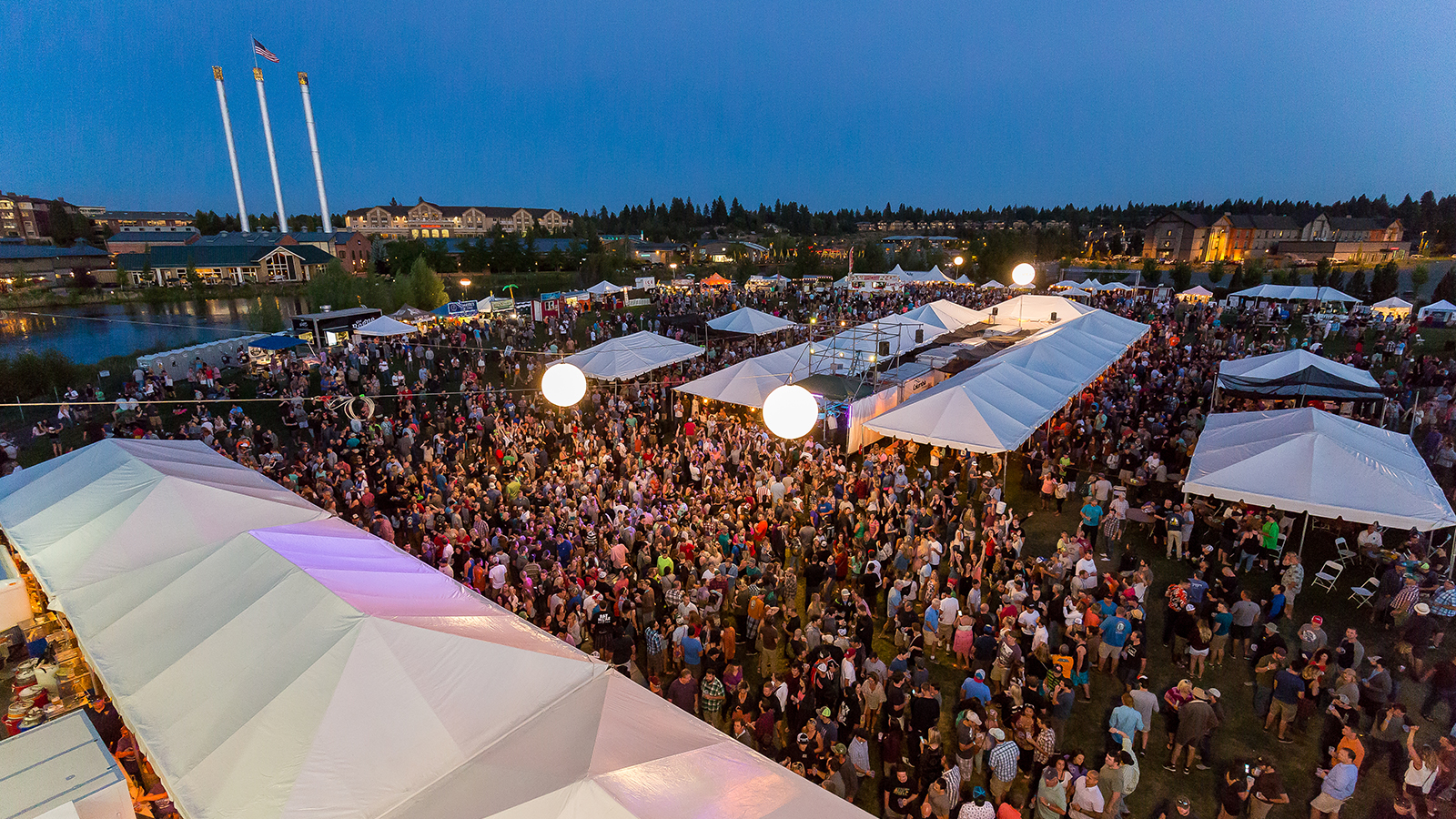 Bend Brewfest is a three-day extravaganza celebrating craft beer, and it’s happening August 13-15, 2020. You’ll typically see around 80 breweries each pouring a couple beers, plus some cideries and wineries. Saturday is by far the busiest day, so opt for an afternoon stop on Thursday or Friday if you like things a little more mellow.

August is a great time to book the super-unique experience of riding a Mt. Bachelor chairlift to your sunset dinner spot at 7,800-feet above sea level.

At the risk of offending the other 11 months of the year, I’ll confess that September is my favorite. 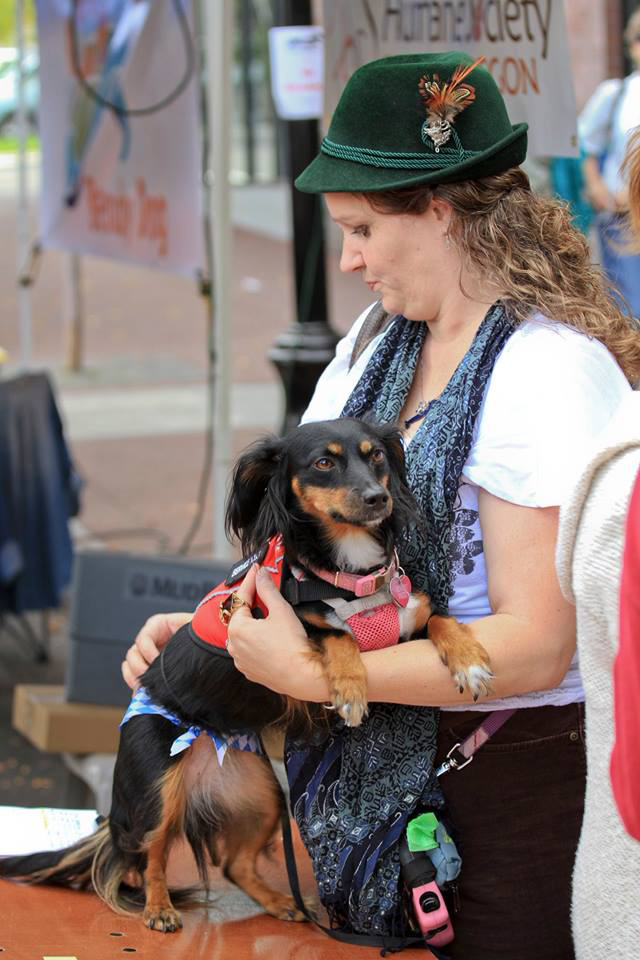 You’ll get another dose of suds a couple weeks later with Oktoberfest in Downtown Bend September 18-19 (and if you’re getting ready to ask why Oktoberfest happens in September, go here).

This is also a terrific month to cross off some of that hiking you put off during the summer months when it was too hot or crowded.

If you’re into celebrating the start of seasons, the first day of fall in 2020 is September 22. 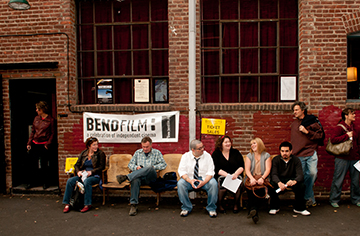 October is a great month scoping out the dramatic fall colors in spots like Drake Park and Shevlin Park. You can enjoy all of those things if you show up for one of the Tenth Month events, including the BendFilm Festival, Bend Venture Conference, or the Swivel Digital Conference. 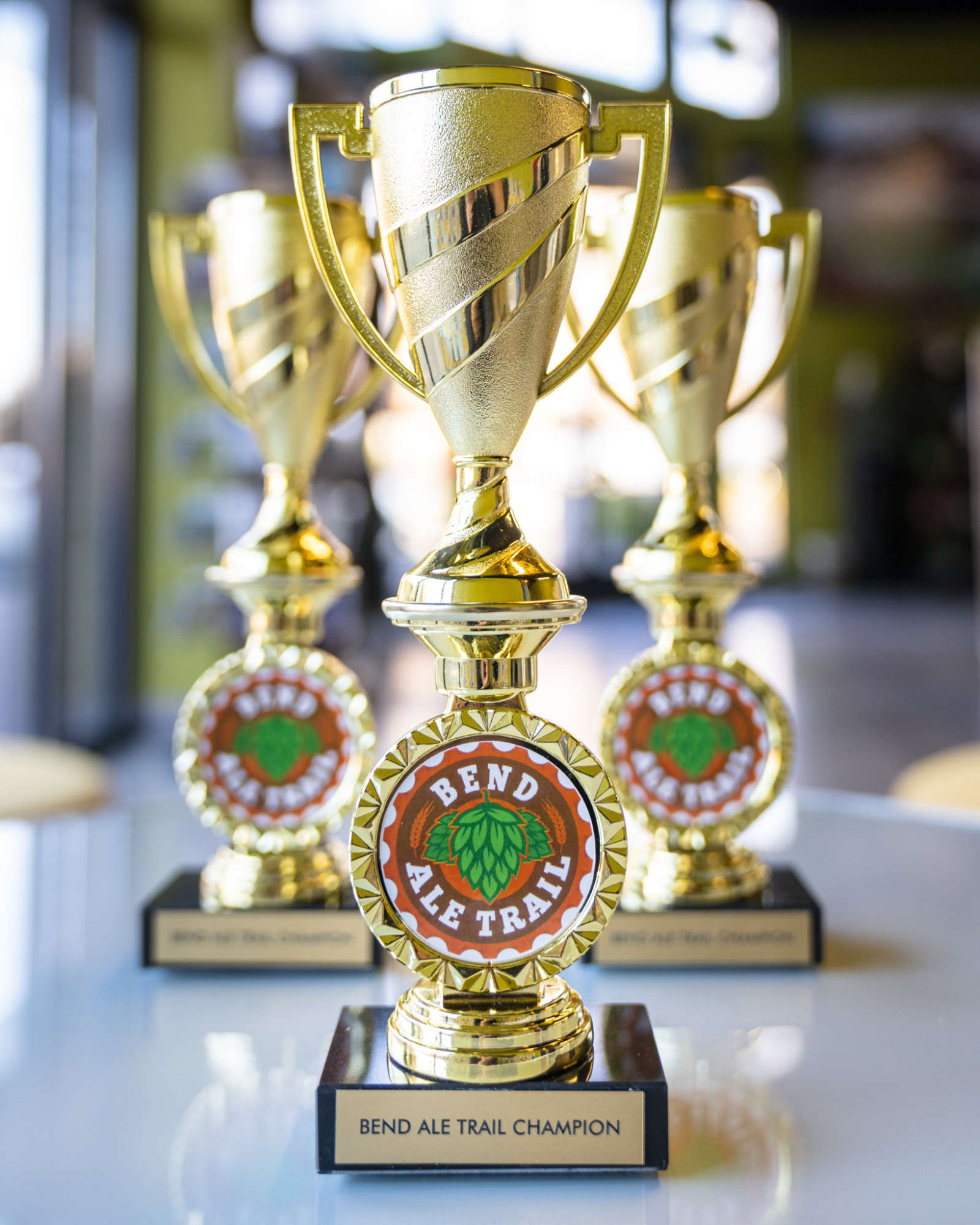 That’s changed in recent years as Bend Ale Trail Month has brought a whole lot of beer aficionados to town on a quest for the trophy that’s awarded to those who turn in a completed Bend Ale Trail passport in November. Since we’re celebrating the 10th year of the Bend Ale Trail this year, the 2020 celebration will be a doozy (rumor has it there’s a parade!)

December is filled with anticipation for folks waiting to see if we’ll be graced with a good old fashioned white Christmas (odds are usually good!)

Hang with Santa in the Old Mill District in December.

There’s also the annual Christmas Tree Lighting in Downtown Bend, along with the Christmas Parade (save the date for Dec. 5 on the parade, and while they haven’t officially announced the tree lighting date, that’s almost always the Friday before).

Also, stay tuned for Visit Bend’s annual roundup of experiences that make for awesome holiday gift giving. Go here to scope out the 2019 ideas if you’re looking to do some early shopping.