Back when the Bend Ale Trail kicked off in 2010 with six breweries, I could–and did–knock out the whole thing in a day. Man, have things changed! With dozens of breweries, distilleries, cideries, and wineries rounding 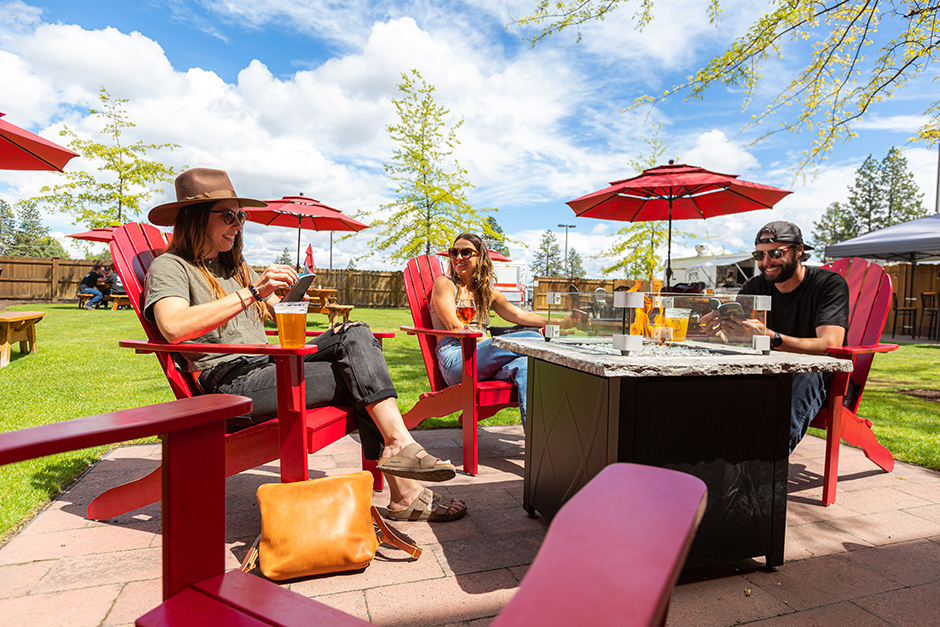 The all-new Bend Ale trail is launching just in time for summer.

out our craft beverage scene, it’s time for the Bend Ale Trail to grow up.

In June 2021, the all new Bend Ale Trail launched with new prizes, unique territories, tons of non-beer options, and an amazing web-based app. Keep reading to find out what awesome exbeeriences await you on America’s favorite trail of suds.

The biggest switch is that the new Bend Ale Trail is divided into seven geographic territories, with each zone boasting its own vibe, beverage stops, artwork, and accompanying activities called Perfect Pairings. Participants who visit all breweries within a territory get the prize for that territory–a nifty custom glass representing that zone. Complete all seven territories and you get a handmade taster tray to display your collection. 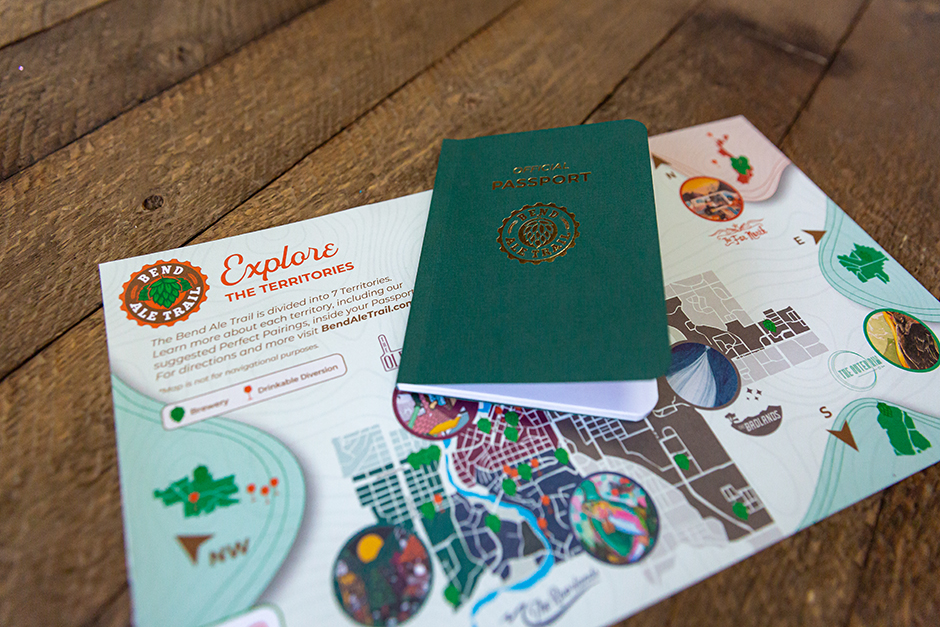 You know you want this new Bend Ale Trail passport!

Another big switch is the passport. Fans of tangible, paper passports will find the new one to be a high-end, souvenir piece that looks like an actual passport with maps, location descriptions, beautiful artwork, and more. You can purchase one for $5 at the Bend Visitor Center, or go paperless with the free app found at bendaletrail.app.

So it’s not just beer?

Nope, though you’ll still find plenty of suds along the Bend Ale Trail.

But as Bend’s craft beverage scene has grown, we recognize some folks like sampling wine, cider, kombucha, and distilled spirits either as a beer break or their beverage of choice. We’re calling these Drinkable Diversions, and there are a few sprinkled into each territory. 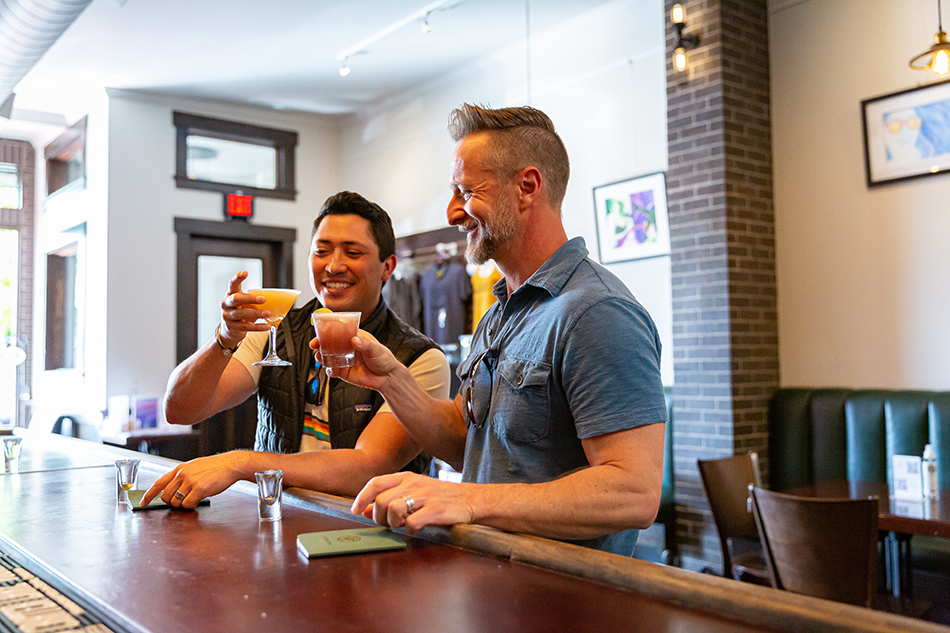 Cheers to having so many new non-beer offerings on the Bend Ale Trail!

Visit seven of them and get a Drinkable Diversions glass in addition to the ones you’re earning for hitting all the breweries in each territory.

Tell me more about territories

Let’s go with an example. Say you start by tackling the breweries of The Old Block. That territory includes Deschutes Brewery, McMenamins Old St. Francis, Silver Moon, Bend Brewing Co, Spider City’s downtown tasting room, and Worthy Brewing’s downtown pub (previously known as Worthy Taps & Tacos, now known as Worthy Beers & Burgers). To get your Bend Ale Trail prize for that territory, you’ll need to hit all those beer stops and either get their stamps in your paper passport or check in via the app.

If you’re working on Drinkable Diversions stamps and craving something beyond beer, you’d also hit the downtown tasting room for Crater Lake Spirits and the new Domaine Serene Wine Lounge opening in the fall of 2021. Those are the two Drinkable Diversions within that territory, and you’ll find others dotted around different zones. 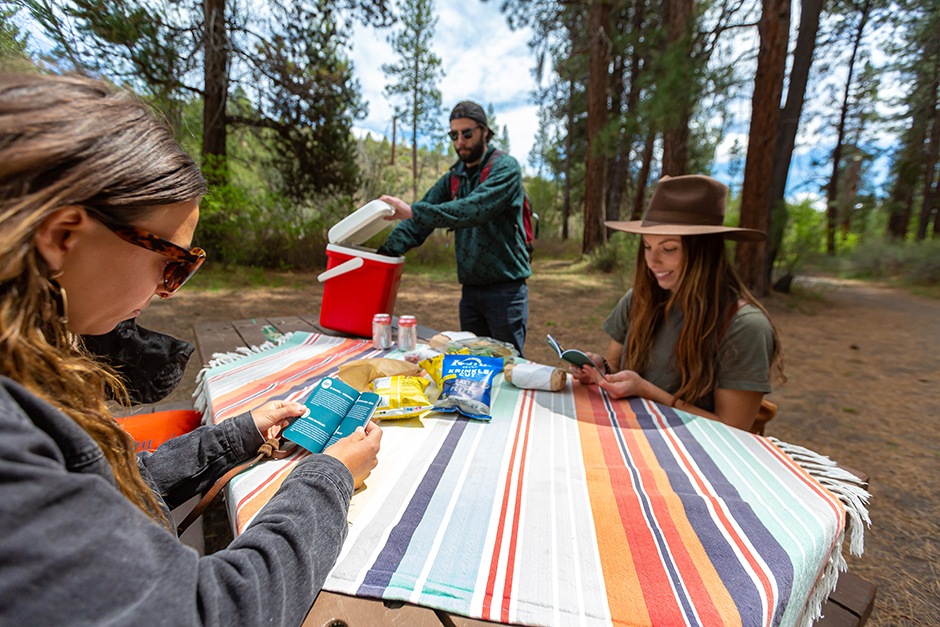 From picnics to hikes, your new Bend Ale Trail experience can be rounded out with Perfect Pairings.

Since it’s not just about drinking with the new Bend Ale Trail, you’ll also find suggestions for Perfect Pairings within each territory. For The Old Block–which you’ve probably gathered by now encompasses most of Downtown–you can do an art walk in Tin Pan Alley, stroll through Drake Park, or peruse hip local boutiques in Downtown Bend. You won’t need to track passport stamps for these adventures, but it’s a fun way to learn about the unique landmarks, attractions, and activities within each territory. If you’re using the app, you can check these adventures off as you go.

What are the seven territories?

You’ll find details about each unique territory on this page of the Bend Ale Trail website, but here’s a quick glance at how it’s broken down: 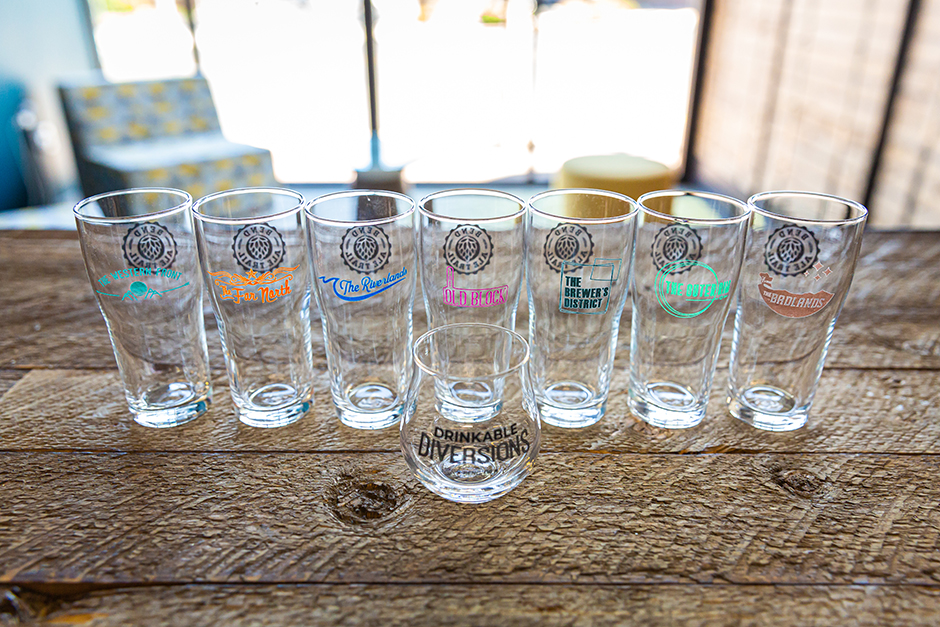 Why all the change?

For starters, Bend’s beer scene has exploded in the 11 years since we launched the Bend Ale Trail, making it tough for folks to knock out the whole thing in a single visit. Distilling it into territories gives beer fans a chance to pick one region and really get to know it––not just the beer, but the scenic landmarks, the other craft beverage options, and the overall vibe of each zone.

It’s also a great way to make sure some of our smaller, lesser-known breweries get love. You might normally skip road-tripping to Prineville or Redmond or even to Bend’s outlying zones like the northeast part of town. But having brewery stops grouped by geographic territory makes it likely folks will go the extra mile to earn stamps for the stops in that territory.

What about sober drivers?

Designated drivers, you’re still our favorite peeps. While swilling suds has never been a requirement to get stamps in your Bend Ale Trail passport, we’ve got an extra prize for folks who agree not to drink a drop of alcohol. Here’s how it works: 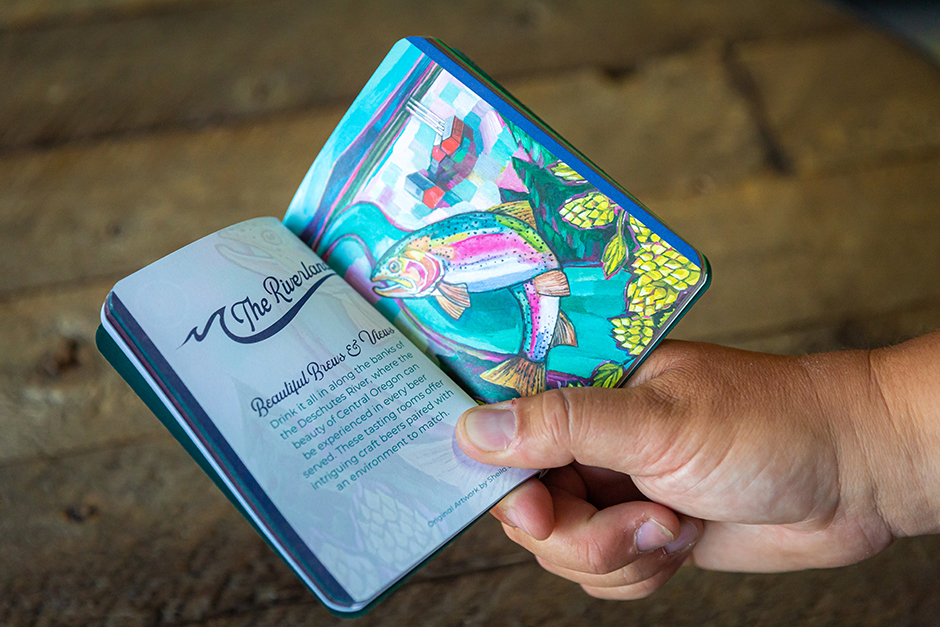 Even if you’re not a beer fan, you’ll appreciate the custom artwork tied to the new program.

To learn more about the DD program, check this link.

And if you don’t have a DD of your own, don’t worry. You’ll find plenty of safe and knowledgeable tour operators standing by to make your BAT experience that much better. They’ll set you up in style in a cushy bus, snazzy towncar, or even a CyclePub. If you’d prefer to travel on foot, study the map to identify territories that are most easily walkable.