Bend became a beer town before some of us could legally buy a bottle. But with three cideries hopping on the all-new Bend Ale Trail, it’s time to take a taste of beer’s apple-cheeked cousin. 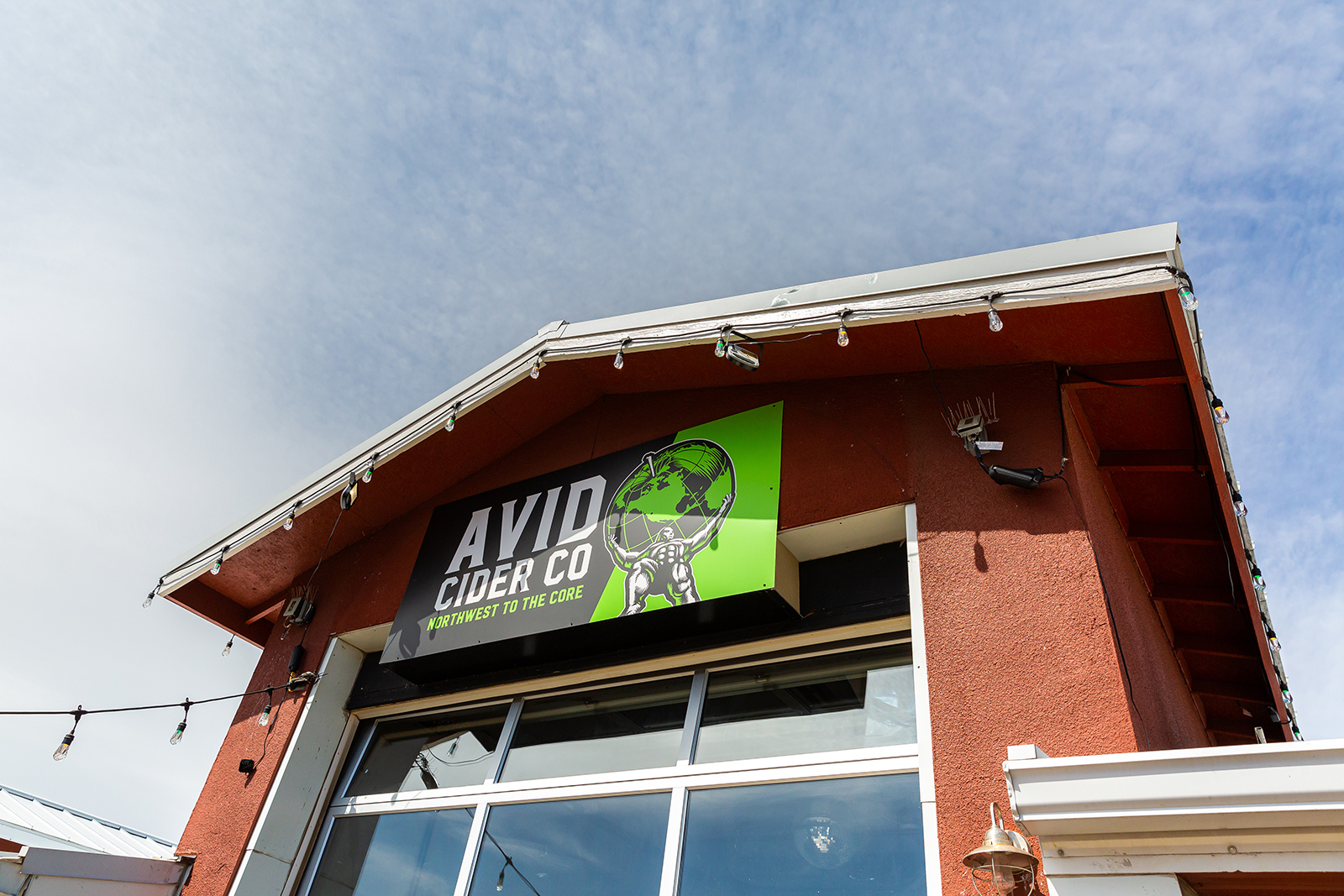 Avid Cider launched in 2013 and ushered in an era of cider awesomeness in Bend.

The Central Oregon cider scene is booming, and summer’s the perfect time to sip something sparkly and bright. Here are six reasons to add a hard cider stop on your next Bend beverage outing.

You’ve surely seen stats showing alcohol consumption boomed through the pandemic. No judgment if you caught yourself cracking an extra IPA with dinner.

Cider saw an extra-big boost, with Chicago-based Information Resources Inc. noting hard cider sales in the U.S. increased by 11% in the 52 weeks ending in December 2020. Was it an urge to reap the health benefits of oodles of antioxidants and vitamin C in sippable form? A desire to kill quarantine time with a fresh new trend? 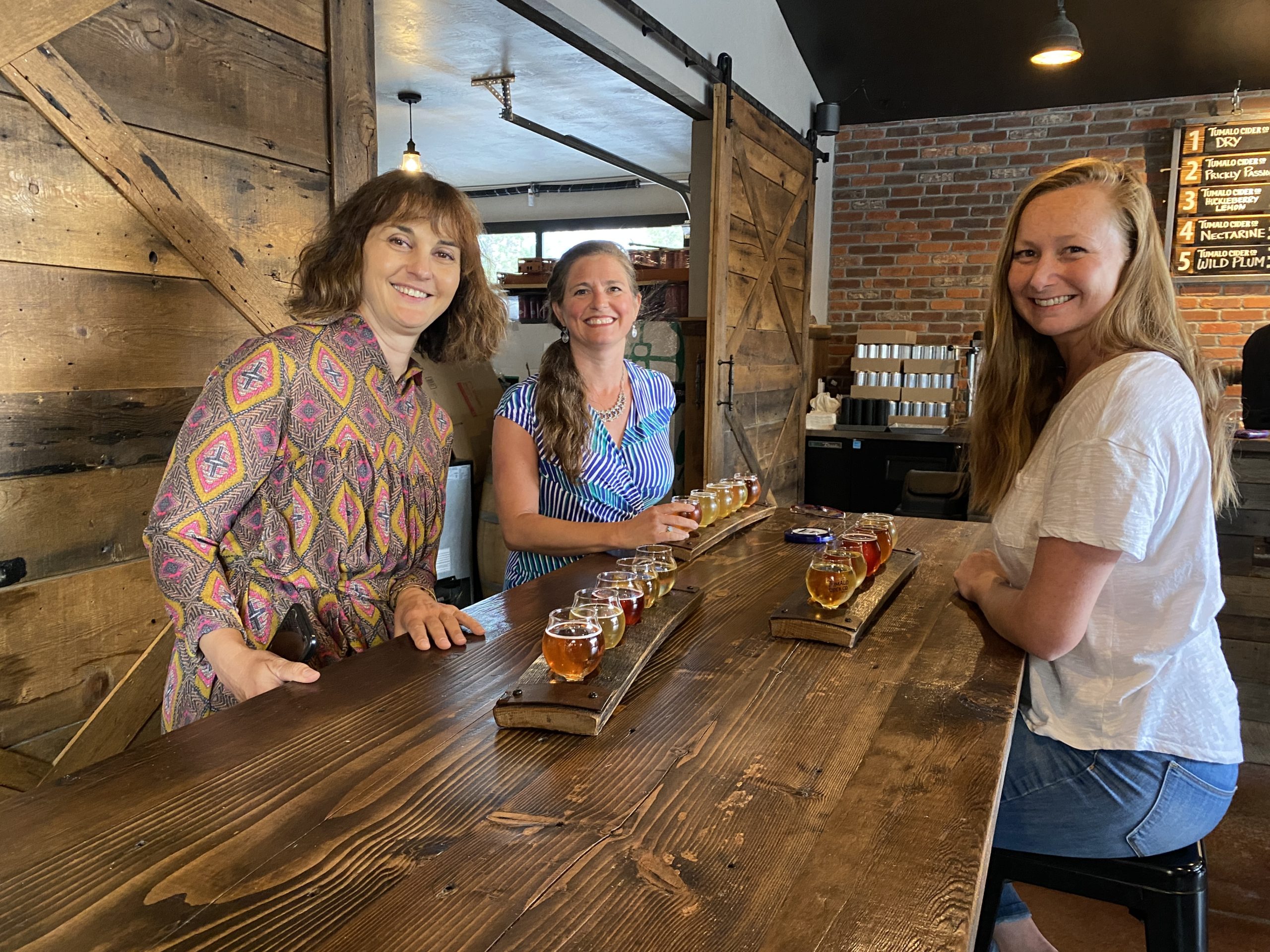 Whatever it is, cider in Bend is nothing new. It blossomed in 2013 with the launch of Atlas Cider, which soon became Avid Cider. That was back when U.S. cider sales saw a whopping 75.4% increase between November 2013 and November 2014, making Avid a trendsetter with their bustling taproom and unique logo on bottles, cans, and tap handles across the region.

Since then, Tumalo Cider Company and Bend Cider Company have joined the fray with their own taprooms and plenty of fermented goodness to go around. All three local cideries produce fruity ciders ranging from dry to semi-sweet, so there’s something in the mix for you no matter which one you try.

But really, why stop at one? Embrace the trend and try something from all three!

Confession: I used to think of cider as this sweet, syrupy beverage favored by elderly ladies. Then a book club pal shoved a glass in my hand and said “try this.” It was a bright, crisp, dry blend from Tumalo Cider and it blew me away by happy dancing its way from my tongue to my tummy. I was hooked. 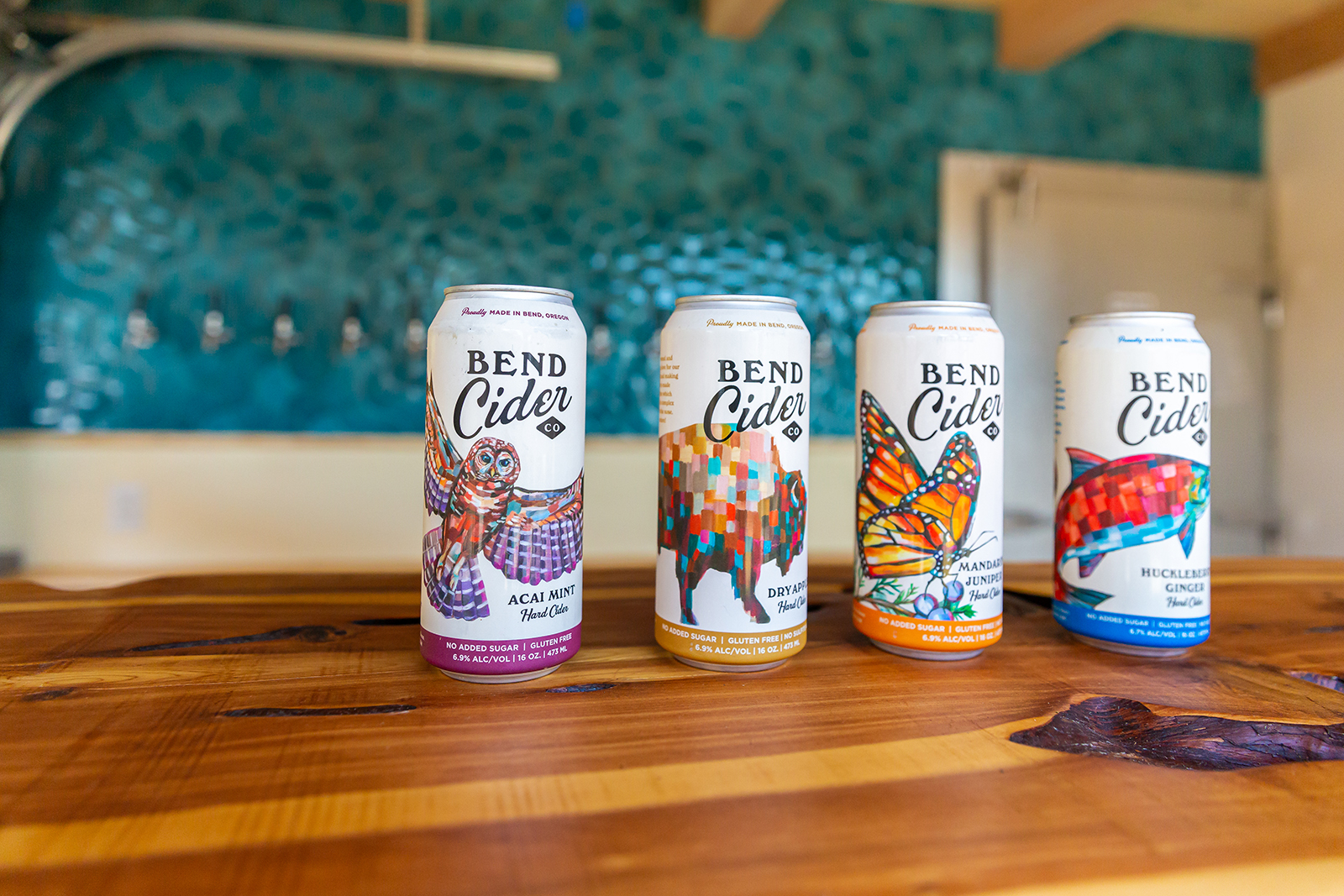 Since then, I’ve realized what a wide range there is, especially in Bend’s cider scene.

Sure, you’ll find things on the sweeter end of the spectrum if that’s your jam. Tasting room staff can point you to the brew that best suits your palate whether you like it sweet or bone-dry.

You’ll find tons of fresh summer flavors to make your taste buds perk up and don swim trunks. My current faves include the watermelon rhubarb from Avid Cider (which you can easily find in cans if you’re not near a taproom), the peach ginger from Tumalo Cider (which I particularly enjoy as part of a cider flight in their lovely little taproom), and the acai mint from Bend Cider (available in cans covered with super-cool artwork by Bend artist Sheila Dunn, who also did the art for the new Riverlands territory on the Bend Ale Trail), .

While I’m no health expert, I’ve found a noticeable difference in how I feel after an evening gulping cider instead of beer, wine, or cocktails. I sleep better and I’m less sluggish the next morning. I’m especially fond of the pasteurization process favored by Bend Cider, which allows them to forego chemicals like sulfites and velcorin. No matter which Bend cider I’ve sipped, I’ve noticed a taste and an experience I can only describe as “clean.” 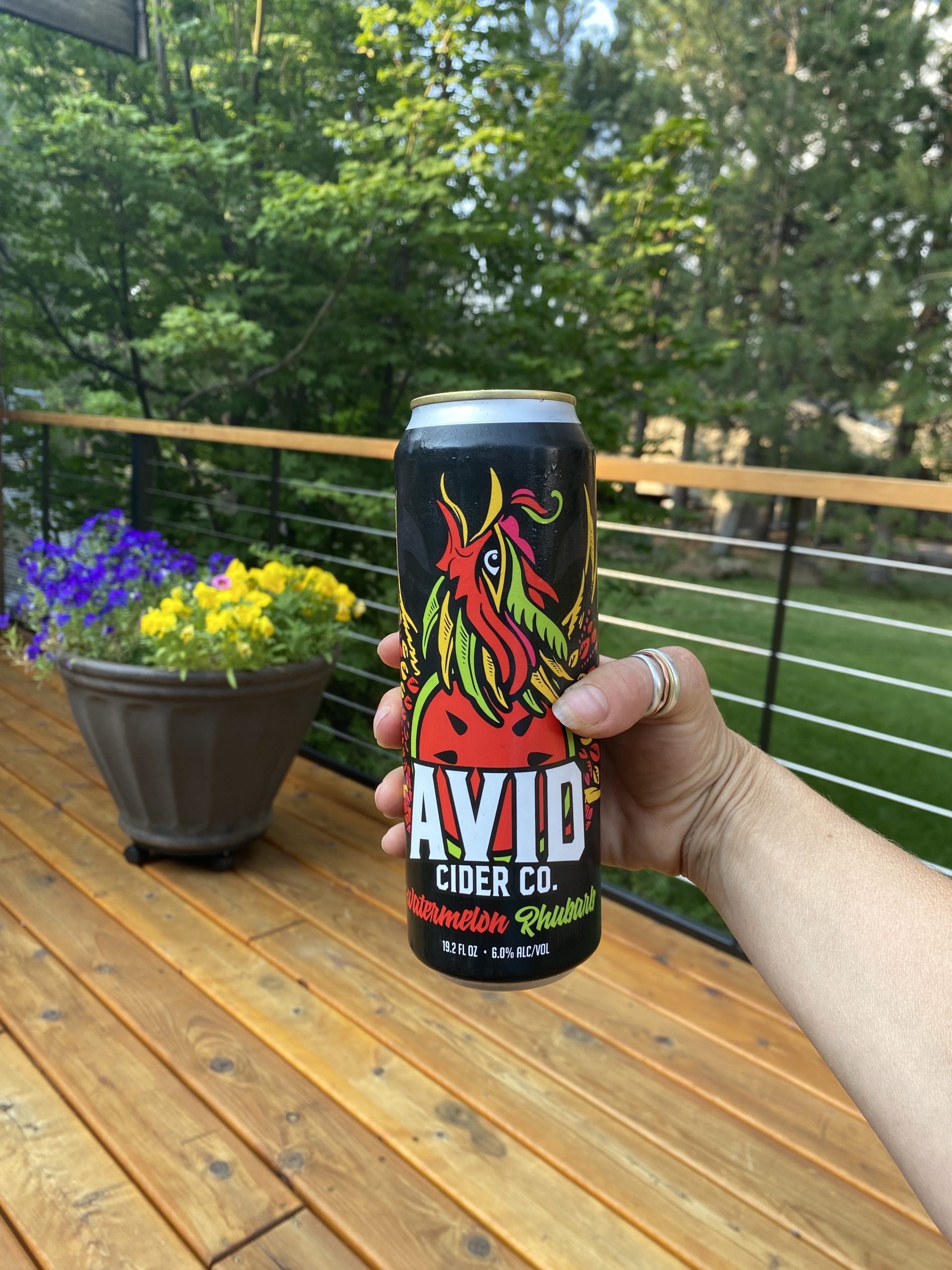 Is it all in my head, or a perk anyone can experience? Best to test it out for yourself!

While I don’t seek out gluten-free options, I’ve seen palpable relief on the faces of gluten-free pals when I suggest happy hour someplace with a robust cider taplist.

Food cart lots like Midtown Yacht Club and River’s Place have embraced cider’s popularity and always have at least a couple on tap.

If there’s a gluten-free friend in your pack, they’ll be happy to know Bend’s cideries offer a shot at savoring our fermented beverage scene without searching high and low for the rare gluten-free beer.

As I mentioned earlier, the all-new Bend Ale Trail includes all three cideries as part of the Drinkable Diversions program.

You may recall from this post that the Bend Ale Trail is divided into seven territories with unique prizes, plus a Drinkable Diversions section with a prize of its own. Hitting all three cider stops will get you closer to the threshold of the seven stamps required for a custom Drinkable Diversions taster glass.

Pair that with your regular Bend Ale Trail territory stamps and you’re well on your way to earning a nifty wood taster tray to hold the prize glasses you collect by earning passport stamps.

Variety is the spice of life

Raise your hand if you find yourself on a kick where you’re only swilling IPA or drink nothing but red wine with dinner. 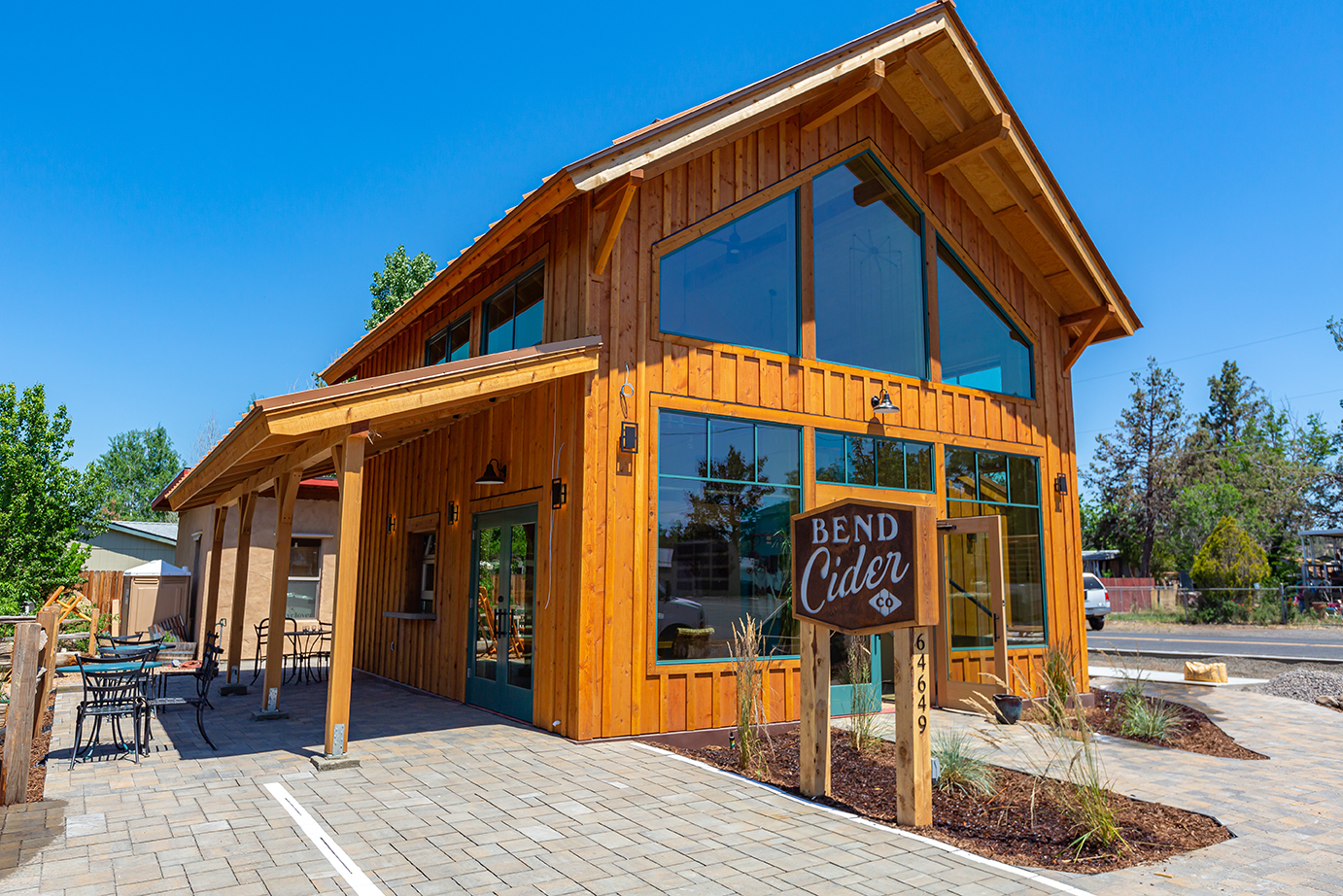 I’m guilty of it myself, which Is why I’ve made an effort to wriggle out of my beverage rut.

It’s how I’ve discovered some of my favorite drinks across the spectrum, from quirky beet-infused martini at Dogwood Cocktail Cabin to the summery Rippin’ pale ale from Sunriver Brewing.

Even if you’re sure you’re not a cider fan, scour the menus and grocery store coolers for something that piques your interest. Worst case scenario, you try something new that won’t be part of your regular routine.

But if you’re lucky, you just might find your favorite new fermented brew. Bottoms up!