Kick Off Party for Bigfoot and Brews Tour

Bigfoot and Brews Tour is back; bigger and better than ever! Join us for the kick off party at Deschutes Brewery in Downtown Bend, Saturday September 28th from 6:00 p.m. – 10:00 p.m. Famous cryptozoologist Ken Gerhard and film makers Pacific NorthWeird will speak. Deschutes Brewery with be unveiling a beer created just for this event! Suggested donations of $5 will be taken at the door. Other speakers will be attending for a meet and greet!

The main speaking event will be Sunday September 29th. Come join us at McMenamins Old St. Francis School in downtown Bend on Sunday September 29th beginning at 9:00 a.m. The event will last the entire day and features world renowned speakers, researchers, and television celebrities all sharing their knowledge of the legendary beast known as Bigfoot. This year’s speakers include television stars Cliff Barackman of Finding Bigfoot, and Ken Gerhard of In Search of Monsters in addition to the hosts of Monster X Radio, Gunnar Monson and Shane Corson. Shane, a member of the Olympic Project, will also be speaking. Mark Myrsell, who rediscovered the site of the infamous Ape Canyon attack, Tom Broadhead of The Bigfoot Field Research Organization, and recently added, Shelly Covington-Montana, a certified wildlife tracker and well known researcher, will all be featured speakers. The film makers of Pacific NorthWeird will be on hand and Monster X Radio will be hosting a town hall. In addition to the amazing list of speakers, McMenamins brewmasters will be featuring a special beer brewed exclusively for the event in addition to the food and beverage menu. 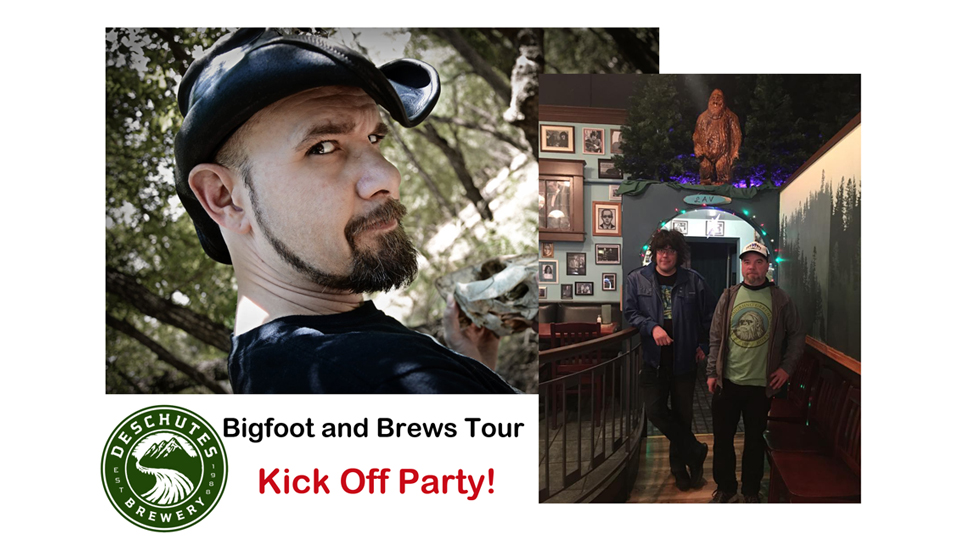