Martha Redbone is one of today’s most vital voices in American Roots music. A multi award-winning musician, the charismatic songstress is celebrated for her tasty gumbo of roots music embodying the folk and mountain blues sounds of her childhood in the Appalachian hills of Kentucky mixed with the eclectic grit of her teenage years in pre-gentrified Brooklyn. With the power of her gospel singing African-American father’s voice and the determined spirit of her Cherokee/Shawnee/Choctaw mother, Redbone broadens all boundaries of Americana. Her latest CD, The Garden of Love- Songs of William Blake, produced by Nitty Gritty Dirt Band founder/Grammy Winner John McEuen is an unexpected twist – “a brilliant collision of cultures” (New Yorker) features Martha’s magnificent voice, Blake’s immortal words and a masterful cornucopia of roots music (folk, country, Piedmont blues, gospel, bluegrass, soul and traditional Southeastern Native American).

During “Bone Hill” the charismatic, gutsy songstress weaves an epic story of four generations of Cherokee women and their connection to home in Harlan County, Kentucky. This original dramatic musical work explores Redbone’s childhood, her maternal ancestors’ lives and legacy, and the ruptures that threaten to erase them. The concert reflects the racial dynamics between Native, African and White Americans – their Appalachian culture and music – with humor, pathos and exuberance.

“Bone Hill isn’t tripped up by uncomfortable truths and unresolved conflicts: It grooves through them. And it asks, with a coy wink and stern stare: ‘What is native to American music?’” —Wall Street Journal

Education outreach funded in part by the New England Foundation for the Arts’ National Theater Project, a grant from the Western Arts Alliance Advancing Indigenous Performance Touring Fund, with lead funding from The Andrew W. Mellon Foundation. This performance is also made possible through support from WESTAF, The NEA, and Oregon Arts Commission. 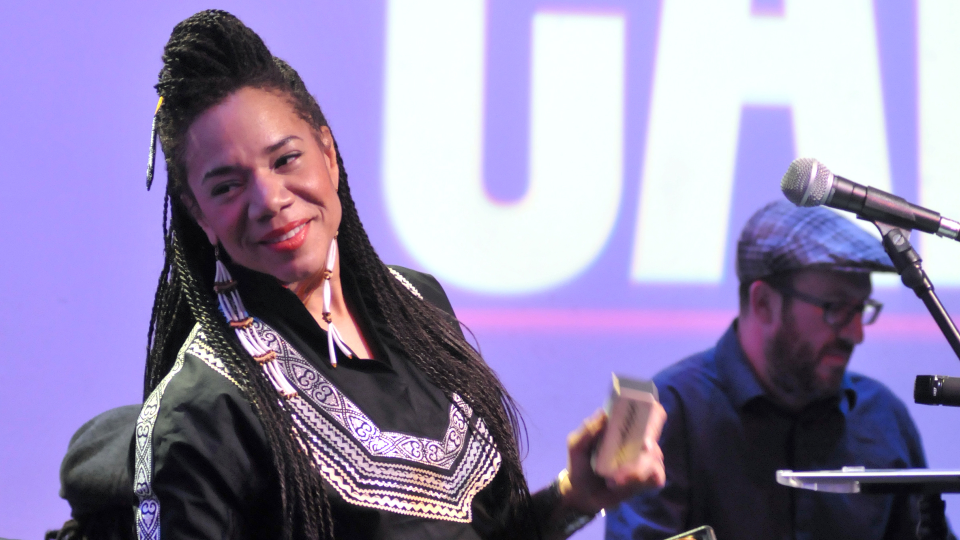