Michael Franti and Spearhead Tuesday, June 19 Doors open at 6 p.m., show starts at 7 p.m. General Admission $46.50. Service fees not included. No one embraces Bend, the Les Schwab Amphitheater and the general goodwill of human kind like Michael Franti. For years Franti and his band Spearhead have traveled the globe, inspiring millions with their feel-good reggae funk. He’s also begun filming a documentary, ͞Stay Human,͟ that tells the stories of folks across the world who helped him dig deeper into his own humanity. The band’s upcoming album, Stay Human 2, which will be out this June, became the soundtrack to that journey. The songs on the new record address some of the biggest problems and battles of the heart humanity faces today, Franti says, set to a beat that’ll have you up and moving. ͞Throughout the years I’ve always hoped that (music) could inspire small steps towards making the world a better place,” Franti added. ͞The Stay Human Tour is where this journey continues with our Soulrocker fam! This year’s show will mark the sixth consecutive summer Franti has brought his tour of joy to Bend, drawing more fans with each appearance. ͞We love you and can’t wait to see you this summer on the road. Franti said after the announcement of this year’s tour. “Come spread the love with us and show the world what it means to Stay Human.” 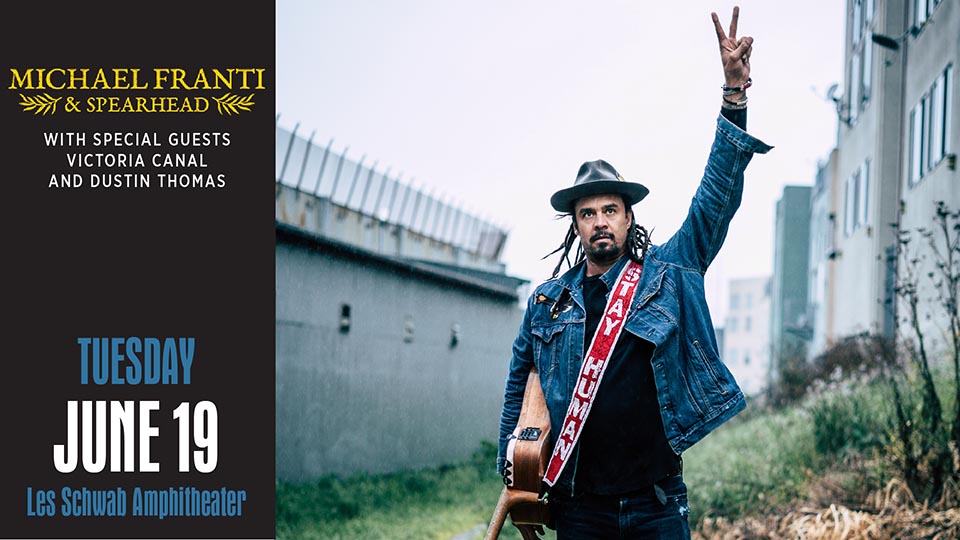