Primus with Wolf Mother and Battles

Primus will pay homage to prog-rock legends Rush this summer with A Tribute to Kings, a cross-country tour that will feature the Bay Area trio playing Rush’s classic 1977 album, “A Farewell to Kings,” in its entirety, in addition to their own music.

“A little over one year ago, Ler Lalonde and I started kicking the idea around of Primus performing a series of shows featuring an iconic Rush album from our youth,” Primus bandleader Les Claypool said. “Being that ‘A Farewell to Kings’ was the first Rush record I ever heard, and that it contains my all-time favorite Rush tune, ‘Cygnus X1,”’ the choice narrowed quickly.”

“The ‘Tribute to Kings’ tour will be just as it is implied,” Claypool added, “A respectful and loving tribute to three spectacular musicians, songwriters, legends and friends.”

Wolfmother and Battles will open the show. 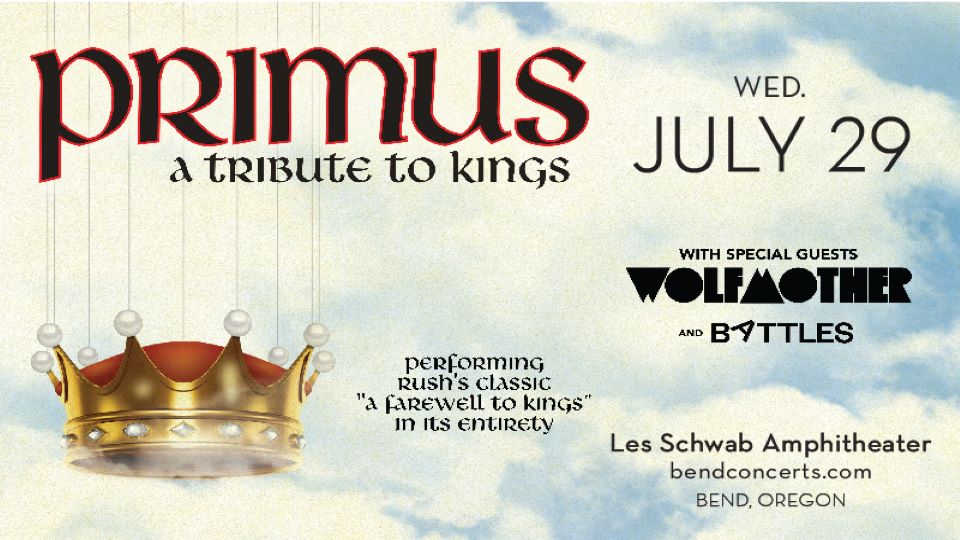