“Pink Martini is a rollicking around-the-world musical adventure,” Lauderdale says. “If the United Nations had a house band in 1962, hopefully we’d be that band.”

On the heels of their highly engaging 2019 album “Hotel Amour,” Pink Martini heads to Bend for an end of summer extravaganza. Their latest album features guest appearances by Rufus Wainwright, The von Trapps, Barry Humphries (of Dame Edna fame), and the inimitable late French pianist and composer, Michel Legrand.

Drawing inspiration from music from all over the world – crossing genres of classical, jazz and old-fashioned pop – Lauderdale founded the “little orchestra” Pink Martini in 1994 to provide more beautiful and inclusive musical soundtracks for political fundraisers for causes such as civil rights, affordable housing, cleaning up the Willamette River, funding for libraries, public broadcasting, education, and parks. 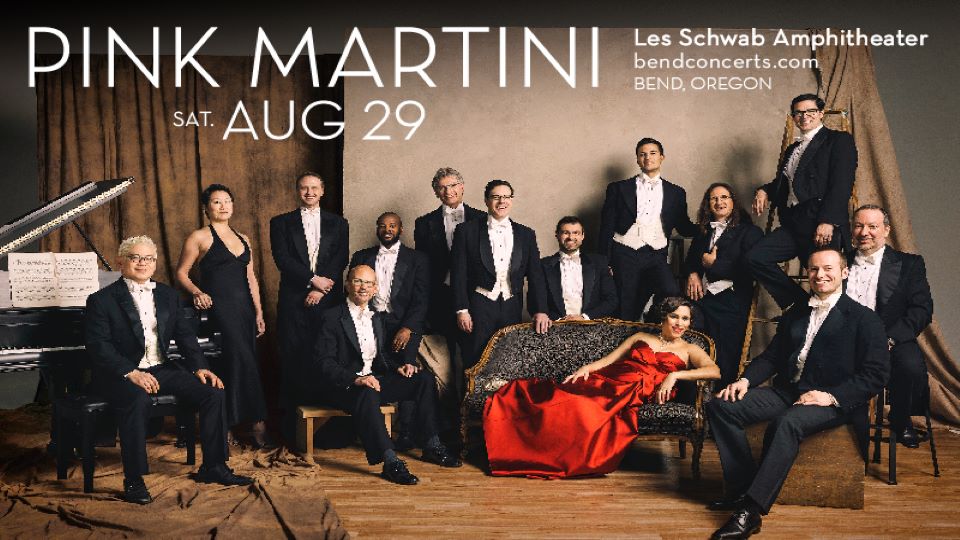