Steeped in history and vintage industrial charm, Box Factory is Bend’s up and coming destination in the Mill Quarter neighborhood, and home to more than 32 local businesses. Formerly known as the Old Mill Marketplace, the building was acquired by Killian Pacific in July 2013 and has since been restored … read more

Steeped in history and vintage industrial charm, Box Factory is Bend’s up and coming destination in the Mill Quarter neighborhood, and home to more than 32 local businesses.

Formerly known as the Old Mill Marketplace, the building was acquired by Killian Pacific in July 2013 and has since been restored using historic preservation standards and techniques. One of Bend’s two original box factories built during the early 20th century logging boom and part of the Brooks-Scanlon mill complex, the newly restored Box Factory is now the only box factory building remaining in Bend and celebrates its 100th year standing in June 2016.

6 Ways to Spring Break with Friends

Bend is known as the outdoor playground of the West, with a large variety of outdoor recreation options such as hiking, biking, skiing, rock climbing, fly fishing and more. Spring is no exception, where you can ski in the morning and head into town for a fun day of hiking, shopping, or trekking along the Bend Ale Trail in the afternoon. While you get your friends together for a long spring break getaway to Bend, there’s no shortage of options to keep yourselves busy and having a good time. From hitting the slopes at Mt. Bachelor, to touring the Crater Lake Spirits Distillery, to hopping along the shops at the up-and-coming Box Factory, your spring break will be one for the books. Here are 6 of our favorite ways to make the best of your friend vacation in Bend.

Book the ultimate Photo Tour experience throughout Bend and Central...

PLEASE NOTE: Because of safety concerns around the spread of...

Cascade Village Shopping Center boasts an ideal location on the...

The Old Back Nine at Mountain High is the only...

Old Back Nine at Mountain High

Bend has a lot of special places. It also has... 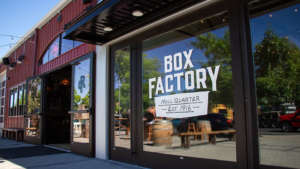