The only credit union headquartered in Central Oregon, Mid Oregon Credit Union traces its roots back to 1957 as the first credit union established in Central Oregon by a group of teachers and school employees in Prineville. Today, Mid Oregon serves Deschutes, Jefferson, Crook, Wheeler, Lake and North Klamath Counties and they have branch locations in Bend, Redmond, Prineville, Madras, La Pine and Sisters. The main difference between credit unions and banks is ownership. Banks are owned by shareholders. The shareholders elect a paid board of directors that works to maximize shareholder return. In contrast, a credit union is a not-for-profit financial cooperative owned by its members. A credit union’s board is made up of unpaid volunteers from the membership, elected by members. This cooperative system ensures lower loan rates and higher savings than typically available at banks, which must maximize profits delivered to shareholders. In contrast, any profits received by the credit union flow back to the membership in the form of lower loan rates, higher savings rates, and enhanced member services. Mid Oregon is a big supporter of the communities they serve, and they offer children’s account to begin teaching children about the value of saving money.

Illnesses and injuries are hard enough—getting quick, affordable care should...

Headlines is a full-service salon located on Newport Avenue on...

Columbia Bank is ready to serve you with over 140...

aos Skincare is temporarily offering takeout and delivery, along with...

Located off 14th Street next to Goodlife Brewing in the...

I’m a photographer and traveler based in Bend, Oregon telling... 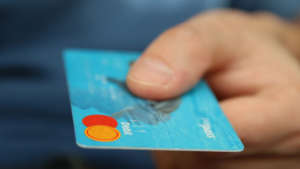