Rage Productions owner Sky Pinnick says, “My favorite thing to do is dangle from helicopters and point my lens towards the action,” and that should give you a pretty good indication of the type of work his company does. Based in Bend but on location around the world, Rage Productions … read more

Rage Productions owner Sky Pinnick says, “My favorite thing to do is dangle from helicopters and point my lens towards the action,” and that should give you a pretty good indication of the type of work his company does. Based in Bend but on location around the world, Rage Productions is a full-service video production company that brings people, scenery, products, and ideas to life with a heavy dose of imagination, thanks to Sky’s unique combination of art and technology. A few years ago, Sky decided one company wasn’t enough, so he also runs Rage Films, an adrenaline-fueled, action sports division of Rage Productions. Between the two, Sky has produced 12 action sports films, which have received recognition and awards from around the world. In 2011, he directed a documentary titled Boom Varietal, which focuses on the Argentine Malbec wine boom and received distribution worldwide. Currently, Sky produces a one-hour TV show for NBC Sports and Rally America, and works as a commercial director for companies such as Triumph Motorcycles, Nike, Garmin, and PetSmart, along with Northwest clients including Central Oregon Visitors Association and Washington Federal.

Safeway has three stores in Bend, one on NE Hwy...

Xcel Fitness on Bend's east side has been locally owned...

Baby's Away supplies all the items your little ones need...

Wellness Center offering yoga, aesthetics, and massage all under one...

Our small fleet of travel trailers are open and airy,...

Owned and run by a local family for over thirty... 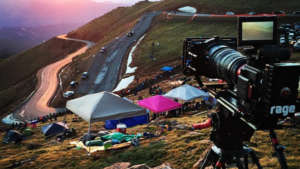