White Knuckle Studios on Bend’s east side by The Forum shopping center is a full-service video production company serving the Pacific Northwest and beyond. The founders have more than 20 years video and film experience between them and they are uniquely equipped to handle every eventuality. They don’t consider it … read more

White Knuckle Studios on Bend’s east side by The Forum shopping center is a full-service video production company serving the Pacific Northwest and beyond. The founders have more than 20 years video and film experience between them and they are uniquely equipped to handle every eventuality. They don’t consider it just their job, they love the craft and the story. With featured clients such as Whole Foods Market, Deschutes Brewery, and Habitat for Humanity, their portfolio varies from 15-second television commercials to full-length documentaries. They have filmed in Kenya, Uganda, Iraq, Mexico, Guatemala, El Salvador, Canada and the USA, garnering awards from the Bend Film Festival to the Bare Bones Festival. They are passionate about promoting causes they believe in, partnering with some of those causes. They strive for a clear, crisp image, believing that the detail in a shot can be the audience’s portal into the world they create, understand the philosophy behind camera movement, and know that lighting may be the single most important part of video production. While good lighting may not necessarily be noticed by an audience, bad lighting always will. They know how to move it, reflect it, diffuse it, and use it to their advantage.

Bend Premier Real Estate was founded in 2011 on the...

Oregrown is a standout among cannabis brands. As Oregon's premier...

Book the ultimate Photo Tour experience throughout Bend and Central...

Jinsei Spa wants to be your partner for custom care...

Located on Neff Road just across from St. Charles Medical...

Sher Ray is an innovative organic skin care company. Her... 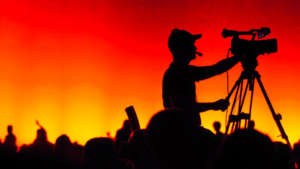