Spindrift makes some of the strongest dog gear in the industry—the original Spindrifter still lives and flies in the owner’s backyard after a decade of use, as they continuously strive for innovation. Back in 1999 he had been sewing climbing equipment and in his free time enjoyed skijoring (cross-country skiing … read more

Spindrift makes some of the strongest dog gear in the industry—the original Spindrifter still lives and flies in the owner’s backyard after a decade of use, as they continuously strive for innovation. Back in 1999 he had been sewing climbing equipment and in his free time enjoyed skijoring (cross-country skiing with a pulling dog) with his Husky mix, Max. Deciding to design and make his own skijoring equipment incorporating a bungee core into the skijoring tow line, it allowed Max to run in stride with the stretching function that then recoiled when the dog was closer. The strength and durability of the tubular nylon webbing used in climbing gear then became the basis of all of Spindrift’s dog gear in its collars, leashes, harnesses, and the Sprindrifter Dog Disc that has a rim on both sides and construction that is easy on your dog’s teeth when catching out of the air. Distributed by retailers nationwide, use their online locator to search by zip code.

Whether you’re riding on the road enjoying  Oregon’s Scenic Bikeways,...

Cascade Village Shopping Center boasts an ideal location on the...

Bend Factory stores is a versatile Shopping center with big...

Timeless, handmade heirloom dresses. Made for you and a lifetime...

Sunnyside Sports on Bend's west side has been getting people...

The Hub Cyclery calls itself "Bend Oregon's Hub for Bikes,...

Agia Sophia is a used bookstore in Bend with fresh...

J. Jill is a premier national retailer of women's clothing,... 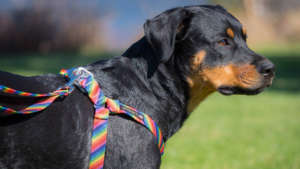